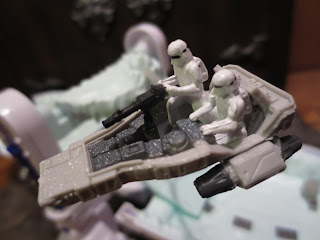 Today I'm actually heading to the 2016 HeroesCon in Charlotte, NC for a day of shopping for action figures and Batgirl stuff! If you see a pretty handsome Star-Lord running around with a toddler dressed like BB-8, come say hi: That's your old pal Barbecue17! While I hope you too can spend your day rummaging through bins of action figures and taking pictures with cosplayers, if you can't I'll leave you with a review of the final playset in Hasbro's Micro Machines revival. Released last year on Force Friday the R2-D2 playset opens up to reveal a scene from Starkiller base. R2-D2 originally appeared as a transforming playset in the original Micro Machines line (he opened up to reveal Jabba's palace and the Rancor pit) but he's such a recognizable character for something like this that I guess Hasbro just decided to use him again. Ready for a closer look at this set? Then join me after the break... 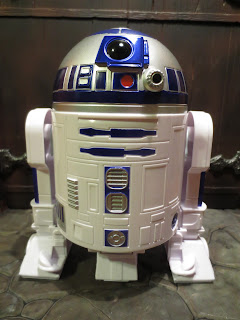 Non-Scalper Price: $20 (but I've seen these as low as $4 dollars on clearance at Wal-Mart). 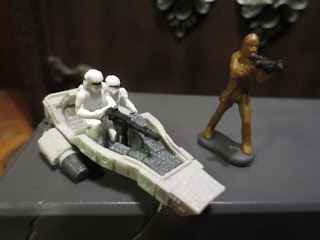 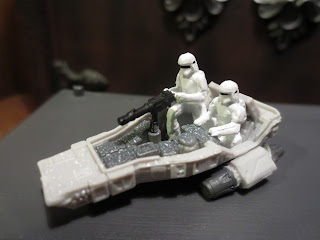 *The First Order Snowspeeder (also known as a LightInfantry Utility Vehicle) is one of the coolest Micro Machines ever made. I hate that these things got cut from The Force Awakens because they look like they would have been flipping incredible. The sculpt and paint on this vehicle probably can stand alongside the best of the Star Wars Micro Machines Galoob ever released. 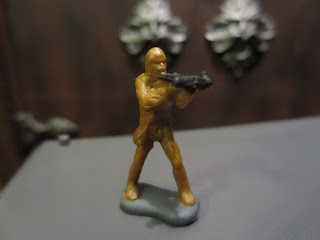 * Chewbacca did have a fair amount of screen time on Starkiller base so he's not a bad choice for this set. Of course if you're like me and still have your Galoob Micro Machines collection, then you probably have an entire army of Chewbacca microfigures. The paint color seems a bit off but I like the pose. It's a great action pose for playing with these little guys. 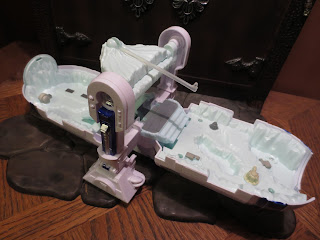 * The R2-D2 figure is really cool and I love how R2-D2 folds down in the back and front in the same manner as the First Order Stormtrooper set, which actually makes the play area rather spacious. It's easy to open (although a bit tricky to close). 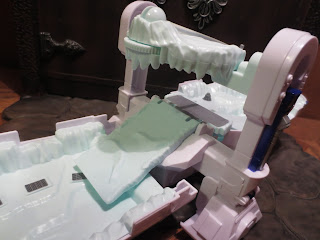 * Since the set expands into two halves that fold down, I do like how there is a bridge of sorts that keeps both sides connected. It's kind of cool to allow a "legitimate" way for figures and vehicles to cross over to the other side of the playset. 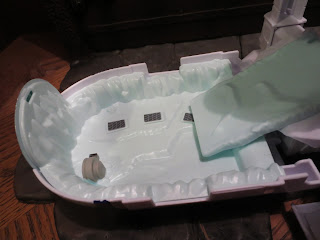 *Let's start by looking at the left side of the set. We have...nothing! Yup, other than a bit of ice and snow sculpting there are a few small grates (they're just stickers) and a generator of some sort. That's it! Other than standing figures around, it's just not terribly exciting. It's also weird how everything is the same color of icy blue; a little variation in color would have been nice. 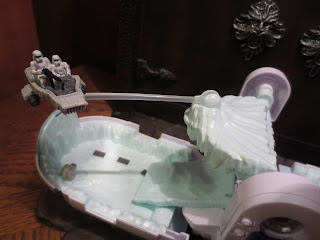 * Like every other playset released in Hasbro's first go at Micro Machines the only actual play feature is this clear plastic "flight wand" that you can put the Snowspeeder on to recreate it flying around Starkiller Base. There's a ridged disk that spins the flightstick around, allowing the attached ship to hover over the battlefield. It works well but it takes up a lot of space and I just don't find it that exciting to be honest. 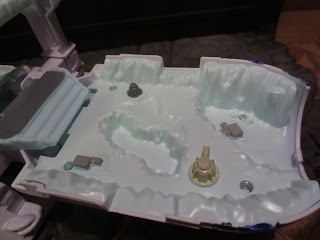 * Let's look at the right side of the set and see what we can find. Again we have...almost nothing! Sure, there's a bit of debris and a few crates scattered around the uneven terrain, but that's about it. I do like it better than the left side but it's still pretty dull. Not one play feature at all? What was Hasbro thinking? Is Chewbacca just supposed to stand around and shoot at the Snowspeeder flying circles around his head? Apparently. 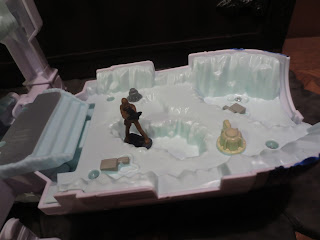 * Again, this is a playset with only one microfigure. That just doesn't make any sense at all and it's a bigger problem than even the lack of play features. Surely these little guys only cost Hasbro a few pennies, right? This set, reenacting some of the crucial moments from the final act of the film, should have come with a few other figures such as Han Solo, Rey, Kylo Ren, and maybe a First Order Snowtrooper. That really would have helped to sell these sets. Of course, Wal-Mart is offering these things at pretty deep clearance prices so it seems like I'm not the only one unimpressed by them. 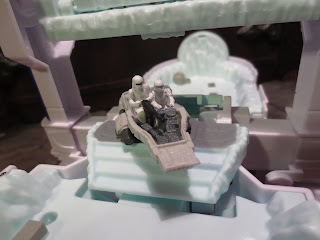 I love the First Order Snowspeeder: It's amazing. Other than that, though, this set is pretty average. Below average, in fact. It just doesn't have any charm or play features other than the wand that spins the Snowspeeder around the base. Looking at these sets, I really get the feeling that Hasbro just had generic instructions such as "snow world," "desert world," etc, with little actual knowledge or images from the film. The figures and vehicles feel like separate entities from the generic playset. if you find this for less than $10 dollars and you like Micro Machines, it's not terrible, but just wait to pick it up otherwise. It's really quite uninspired and dull, truly deserving of it's Eh and a 1/2 rating. There's one more Micro Machines set that we've seen advertised: A Kylo Ren transforming head. I'm hoping we get it not but because of the playset but simply because it'll be cool to see it sitting on a shelf alongside of my other transforming playsets.


If you're interested in other Star Wars Micro Machines from both Hasbro and Galoob, you're in luck:

If you're interested in seeing more reviews of the characters from this set, I can hook you up:

I also looked at the Black Series R2-D2.