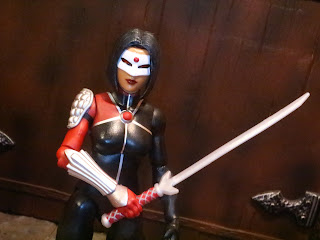 Today I'm checking out the second figure I found from the newest (and last) series of Mattel's DC Comics Multiverse figures: Katana! Katana has been around since July of 1983 (which makes her just a little older than me) and with her connections to Batman through the Outsiders and the Birds of Prey, plus her ever-growing role in media outside of comics, it's wild that it took Mattel this long to release a comic based Katana figure (though they did release one based on the Suicide Squad film). That was one of the weird things about Mattel's time with the DC license, though: DC Superheroes was doing a great job of mixing up Batman and Superman allies, then DCUC began giving us great classic figures before overloading us on modern Green Lantern characters. DC Multiverse delivered mostly media based, modern, and Elseworld's figures without going back and filling in gaps, yet somehow key Batman allies and villains like Katana, Red Hood, Alfred Pennyworth, Commissioner Gordon, Bluebird, Oracle, Hush, and others never got touched until the last series. When you're talking about the DC Universe we all have our favorites (I'd take Jack Kirby related characters, thew New Gods, and the Doom Patrol all day long) but Batman characters always seem to sell like hotcakes. Fortunately Mattel did go out giving us a whole series of great Batman characters, so that's something to be thankful for. Let's check out Katana after the break and see how she stands! 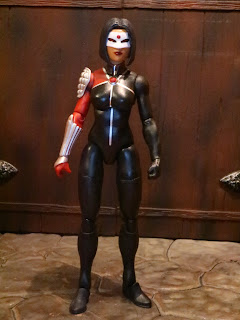 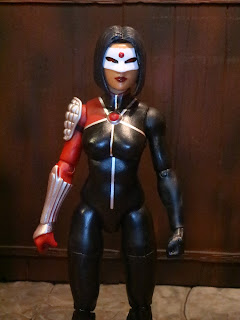 
* Katana is a great looking figure. She's decked out in her DC Rebirth era outfit which is probably my favorite costume of hers. Seriously, she looks really good as the black, silver, and red outfit just fits the character so well, making her look pretty menacing. It also helps the alabaster white of her mask stand out even more. Her outfit is quit simple, but the silver pads on her right arm definitely give her a much needed pop and a little bit of extra defense when leading the Suicide Squad (or, you know, keeping them in line). 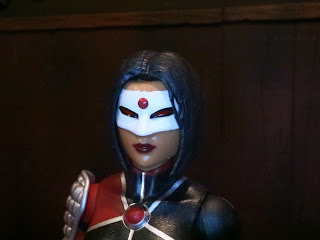 * The headsculpt is excellent. Honestly, Katana might have the best headsculpt of any of the standard figures in this last series. Her hair is accurate with nice detail in the individual strands and her mask actually looks like a separate piece rather than something just painted on her face. The eyes are really cool, too. Especially the black highlights around the red lenses. 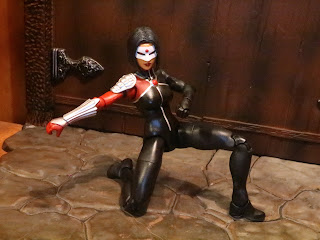 * Katana has very nice articulation that shows off the updated bodies Mattel introduced into the line last year. She's sturdy and most joints have a great range of motion, perfectly befitting a samurai like Katana. Seriously, she moves quite well and can take on some awesome poses. 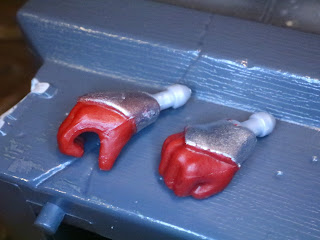 * Katana comes with two interchangeable right hands: One with a grip for holding Soultaker and another with a fist for punching rogue members of the Suicide Squad in the nose when they give her lip. They swap easily and the pegs are very, very sturdy. 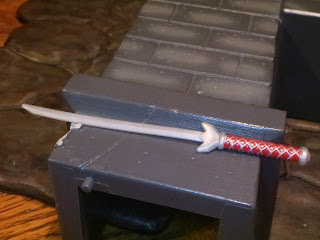 * Katana has to come with Soultaker, doesn't she? The sword is a bit light but the handle is nice with a neat, clean paint job. It looks good in her hands, too. 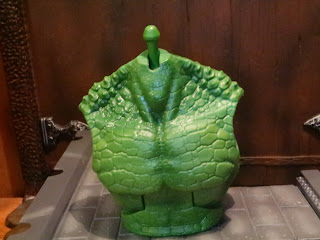 * Katana comes with Killer Croc's torso as her Collect & Connect piece. I'm really excited to build this guy. As of this writing I'm still missing Alfred but I have the rest of the series sitting here. Croc seems like he's going to be a really good figure. It's been a long time since Mattel's last comic based Croc (well over 10 years) so this guy is a welcome addition. 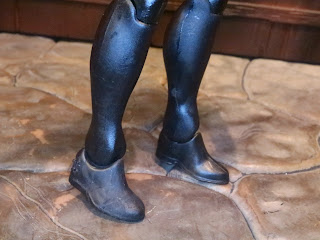 * A few of Mattel's DC Comics Multivere have his this weird, rough look to their plastic. I have no idea what went wrong here (a molding error or something?) but things just look off. 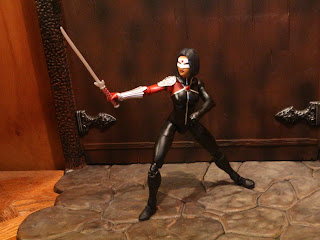 Katana is actually a really nice figure overall. The figure may be a bit more plain than some other figures, but it's true to the character design. I'm really glad to see her in the series before the end, though. This is the first 6-7 inch scaled version of Katana in this costume and she definitely fills in a key part of the DC Universe and the Bat family. While I'd love for Mattel to have another series or two of this caliber of character selection lined up, I'm just glad they finished strong. She's a Great figure and well worth tracking down for your Outsiders, Suicide Squad, Birds of Prey, or any team where you need a katana wielding professional.