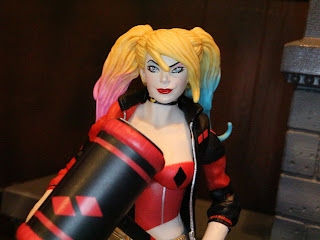 It has been over 6 months since the last series of DC Comics Multiverse hit but within the month or so the Aquaman movie series has shown up along with the newest comics based Walmart exclusive figures. Yeah, Walmart has two exclusive DC Comics Multiverse figures, Spoiler and Harley Quinn, and so far they seem fairly easy to find. Today's review is Harley Quinn and the packaging lists her as coming from Detective Comics. Has Harley even been in the Rebirth era Detective Comics book for more than a cameo? This is clearly Harley from either or self titled book or, possibly even, Suicide Squad. It really could be either. To be honest, it's not that big of a deal though because the figure looks fantastic and I am always down for new Harley Quinn figures. Let's check out the Harley Quinn Walmart exclusive figure after the break... 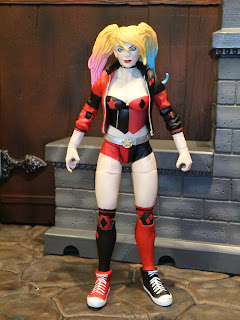 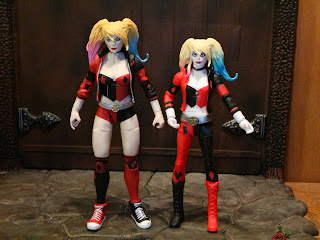 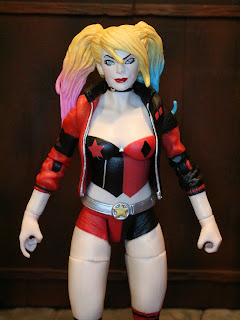 
* Harley Quinn looks excellent! I love the design and style of the figure. She really looks like a mixture of the characters as she appears in both the Rebirth Suicide Squad and Harley Quinn titles. The sculpt is very unique, not just a regular body with painted on details, as it feature's Harley's corset, wrinkles in her shorts, and her jacket. The red and black looks great together, too. The paintwork here is really very strong. 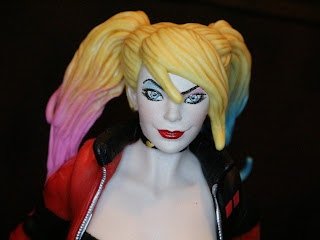 * I love the headsculpt. It's a perfect mixture of the Rebirth Harley appearances. Harley looks gorgeous here and the paintwork does justice to the sculpt. 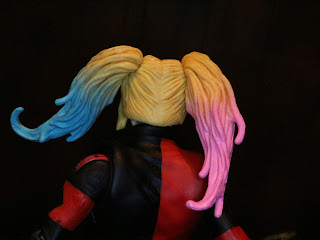 * Not only does Harley have her blue and pink pigtails but they're articulated, too! They each have a swivel joint at the base. 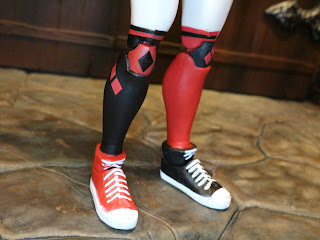 * Harley's shoes and socks are well painted with some pretty cool smaller details. 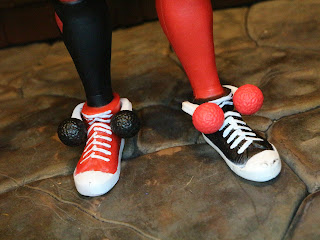 * Harley also has these odd little pompoms that can be attached to her shoes. They'll probably fall off quite easily during regular play and such but they so stay on well on display. They're not my favorite look but I'm glad Mattel included them as extras. 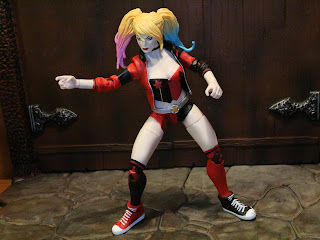 * Harley Quinn shows off the newer styled bodies Mattel is using for the DC Comics: Multiverse line. We've seen this articulation scheme used on earlier 2018 releases such as Jessica Cruz and Batwoman so it's nice to see it used again here. While Harley only has swivel wrists, she does have swivel/hinge ankles, which seems to be a first for DC Multiverse, right? She feels quite sturdy and a real step up from most previous releases in this series. 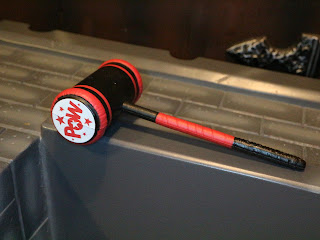 * Harley always has to come with a mallet! This one is painted red and black and has the word "Pow" written on the heads of the hammer. I dig it. 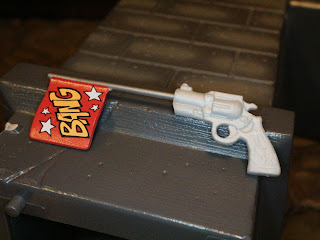 * Harley also comes with a cool two-piece revolver. The revolver can be just a standard revolver (Harley does love to shoot people) but you can also plug the little "Bang" in the barrel for comedic effect. This is another very cool extra. It really feels like Mattel put a ton of effort into this release. 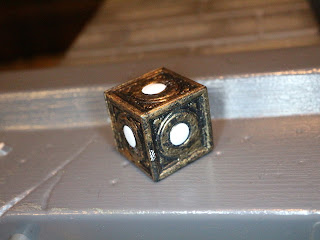 * The upcoming Multiverse series is scheduled to include a Build-a-Figure of a Rebirth Super Lex Luthor. While the four figures in the upcoming series will build Lex, Harley technically has a Mother Box accessory that is intended to be used with the figure. Of course, it you're not going to build it, then it's just a Mother Box for Harley to play around with. What's the worst that could happen there, right? 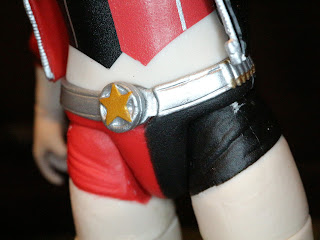 * I love the belt that is permanently attached to Harley. I don't like that it looks like it's coming undone. Not really any way to fix this that I can tell, either. 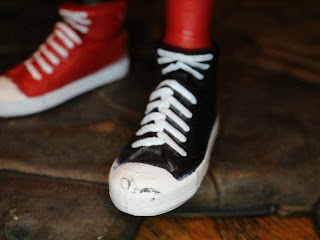 * Oh no! Grass stains! Oh wait, it's black. Must be tar. Seriously, though, there is a pretty noticeable paint error on Harley's shoe. 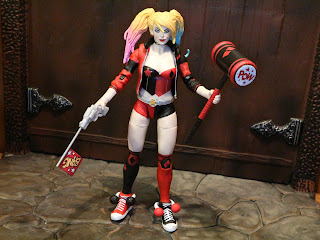 You know what? Harley is easily one of the best releases to come out of the DC Comics Multiverse line since it started in 2016. While we've only received a few figures in 2018 thus far, Mattel definitely seems to be putting more effort into making some quality figures. This is the first comic based Harley released in this line since... well, probably the Mad Love 2-pack from the DC Universe Classics Days. Harley Quinn is an Epic figure and a pretty impressive release. Track her down at Walmart if you want her. She seems to be fairly easy to find thus far and she's well worth the hunt.