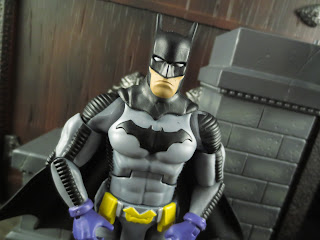 DC Comics' divisive New 52 "reboot" has technically come to an end (soon to be replaced by Rebirth) and I have to say that I'm kind of sad to see it go. Of course, my experience is with the books related to Batman and the goings on in Gotham, which didn't seem to be as problematic as other areas of the new universe. I'm really not sure that the flagship Batman title has ever had a stronger, better run of solid story arcs than those we've seen delivered by Scott Snyder and Greg Capullo. One of the things that was rather bizarre about the New 52, though, was the timeline suggested for the new story. With the Batman timeline, Batman was supposed to have only been active for 5 years. Those must have been 5 extremely busy years considering that Dick, Jason, Tim, and Damian all had been Robins during that time and then moved on to their other respective roles, as well as having Barbara be Batgirl, suffer an injury, and overcome it again. The point is that DC did a poor job with setting things up as for the longest time it seemed like many Batman books taking place prior to the New 52 were still canon. A couple of years back we were finally given an origin story for the New 52 Batman, though, through the year long series Zero Year. It turned out to not only be a great book but also nicely helped to define the New 52's Batman on his own rather than just as a continuation of the previous Post-Crisis Batman. In Mattel's recent DC Comics Multiverse series the first Batman figure chose for the new main line (and not the Batman v. Superman or The Dark Knight Returns) is the Zero Year version of Batman. DC Collectibles released a version of this guy a year or so ago but it's cool to see this really cool new design getting some more love. Ready for a closer look at the Zero Year Batman? Then join me after the break... 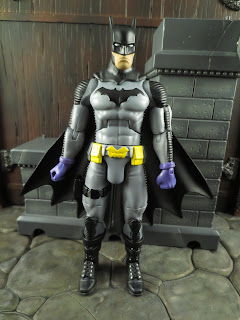 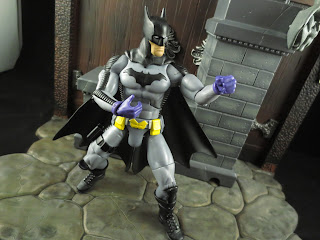 * While this line still seems to be reusing some parts from previous lines like DC Universe Classics and DC Universe Signature Collection, Mattel also seems to have added in some new elements. Rather than the H-hinged hips of previous figures, Batman has more natural swivel/hinge hips and swivel/hinge wrists, too. He's a sturdy, well articulated figure that I find myself always wanting to pick up and play with. That's a winner in my book. 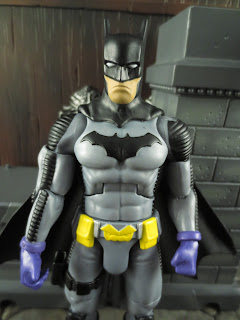 * Mattel did a pretty nice job on the sculpting and paintwork here, too. There's hardly any reuse from other figures (so far as I can tell, anyways) and they managed to very accurately recreate Batman's Zero Year outfit. Inspired by his first appearance outfit, Batman's Zero Year design is a mixture of gray and black with some very cool purple gloves. This is a great Batman suit that still captures all of the classic familiar elements while still being noticeably unique. There are some great elements to this figure that show Mattel working to be accurate to the figure rather than just striving for "close enough" such as the raised batsymbol sculpted on the chest and the very Greg Capullo inspired headsculpt. Between this Batman figure and the Joker, I'm really excited to see how more comic inspired Batman figures from this line. 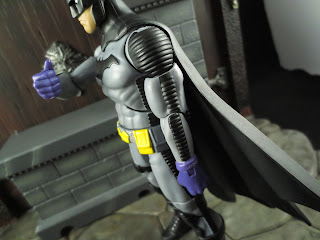 * I love the armored ribbing all over the costume. This is another element that probably cannot be reused but that really sets the Zero Year costume apart. It looks great and the paintwork is fairly clean and consistent all over.I love these really unique details on the suit and I hope we continue to see stuff like this in the Multiverse line. 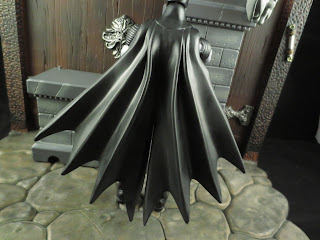 * The cape looks really cool and is actually a bit different than your average Batman cape. There's a split in the middle that gives it a more wing-like appearance. It doesn't separate (which would be cool) but it does at least suggest the possibility that it might. 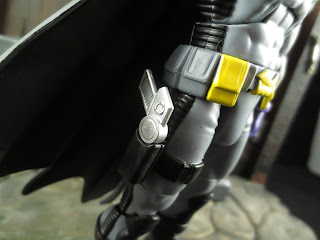 * Bruce carries a grapnel gun on his right hip in a holster as part of his Zero Year costume and Mattel has made sure to include it. The grapnel gun is removable from the holster and fits in nice and snug. It also seems very appropriately sized, too. Nice work, Mattel! 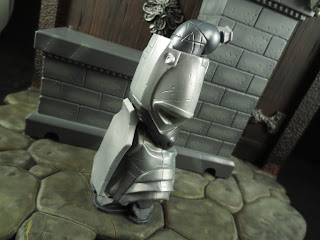 * With the swap back to 6 inch figures, Mattel has also jumped back in to offering Collect & Connect figures. This series of 6 figures comes with the pieces to assemble Batman's Justice Buster. This seems like a pretty decent BAF. Batman comes with the right leg, which features a hinged knee, a swivel thigh, and swivel/hinge hip. I still am not sure if I'm going to build this figure yet (I'm not that interested in Flash, Arrow, Reverse Flash, and Earth 23 Superman. If you're interested in selling or trading some of the extra pieces let me know. 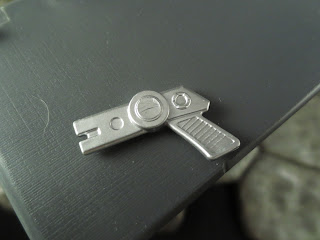 *I love the look and sculpt of Batman's grapnel gun. What I don't like, though, is the rubbery plastic it was molded in. Not only is it tough to get it properly in his hands but it also caused it to come warped in the package. 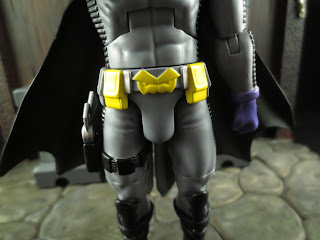 * I'm just going to say it: Batman has a massive crotch bulge here. I'm not sure if Joel Schumacher helped design this costume or not but Batman's crotch piece seems really, really oversized. Unless he has a grapnel gun concealed in there similar to Sex Machine from the movie From Dusk Til Dawn, I think someone overcompensated a little bit here. 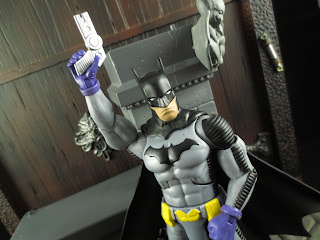 I really think that Mattel is doing a pretty good job with the DC Multiverse line. So far there's  been a decent amount of diversity between this line, the Dark Knight Returns line, and the Batman v. Superman line, but there's also been quite a few Batman figures. I don't mind, though, and this is another really good one. Great, actually. I don't own the DC Collectibles version to compare but I do think this is a really strong figures with some noticeable improvements over figures from the previous DC lines. This guy is definitely worth picking up if you're a Batman fan, so check him out!

I've reviewed a few other figures from the various DC Comics Multiverse series, including:

Of course, I've reviewed plenty of other Batman figures as well, including:

Young Justice: Invasion by Mattel
Batman
Posted by Barbecue17 at 3/29/2016