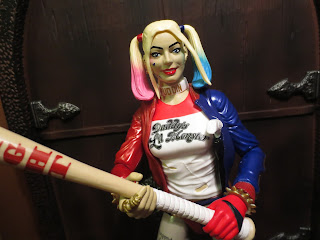 As a big DC fan, primarily of anything related to Batman, I'm insanely excited for Suicide Sqaud. Not only are we going to get a new interpretation of the Joker and more of Ben Affleck's excellent Batman but we're getting a ton of new characters who have never made it to the screen before. Most significantly, I'm talking about Margot Robbie's Harley Quinn. While I'm hoping that Suicide Squad manages to take the attitude, fun, and irreverent tone of Guardians of the Galaxy and mix it with the DC film universe's darker characterization for a really unique treat, at this point I think the movie could be just 2 hours of Margot Robbie's Harley Quinn reading wikiHow entries and I'd still enjoy it. Harley Quinn is one of those characters that I'm proud to say was created for Batman: The Animated Series during my childhood who has become truly an A-list character. That's amazing to me and I'm excited to see Harley get the recognition she deserves. I have the feeling that Margot Robbie is going to knock this thing out of the park and I can't wait to see her do that! This leads into today's review of the DC Comics Multiverse: Suicide Squad 12 inch Harley Quinn. Yes, while Suicide Squad doesn't have a kid friendly tie-in line (can't really blame Mattel for that)  they do have a robust offering of figures in the 6 inch Multiverse and a few 12 inch figures. The 12 inch stuff was never even on my radar but last week I was coming home from vacation and disappointed that I hadn't yet found any Suicide Squad figures yet. At a stop at a Toys R Us on my way home I found the Toys R Us exclusive Joker (probably reviewing him tomorrow) and this Harley Quinn. I picked her up and I'll go ahead and say that I'm glad I did. I'm not too interested in the rest of the series but the fact that I could buy a 12 inch Harley at a Toys R Us was a pretty thrilling experience. Let's check this figure out a little more closely after the break... 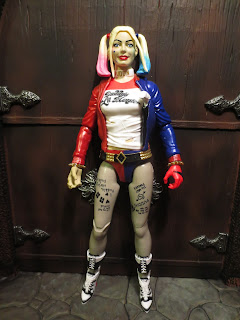 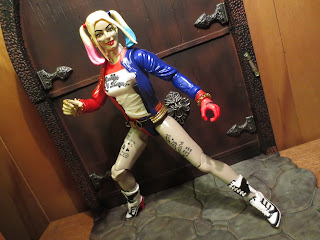 * This figure isn't as articulated as her 1/12th scale siblings (whom I'll be reviewing soon) but she does have more movement than you might expect. When I first heard about these 1/6th scale Suicide Squad figures I thought they'd be kind of like the "shampoo bottle" Titan Heroes from Hasbro. It turns out, they're really like upsized standard Multiverse figures with a bit less articulation. She's actually really fun to pose and play around with. 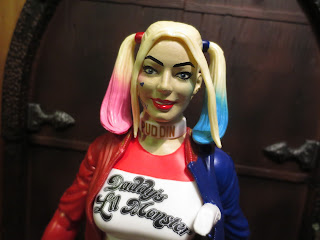 * I'm not going to argue that this is a perfect likeness of Margot Robbie (it's not) but it is a pretty good Harley Quinn likeness. I mean, there's no way you could look at this figure and not know who it is. I love the paintwork on the hair and the face (she has some little tattoos or sharpie scribble) and the "Puddin" collar. There's also plenty of ear piercings. 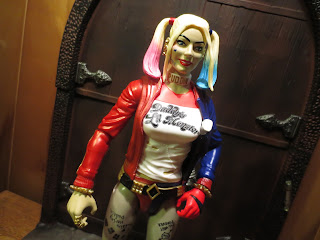 * This really is a nice looking figure. No, it's not the same level of quality you'd see in a 12 inch figure from Hot Toys, Sideshow, Asmus, or Star Ace but, for a figure I picked up from a Toys R Us for $30? She's pretty impressive. This is already becoming an extremely recognizable outfit for Harley and all of the details such as her unusual rings, bracelets, and the belt are accounted for. The print is also good on the front of her shirt and the colors seem spot on. 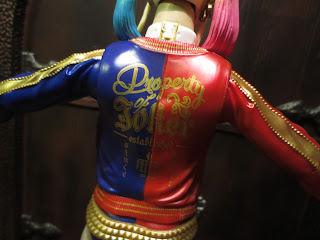 * Turn Harley around and you can see not only the gold trim of her jacket but also the words "Property of Joker; established since 4ever; PUDDIN FREAKY style." That's a mouthful but it seems highly accurate to the character's jacket from the film and the print is really neat and clean and very legible in person (I hate that I got so much glare in this shot; between that and the gold print it's tough to read here). It's also one of those crazy things I didn't expect to see on a mass market figure from Mattel. Puddin freaky style? I don't know what in the world that even means! 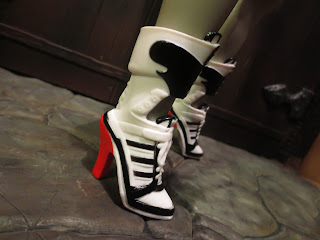 * Not only do Harley's boots look really cool but can can actually stand pretty well on them, too. The heel is a little larger than you might expect and gives her a good base to stand on. 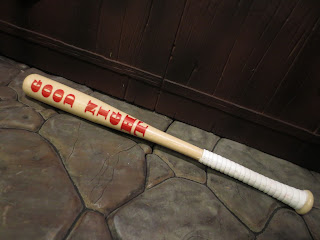 * Harley's baseball bat isn't as detailed as it appears in trailers and film stills but it still manages to be a pretty nice accessory. The wrapping on the handle is painted rather nicely as are the printed words on the main body. Good night, indeed.

* I don't usually talk about packaging but I will absolutely point out that this incredible portrait of Margot Robbie as Harley Quinn is on the side of the box. That's absolutely a positive. 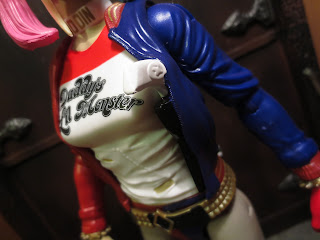 * Harley has a pistol tucked into a shoulder holster peaking out from under the left side of her jacket. I like the detail but I'm not liking how it was pulled off. It just looks really awkward. Honestly, Mattel should have either made it a removable accessory or just left it off of the figure altogether. 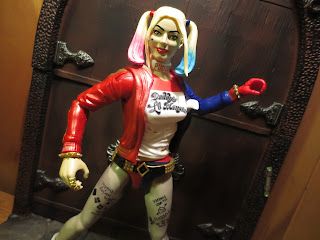 * Something that's a bit off-putting about the figure is that Harley's torso feels a bit hollow. I wish she had a bit more heft to her, especially considering the price. 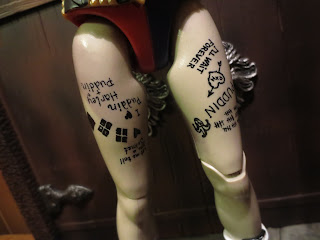 * I like the various writing and such on Harley's fishnet tights. What I'm not digging is the fact that Mattel couldn't work out anything better than toning the plastic to represent Harley's fishnets on a 1/6th scale figure. What gives? 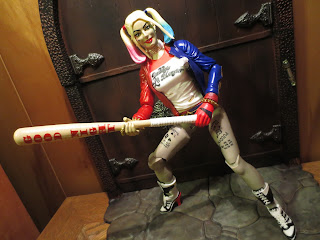 This figure isn't going to be everyone's cup of tea simply because 1/6th scale collectors have a pretty clear idea in mind of what they expect and this isn't that. I'm totally excited to see how Hot Toys handles Harley Quinn when they inevitably release her but this figure is fun in a more casual way. Heck, it's insane to me that we can buy a Harley Quinn figure in this outfit under Suicide Squad branding at retail. That's incredible and not something I thought would happen. Harley's a fun toy to decorate your desk or shelf with and is gets a Good and a 1/2 rating from me. She's really well done and rather fun to fiddle around with while watching TV or something.


I've reviewed a bunch of other DC Comics Multiverse figures from Mattel, too, including: