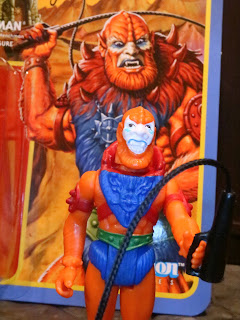 Since the main focus of today is the kick-off of The Scream of 31 Days of Toy Terror, this review of Super7's Masters of the Universe ReAction Beast Man in his Leo Toys colors is going to be a short one. Leo Beast Man is a simple variant like the recently released Leo Skeletor and Faker that utilizes the colors of the vintage Indian releases of the characters. It's a slightly different Beast Man variant and one that I almost skipped, but I don't actually have the early Beast Man release, so I went ahead and snagged this one. He's a pretty minor variant but still an interesting addition to the collection and a conversation piece if you hang around a cool crowd (which would be any crowd interested in international 1980s Masters of the Universe variant action figures). Let's check out the Leo Beast Man after the break... 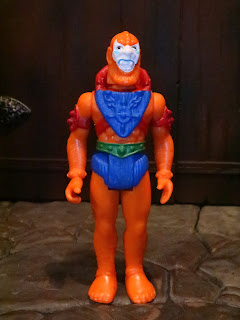 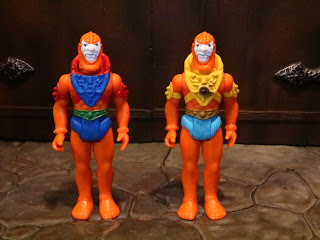 * On the left is the Leo Beast Man while on the right is the Beast Man with Weapons Pack release. They're both based on the standard Beast Man figure and there really isn't much difference between them other than the colors of the armor, which is indeed the biggest difference here. Check out that review for the full rundown of the sculpt and such. 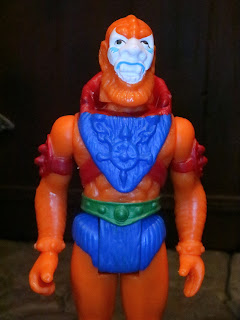 * The Leo Toys Beast Man seems to have some variations involving the amount of blue on the neck armor, but the most desirable variants seem to be the figures with mostly blue armor. It's an interesting look that does differentiate the figure from the other releases. Whether or not it floats your boat or not depends on how much you like these obscure variants of the vintage MOTU crew. 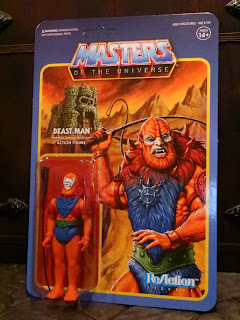 * The card art on most ReAction figures released by Super7 is beautiful and their Masters of the Universe line is no exception. Beast Man features the same beautiful illustration from the standard figure, illustrated by Jason Edmiston, but now he's got the blue armor details. To preserve the card I actually made a slit in the top of the blister so I can slide the figure in and out. It work great and allows the figure to be displayed inside and outside of the card. I've got mine hanging on a metal pegboard similar to what you'd see in a retail store! 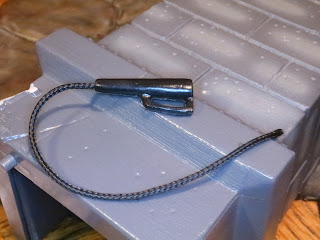 * Beastman's whip is smaller than the vintage accessory, but it feels exactly the same: A plastic handle with a small black cord. He can hold it in either hand (he can either grip the small hand guard or slide his left hand through the hand guard) and it definitely completes the figure perfectly.

* The Leo Beast Man seems to have a red whip with a black handle. That would have been a cool detail to really complete thus guy, wouldn't it? 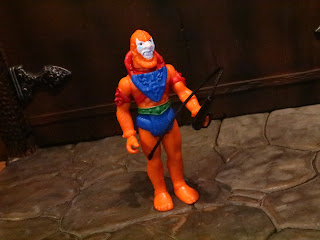 I really like Super7's ReAction Beast Man. I really think he's one of the best translations of one of the vintage toys into the Kenner style and this version, while not a major variant, still looks pretty cool. Giving him the red string for his whip would have been just aces but as things stand, this is still a Great ReAction figure. Maybe not one everyone is going to be tracking down, but I do believe there are enough MOTU fans out there who dig these interesting variants that someone will be happy. Seriously, there has to be someone who's been championing a ReAction version of the vintage Leo Toys Beast Man in this line. Here you go, friend! Glad you got your wish!