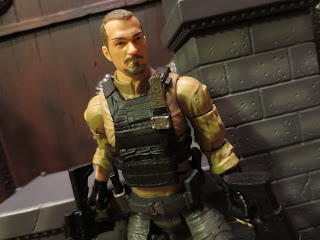 Today's review is a look at the second of two Wal-Mart exclusive figures from Mattel's DC Comics Multiverse Suicide Squad subset: Rick Flag. Played by Joel Kinnaman (Alex Murphy/ RoboCop in the remake), Flag is the guy who is put in charge of the on the ground supervision of the Suicide Squad. Originally Tom Hardy was cast in this role but he had to bow out due to filming conflicts with The Revenant, so Kinnaman is in playing a character who has had a pretty long history in DC Comics with little recognition. I found this figure in a bunker display at my local Wal-Mart around July 11th and he seemed pretty plentiful at the time. Since then I haven't seen any of the Suicide Squad figures at any other Wal-Mart stores, though, which is kind of odd. Hopefully you're having good luck in your area finding these guys! Let's take a look at Rick Flag, a figure I'm pretty glad I found so early. Wal-Mart exclusives can be insanely hard to find due to their haphazard stocking practices! 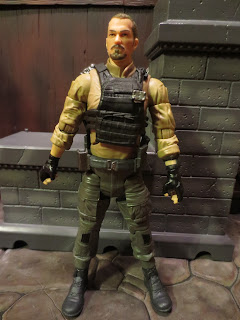 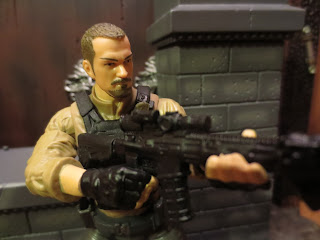 * I'm going to talk about the articulation on this figure in a minute (spoiler: It's not great) but I do want to give some props to the figure due to the fact that Rick can take a fairly natural two handed firing pose with either weapon he comes with. I'm digging that he can do that and he looks much better displayed like this! 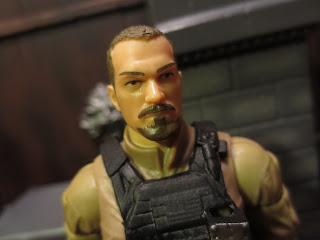 * Looking at pictures of Kinnaman, I think this is a pretty good likeness. Not perfect and certainly not up to the quality I'd expect from a company like NECA or DC Collectibles but, for a Mattel mass market release, it's a good likeness that does a nice job of capturing the character. The paint work is pretty neat on the facial hair, too. 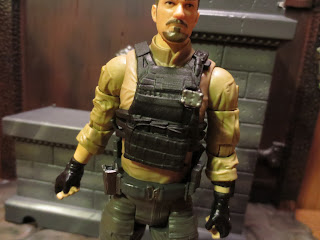 *There's a nice amount of detail on this figure, particularly on Flag's tactical vest. It's a separate, non-removable piece that fits snugly over his torso. The sculpt is a bit soft but it works for the figure. You can also see that it has a holster for the pistol on his right hip and a sheathe for the knife on his left breast. That's awesome. 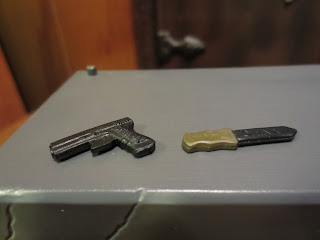 * To help Rick always have some weapons at hand he comes with a small pistol and a knife. The pistol is simply molded in black plastic but the knife does have a brown paint application on the handle. They're cool little accessories and definitely seem like something Flag would carry. Also, he can stow both of them as just mentioned. 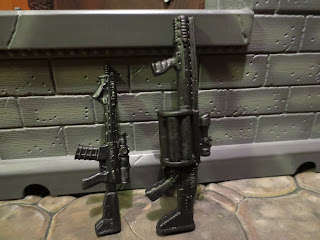 *Rick's arsenal is pretty wicked. He comes with the Heckler & Koch HK416 he's carrying on most of the promo pictures (the modifications on the weapon seem to really accurately match up with the film prop) and a massive grenade launcher that kind of looks like a Sage Control GL6 Rotary launcher. Both weapons have a decent amount of detail and manage to be far less rubbery than I expected. They're pretty decent accessories, really. 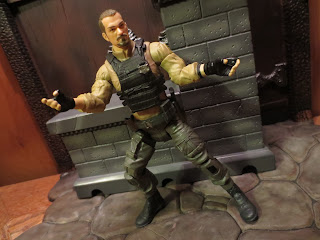 * The articulation on Rick Flag is quite a bit stiffer than on most other DC Comics Multiverse figures. He feels sturdy enough but there's not that many great poses you can out him in. As mentioned above you can have him hold his rifle with both hands, but that's about it. His elbows, ankles, knees, hips, and head all have a really limited amount of movement. 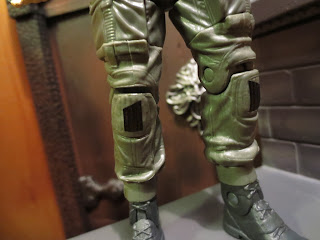 * The other thing I'm not quite digging with this figure is that the paint applications are fairly sparse. I mean, they seem accurate to the film, but some weathering or a wash here and there would really bring out the life in this figure. Mattel went all out with a new sculpt (so far as I can tell, anyways) and it's a shame that it's not getting the full treatment to be as impressive as possible. 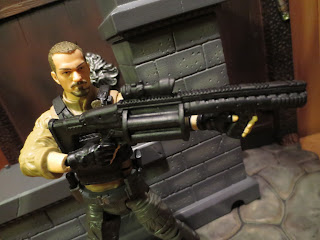 Rick's not a bad figure at all. I'd give him a Good and a 1/2 due to his pretty solid sculpt and the number of accessories he comes with. I really wish Mattel had paid a bit more attention to the base body, though: I love how many unique sculpts we're getting but when they have such a limited range of motion that takes some of the fun out of things. Adding points of articulation might cost more money, but making sure that the points already present have a solid range of motion? That's design work that needs to be worked on. Still, this guy's worth picking up if you're building a Suicide Squad roster. Who knows if we'll see another Rick Flag figure in the future, y'know?


I haven't reviewed any other figures of Rick Flag (I'm actually pretty sure this is the first action figure he's ever received) but I have reviewed plenty of other figures from Mattel's DC Comics Multiverse line, including: