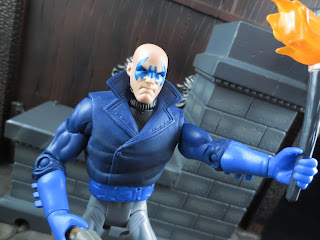 Today I'm looking at the second figure I purchased from Mattel's new Wal-Mart exclusive DC Comics Multiverse subset: A Son of Batman from The Dark Knight Returns. What is really exciting about this release is that we've never received an action figure of one of the Sons of Batman before. After defeating the leader of the Mutants in the story, many of the mutants decide to adopt Batman as their new leader and wage war on crime, although they opt for much more violent methods until Batman can reign them in. While Son of Batman is a generic name for a member of the gang the Sons of Batman, this figure is based on a very specific and recognizable individual from the comic. Frustratingly, while the Son of Batman might be the most desirable figure in this series, he's also the shortpacked one. Funny how that works out, huh? Let's take a closer look at this guy after the break... 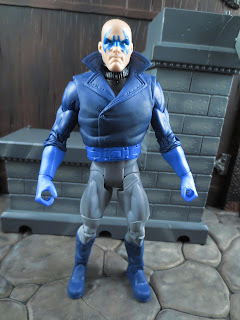 The Facts: Son of Batman

Accessories: Shotgun and a torch 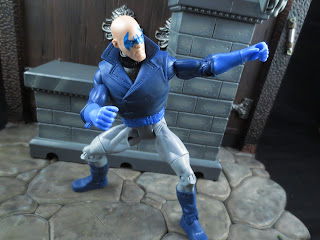 * While Batman and Superman in this series are built like Masters of the Universe Classics figures, the Son of Batman is built like a traditional DC Universe Classics figure. I don't like his joints quite as well as Batman's, but he still has an excellent range of movement and has great durability. He really is a fun figure that I like way more than I ever expected to for some reason. He just looks great in so many crazy poses. 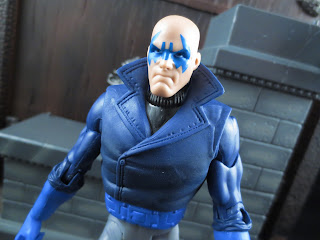 * Do you recognize the Son of Batman's jacket? I didn't at first since it looks so much like the comic artwork but it turns out that it is reused from the DCUC Guy Gardner figure. Pretty wild bit of reuse, right? I'm really digging the look. It really does nail the style aesthetic of the Sons of Batman in DKR and gives the figure a bit of extra bulk. 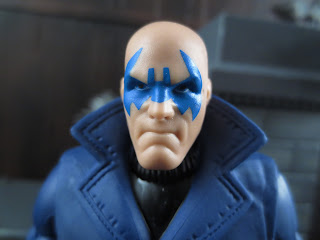 * This headsculpt is incredible. Mattel did a stellar job on capturing this particular character from the comics and rendering it in plastic. The larger chin, pronounced laugh lines, and piercing gaze really do give this guy a very chilling appearance. It manages to capture some of Frank Miller's art style but keeps it still within the aesthetics of Mattel's typical work on DC figures. The paintwork on the Bat emblem on over his eyes looks good, too. This is just an incredible headsculpt! 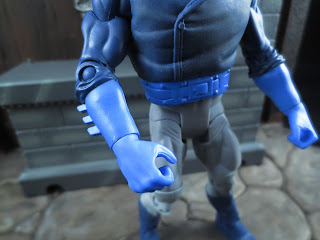 * I'm digging the short gauntlets on the Sn of Batman's forearms. They look both really slick and really functional. It's cool seeing the little elements these guys added to their Mutants outfits to show their change in allegiance to Batman. 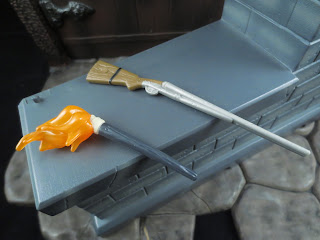 * The Son of Batman is the most well accessorized figure from the first series as he includes both a double barreled shotgun and a torch. Both accessories look pretty nice considering the more minimalist style of the details, and they both are actual accessories you can see in the panels of the comic and in the DKR animated film. 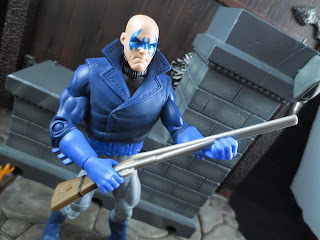 *I only have two complaints about the Son of Batman and both have to do with his shotgun. First, there's no pistol grip allowing him to hold it properly. Secondly, the painted wood doesn't cover everything that looks like it should be wood on the gun itself. 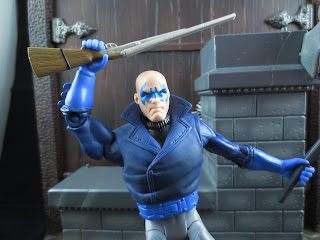 Getting this DC Comics Multiverse sub-line was a nice treat and having a Son of Batman in the series is even better. It's not everyday that we get a brad new character from the Batman mythos as a 6-7 inch action figure, so being able to add this dude to the collection is a cause for celebration. With an excellent headsculpt and some pretty sweet accessories, this guy is definitely my favorite figure in the line. I'm giving him a Great and a 1/2 and would definitely recommend that you keep an eye out for him. He's bound to be fairly popular among DC collectors for sure.
This is the first figure of a Son of Batman available, so I haven't reviewed any others. I have reviewed the Batman from this same series though, as well as a few other DC Comics Multiverse figures: