The Scream of 31 Days of Toy Terror: Frankenstein from Universal Monsters ReActin by Funko 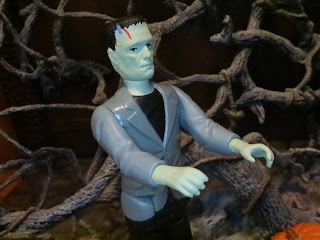 I checked out the Bride of Frankenstein earlier this month, so now let's check out the monster himself! Behold, Frankenstein! Or Frankenstein's monster, if you're pedantic. Anyways, Frankenstein is one of the big leaders in film monsterdom and absolutely an iconic character of film (he's big in literature, too, but c'mon: This version is based on Boris Karloff's portrayal of the monster from the 1931 film. If you've never watched the Universal Monster movies, you really ought to go back and do so. Most of them really hold up well and they have so much atmosphere! Frankenstein was part of Funko's Universal Monsters ReAction line from back in 2014 which turned out to be one of the best lines they put out. Super7 has been redoing a lot of these figures, so fans of the line might want to check out those too. For now, I'm content with this series though I wouldn't mind adding a few of the new characters Super7 has made to the collection. Let's check out this Kenner styled Frankenstein after the break... 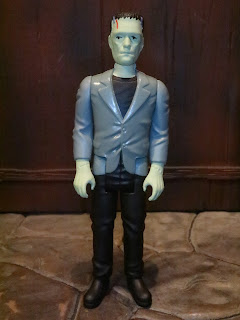 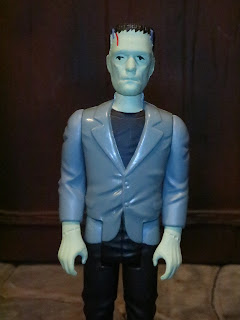 
* Frankie looks great here and definitely is presented in his most iconic look: Ill-fitting gray coat, black pants, and some big, black boots. These were designed to ape the style of vintage Kenner Star Wars figures and Frankenstein does a great job of that. He looks like a figure from later in the line thanks to some of the finer detail in the sculpt but, overall, he's superb. 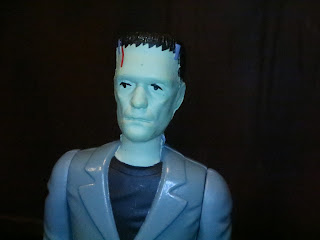 * The headsculpt is pretty good. Again, these figures capture a likeness of the character and not direct actor likenesses, but take a look at this and you'd know immediately who it was supposed to be. The paintwork on the hair and the staples is quite clean and there is even some nearly microscopic stitching around Frankie's ears. 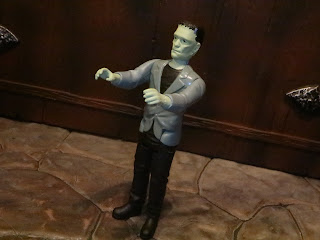 * Like a vintage Kenner figure, the monster features swivel hips, swivel shoulders, and a swivel head. He feels like he's made of a much higher quality plastic than many of the other ReAction figures from the Funko era. The "stiff" design meshes well with Frankenstein's demeanor and he stands well and looks great with most other action figures of a similar style. 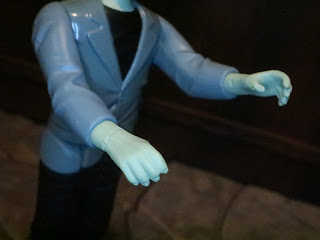 * I like how Frankensten's arms aren't just standard c-grips. They're actually designed to look like he's stretching them out. Maybe he's just walking around or maybe he's getting ready to strangle someone? 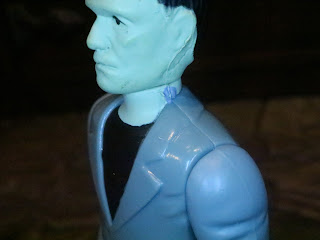 * Frankenstein does have bolts on his neck but they're kind of lame. They're just little paint globs, really. I would have liked for these to have been a bit more pronounced, as they would seem like a selling point of a toy of this sort. 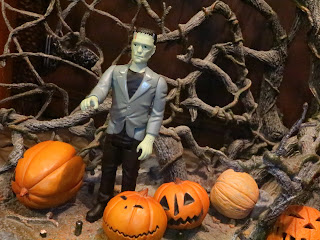 Frankenstein definitely is recognizable, and I can't think of many Kenner styled action figure lines that couldn't be improved by the presence of Franknstein's Monster. He's a Good and a 1/2 figure who really mixes with this style nicely. There really haven't been that many Universal Monsters toys lately and it'd be nice to see a company making modern styled action figures get the license. Dang, imagine what NECA could do with full access to the Universal Monsters license?

For more Universal Monsters ReAction figures, check out the following:
The Bride of Frankenstein
The Invisible Man
The Mummy
The Phantom of the Opera
The Wolfman
Posted by Barbecue17 at 10/26/2019