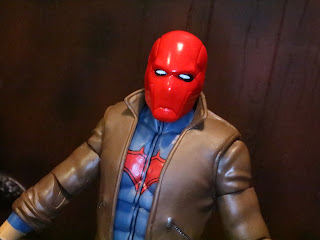 Today I'm checking out the third figure in Mattel's final series of DC Comics Multiverse figures and it's a character I've wanted to see in Mattel's DCUC/ Multiverse line for years: Jason Todd as the Red Hood. One of the main members of the Bat-family, Red Hood has been a key player in the DC Universe for years though he hasn't gotten much attention toy wise. DC Collectibles just released their DC Essentials Red Hood a month or so ago and Mattel's has been hitting shelves for around the same amount of time. The last series of DC Multiverse figures really does fill in some gaps in the Bat-family, so it's a welcome series, although it does have lots of little weird issues that just seem like very Mattel things to do. For instance: Red Hood doesn't come with pistols. Now, let's think about how little sense that makes since the Red Hood's primary weapons are pistols. He always carries and uses pistols. If Mattel had made some better choices and had a bit better character selection over the past few years, maybe things might have been different. Starting in 2020 McFarlane Toys is going to be making the DC figures we see at mainstream retail. For now, though, let's see how Mattel's Red Hood fares. Join me after the break... 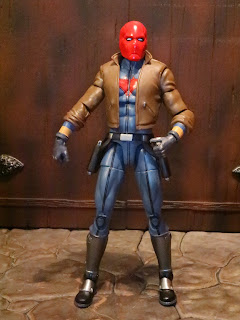 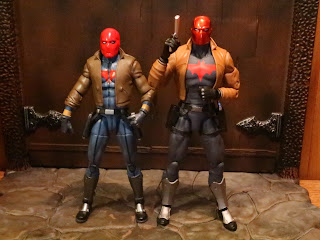 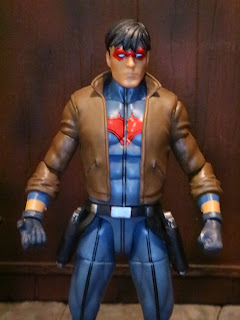 * Red Hood is a pretty nice looking figure and, so far as I can tell, his jacket, arms, and boots are all new. I'm sure his torso and hips are reused, but I can't place them. His suit looks really nice and has painted lines down the front to give it a bit more of a modern vibe. The jacket looks fantastic (I like the rolled up sleeves) and the red bat-logo peeking out from underneath also looks pretty slick. 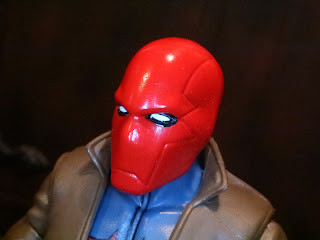 * The main portrait for the figure is the armored Red Hood helmet. It looks just like its comic counterpart with etched lines on the sides and solid white eyes. It's a good size and shape and it swaps out easily with the other portrait. 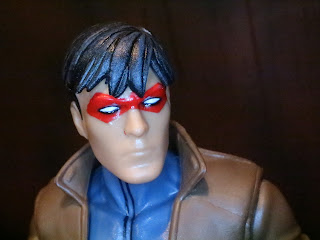 * The second portrait is Jason Todd's unmasked head. He's got a bit of a messy (but still stylish) haircut and a red domino mask. It's nice to have a couple of display options with the figure. Plus, when you're displaying Jason like this you can have him holding the helmeted head as if it were just a helmet. 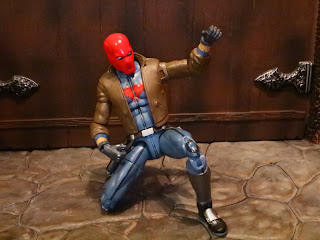 * The arms aren't perfect but the rest of the articulation isn't bad at all. Mattel has really improved their articulation in the line over the past two years, so it's a real shame that the line is ending just as they're getting things more modernized. 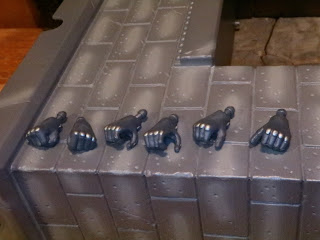 * For some inexplicable reason, Red Hood has no handheld accessories but comes with six alternate hands. He has a pair of fists, a pair of standard grips, and two right handed pistol grips (the fingers are in slightly different positions). They swap out petty easily and feel sturdy, so no real complaints here. He just doesn't have anything to use them with, though. 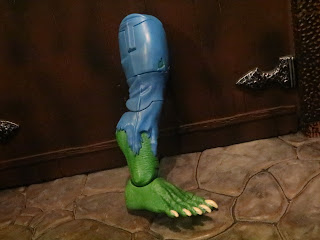 * Jason comes with Killer Croc's right leg as his Collect & Connect piece. I'm really excited to build this guy. As of this writing I now have all of the figures in the series, so I'll be getting to Killer Croc soon. Croc seems like he's going to be a really good figure. It's been a long time since Mattel's last comic based Croc (well over 10 years) so this guy is a welcome addition. 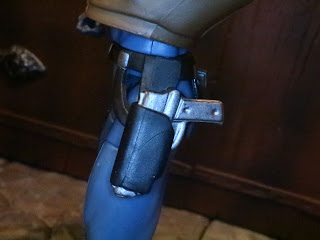 * Not only did Mattel not give Jason his signature pistols as accessories but they made them permanently attached to his holsters. Yes, his holsters aren't functional. That's one of my biggest pet peeves. Why? Why??? Seriously, this guy just bums me out by how good he could have been. This is such a weird, rookie mistake, and I don't know why Mattel chose this. 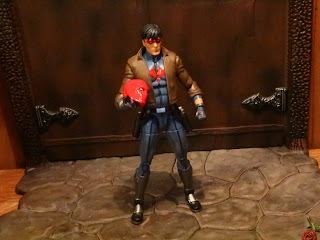 Red Hood is a nice figure for the most part, but the lack of his signature pistols and his now useless holsters just really kills my enthusiasm for this guy. Seriously, it's like taking a crowbar to the face...wait, too soon? Jason was probably my most anticipated figure in this series but now, in hand, I think he's possibly one of the weakest figures in the set. Fortunately he has hands that can hold pistols, so I can find something for him, but those non-functioning holsters just grind my gears. He's a Good 1/2 figure still, but he could have been one of Mattel's best. 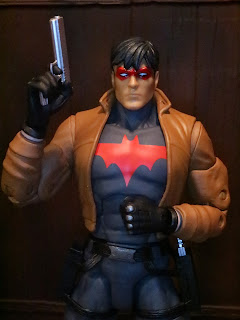