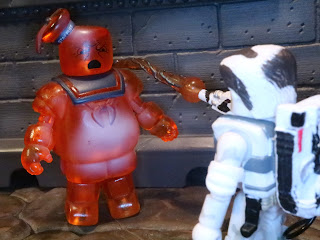 I've said before that my favorite Ghostbusters toyline of all time is the Minimates Ghostbusters line, so considering we're celebrating the spooky characters of cinema this month, how about we take a look at one of the sets from this great toyline? Back in 2009 Diamond released a series of 2 packs exclusively to Toys 'R Us and one of those sets features an exploding Stay Puft marshmallow man and Ray Stantz, covered in marshmallow fluff. Not all of the Minimates Ghostbusters sets were themed, but this one was and it turned out pretty nicely. Let's check out some now decade old Minimates from the greatest horror comedy of all time, after the break... 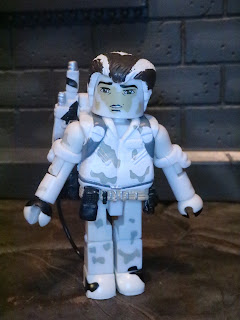 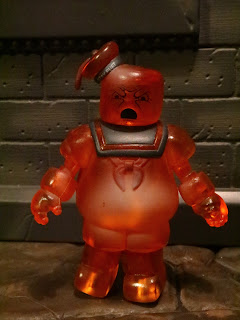 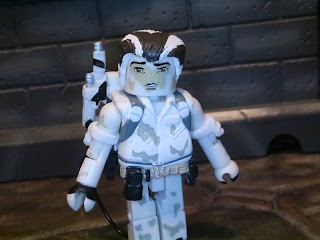 * While Minimates traditionally use a somewhat uniform, flat body, many of the figures use additional "overlays" to add more detail. The Ghostbusters themselves feature detailed torso overlays that feature their suits, belts, proton packs, and straps. Ray is quite nicely detailed (he even has elbow pads) but, of course, he covered in marshmallow fluff just like at the end of the film. The fluff is simply a paint effect but it's actually quite convincing. 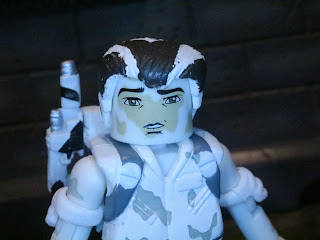 * I love the expression on Ray's face. Minimates typically use a standard cylinder for heads with the facial expressions painted on, and this one is quite nice. I can definitely see the Dan Aykroyd likeness here, and it's a great Ray expression, too. The hair is even funnier. The marshmallow streaks make me think of skunk strikes for some reason. 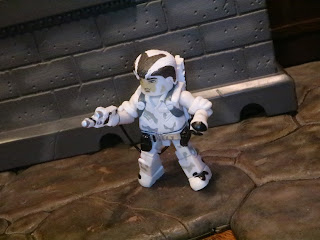 * For being only a little over 2 inches, the Minimates figures typically have some great articulation. Ray Stantz is a fun little minifigure that can stand well on his own and take a number of poses. You can also completely disassemble these, making building your own customs as easy as pie. 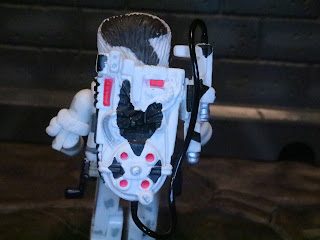 * The proton packs on these figures are really nice. The white paint kind of washes out some of the detail but it's all there. Heck, the wand itself is removable. It attaches to the back via a peg and stays connected to the proton pack via a flexible cord. 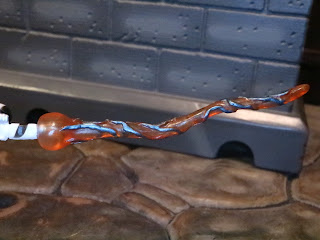 * Ready for some busting? Then pop on this cool proton stream effect. The proton stream fits on the end of the wand perfectly, it doesn't sag, and it actually stays upright while the figure is standing! 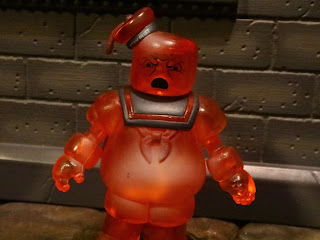 * The second figure in the set is the Exploding Stay Puft Marshmallow Man. This is definitely a figure where a little creative license has been taken. I mean, yeah you see Mr. Stay Puft's head glowing red for a second in the actual movie, but it's kind of a blink and you'll miss it moment. Still, this guy looks really cool. The translucent red (with a bit of white ) looks great. The Ghostbusters line used lots of overlays and Stay Puft is quite bulkier than your average Minimate. He's not in scale with Ray or anything, but still noticeably larger. 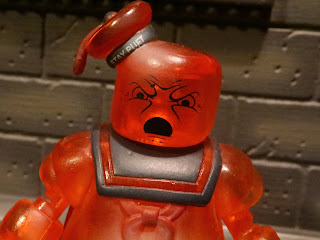 * I love the facial expression! He totally makes this expression when the Ghostbusters are on top of Dana's building and cross the streams to close Gozer's portal. 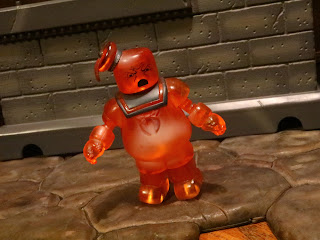 
* While Stay Puft's unique body is cool, it does really keep him from being mobile. I mean, he's not really a big, poseable guy or anything, but he really is way more static than your average Minimate. 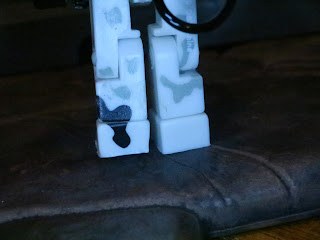 * I kid you not: Ray has one foot taller than the other. I have no clue how this happened, but it's absolutely there. 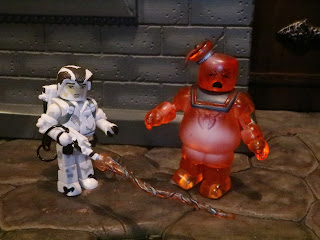 I love this line of figures and the Gooey Ray Stantz and Exploding Stay Puft is a really cool one. Stay Puft is just fun (as translucent toys usually are) and Ray is actually so much more detailed than you would expect him to be. Diamond Select did a great job on this line and other than a few characters (Ghostbusters Janine, Oscar, the ghost nanny, and Judge Wexler) they really made about everyone you could imagine. This is a Great set that was released again in 2010. The prices on these guys can be all over the place, though, so shop around before you purchase them.


If you're looking for more of Ray Stantz, check out my review of the Minimates Ray Stantz from the "I Love This Town!" set and Spectral Ray from the Real Ghostbusters Minimates.