The Revenge of 31 Days of Toy Terror: King Shark from DC Comics Multiverse by Mattel 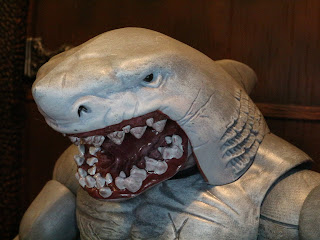 I try to cover characters and creatures from all different genres of horror each year during 31 Days of Toy Terror so now, for your reading pleasure, I'm checking out a giant shark creature. King Shark is the build a figure from the the DC Comics Multiverse series released in early 2017. Sharks seem to freak people out so I figures this malicious, man-eating malcontent will probably give a few of you some chills and thrills on the day before Halloween. Are you getting excited? I hope so! Let's let a vicious, violent shark man named Nanaue walk us into the day before Halloween. More after the break... 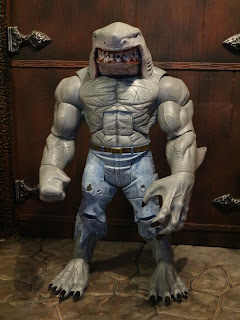 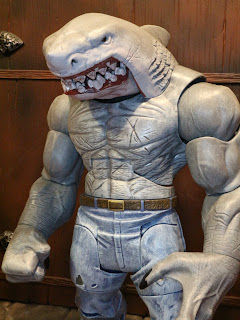 
* King Shark is a pretty large build a figure and he looks really, really wicked. While the style might be a little different than that of DC Universe Classics, I still think he'll fit in really well alongside those figures. Nanaue definitely looks intimidating and will make a great addition to your Suicide Squad or Secret Six. 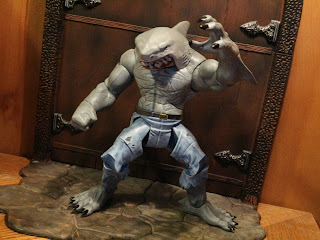 * While the articulation on King Shark isn't incredible, it does feel fairly sturdy and is capable of movement. He's essentially built like an oversized standard figure, so hopefully that helps you know what you're getting. 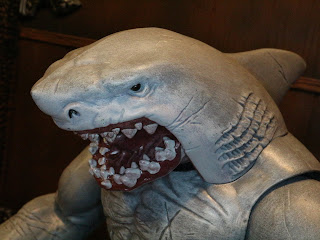 * The headsculpt is incredible. I love the beady eyes, the nicely detailed gills, and wicked scars, and the quite intricate paintwork on display here. This is some excellent work. 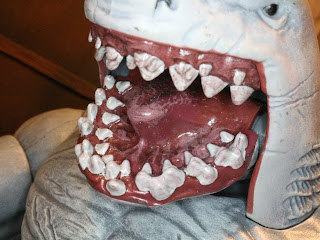 * Yikes! King Shark has some terrifying teeth! Check out these chompers? You'll never want to go back in the water again! 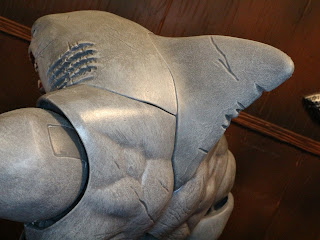 * I really like the prominent fin on King Shark's back, too. It's nicely detailed with some scars and just makes an excellent addition to the figure. 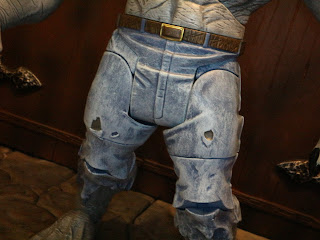 * Like many massive mutants, King Shark still has to wear pants. He's sporting some ripped up jeans (imagine how big those jeans must be?) held on by a leather belt with a gold buckle. I love the acid-washed look of the jeans. Facotring in their rips and tears and they look pretty grody. 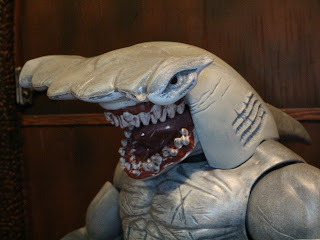 * Included with the Damian Wayne Robin figure (which was a Toys R Us exclusive) is an alternate head that gives King Shark the appearance of a hammerhead shark. This captures his New 52 look and is a cool inclusion. It's not a must have but it is a cool extra nonetheless. 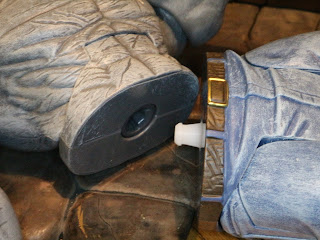 * Oddly enough, King Shark's torso separates in the middle pretty easily. I can't think of many build a figures that have this problem as they usually stay together quite well. I can display him just fine but sometimes when posing him he just splits in half like the lawyer from Jurassic Park. 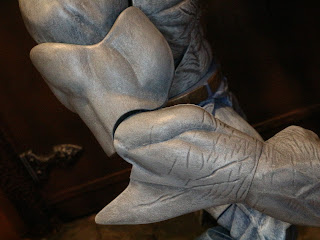 * King Shark's elbows have a severely limited range of motion. You can't even get a 90 degree bend out of these. What gives? Why spend money to tool a new body part and not give it a better range of motion? 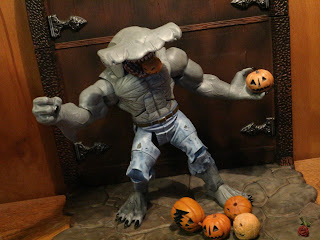 I've actually wanted King Shark for a long time but I didn't purchase the whole series of DC Comics Multiverse figures he came with due to the three TV based figures in the series that I didn't have much interest in. I managed to trade for him near the end of August and I'm excited to finally be able to show him off. He has some problems due to the limited articulation and the loose waist but, still, King Shark is a pretty impressive build a figure. He's still one of the best (maybe the best?) that Mattel has released since returning to the DC license with DC Comics Multiverse. A truly Great build a figure.