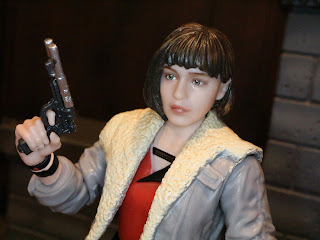 Solo: A Star Wars Story has now hit theaters and my guess is that if you're reading this you've already scene the film. I liked it. Like any Star Wars film I definitely need take some time to think about it (I'll soon be podcasting about the film with The Reel Brad Bell on The Confirmed Epic Podcast) but at this point I think it's probably tied with Rogue One as my favorite Star Wars film of the Disney era. Solo may take the advantage, however, because it definitely seems like a film I could watch at a moments notice whereas I kind of have to be in the right mood to watch Rogue One. Anyways, let's talk about Qi'ra. Played by Emilia Clarke, Qi'ra was definitely one of the unknowns going into this film. We knew Han Solo, we knew Lando Calrissian, and we knew Chewbacca, but Qi'ra? Completely new character! I'll share some thoughts about the character at the end of the review but for now I'm going to focus on the figure. This figure represents Qi'ra in her outfit from Corellia which is essentially just the first few minutes of the movie. It wouldn't have been my first choice for a figure of the character but it turned out well. Let's check her out after the break... 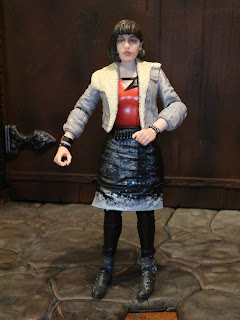 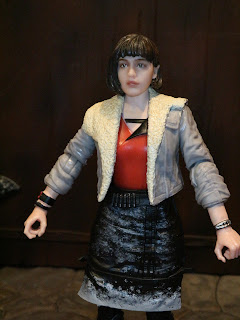 * Qi'ra's outfit is interesting. I've heard some comments from collectors that don't think it looks very "Star Wars-ish" but considering the vast array of outfits we've seen over the years, that seems like an odd thing. I kind of like it. Don't get me wrong, I like Qi'ra's other outfit better, but this definitely looks like something you'd see in the Outlander Club on Coruscant. The outfit consists of a red shirt, a black skirt of some sort over black leggings, and a heavier coat. The paintwork is overall quite nice and the red adds quite a bit of color to the costume. 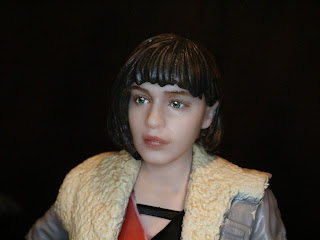 * Hasbro does a nice job here with another face-printed headsculpt. In the film this version of Qi'ra is supposed to be younger (around 18) so the face does seem to be quite a bit more youthful looking. The hair is also very different from what we see later on and Hasbro captured it well, too. The resemblance to Emilia Clarke is quite stunning. 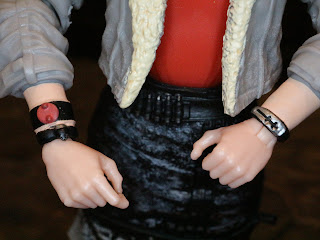 * Qi'ra has lots of little extras on her costume such as a cool little bracelet on her left wrist, a compass bracelet on her right (that's what the Official Guide calls it), and some lock-picking spikes in the loops on her belt. I love little extra like these and Hasbro typically manages to include them. 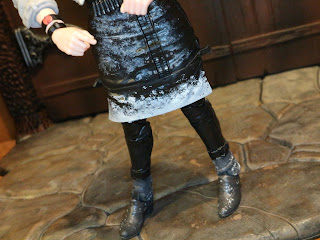 * Qi'ra's skirt is covered with a layer of something white. I think this is actually supposed to be the remains of salt from the briny water of Corellia's oceans. It's a cool paint application that adds a little bit of extra ruggedness to the figure. 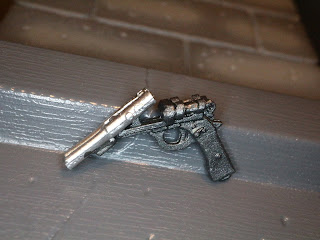 * Not only does Qi'ra include a Monlitzer S-195 double-barreled blaster pistol but it actually breaks apart in the middle in order for her to reload the gas cartridges that power the gun. This is an incredible accessory although Qi'ra doesn't use it with this costume in the film. Still glad we got it, though, but it isn't a film accurate inclusion. The tube of refined coaxium might have been a good accessory to include with Qi'ra, too. 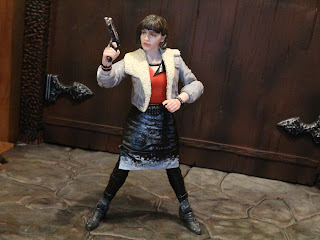 * Qi'ra as the same excellent articulation scheme that most other figures from the Black Series have. While the elbows are a bit more limited than usual due to her heavier coat sleeves, everything else works just fine. The skirt has high slits on the sides meaning she can pose her legs largely uninhibited. 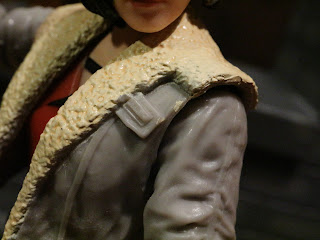 
* The paintjob on the fur collar of Qi'ra's jacket looks great but there is quite a bit of slop in a few places on the jacket itself. 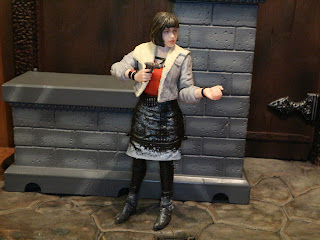 Qi'ra is a Great figure and another solid entry in the criminally small Solo line-up for the Black Series. While we're supposed to be getting some more figures soon (Tobias Beckett, Val, L3-37, Enfys Nest, a Mimban Stormtrooper, and possibly Rio Durant) I really hope Hasbro releases another Qi'ra, though. This one just isn't meant to go along with the other figures. She's from the film's prologue and this represents her at a younger age. I have no idea why we got this figure instead of the Qi'ra we saw in all of the promotional material wearing what she wears throughout most of the film. That seems to be a problem that Hasbro has dealt with during the Disney era and hopefully they get things worked out soon. Qi'ra in her Corellia outfit feels more like she should have been a second or third series figure rather than one of the figures released before the film came out. Still, she's a good release but definitely not the figure kids would want if they were reenacting the movie nor the figure fans need to show off the main cast.

This is the first figure of Qi'ra I've reviewed. For more figures from Star Wars: The Black Series, check out the following: