Road to Rogue One: Sabine [Masked] from Pop! Star Wars by Funko 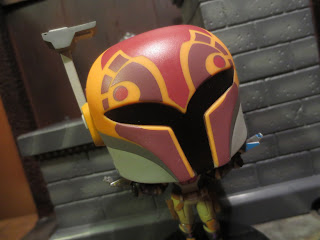 I love Star Wars: Rebels and Sabine is definitely one of my favorite characters on the show (although my order of favorites changes all the time), so I was really glad to see that Walgreens' has an exclusive POP! vinyl of Sabine in her colorfully painted Mandalorian helmet. There is a standard version of this figure coming out, too, which features Sabine's unmasked head and colorful hair, but this one has beat that one to retail. Let's take a closer look at Sabine Wren in her initial appearance in the POP! Star Wars line immediately after the break... 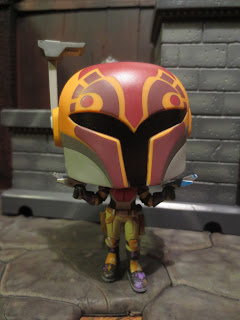 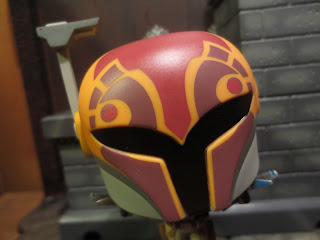 * Sabine is an artist and her look is always changing, sometimes subtly, to reflect the ever-changing growth of the Rebellion (citation needed). She wears the distinctive Mandalorian helmet of her people and it's beautifully painted. This style of art looks great on a Pop! vinyl, doesn't it? 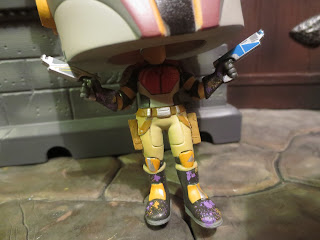 * Sabine has a really cool outfit and Funko has made sure to capture every detail. Just because Funko's POP! vinyls have a unique and somewhat caricatured style doesn't mean they skimp on the details. Sabine's armor, holsters, and the emblems on her shoulders are all accounted for here. 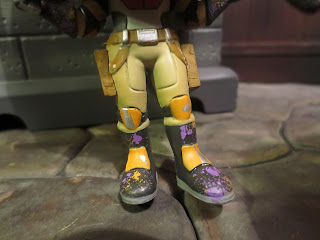 * Check out the paint stains on Sabine's boots! I love this detail as it not only looks cool but pays tribute to the character's role of designing and painting anti-Imperial/ pro-Rebel graffiti. While Funko Pop! vinyls do have a simplicity to them, it's always cool to see a special detail like this. Really, the paint on this figure is just quite nice overall. Also note the (intentional) paint scratches on Sabine's knee pads. Slick! 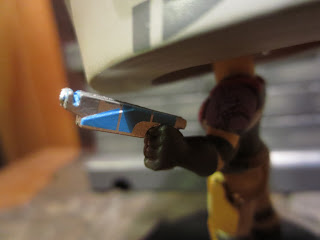 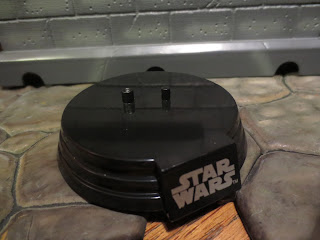 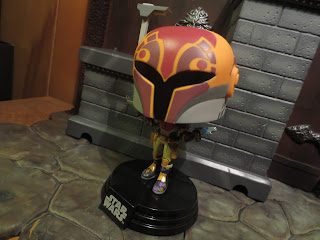 I think it's pretty tough for Funko to screw up a POP! due to their cool stylized appearance, and, as your love for a character tends to be the reason why you buy them in the first place, you're kind of already predetermined to buy ones you like. Sabine really seems to be a great POP! though, with some impressive sculpting and paintwork. Walgreens' has been getting some impressive exclusives and Sabine seems like a Great and a 1/2 POP! figure. Check her out the next time you have to run out to pick up a prescription, some cotton balls, and a bag of Doritos.

If you're a fan of the character, know that I've reviewed a couple of other Sabine toys on here so far: The two pack of season one  Sabine Wren and a Stormtrooper and the single carded season 2 Sabine Wren.

For more Star Wars Pop! vinyls, check out the following: