Road to Rogue One: Assault on Scariff from Micro Machines: Star Wars by Hasbro 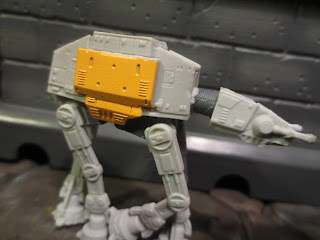 More new Star Wars Micro Machines! Even though I've been pretty critical of Hasbro's playsets and their microfigure selections for their revival of Micro Machines, I've loved their vehicles thus far. I was thrilled to find these just a week or so ago (they were nowhere to be found on Force Friday 2016). I was even more thrilled to find this set and the two other larger sets on clearance at my local Wal-Mart for $4 something each. Yup. Rather than clear out some of the older sets to make room for new stuff, my local Wal-Mart has just thrown some new stuff in the clearance aisle. Pretty brilliant, right? It worked out for me and I'm able to check out this cool new set, Assault on Scarif, from the upcoming Rogue One: A Star Wars Story. Ready for a look at the five vehicles and 2 figures from this set? Then join me after the break... 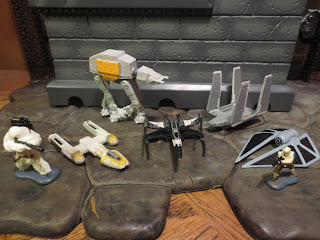 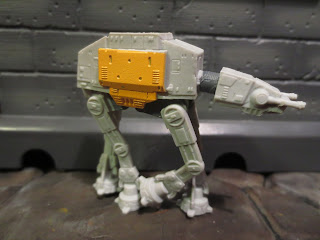 * The All Terrain Armored Cargo Transport (AT-ACT) is actually the bigger brother of the AT-AT. Designed more for transporting heavy cargo than for combat (all they seem very combat capable), the central feature of these behemoths is the removable orange cargo bay in the main body. While the neck doesn't move on these like on the old Galoob AT-ATs, the sculpt is incredible. There's some excellent detail on the body and the guns are far more pronounced. 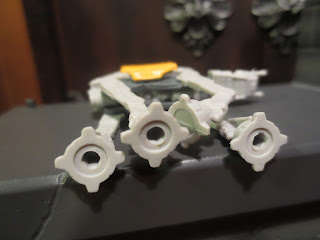 * Hasbro seems to be molding their Micro Machines in a slightly more pliable plastic than Galoob used. While overall this seems to be better for durability, it does make things like legs tricky. My AT-ACT still, after over a week out of the package, does not want to stand up on its own due to warped legs. I'm going to try some stuff but this is quite annoying. 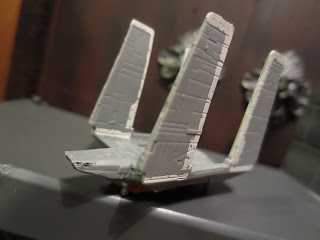 * Your guess is as good as mine at this point as to what role this ship serves. It certainly has the look of other classic Imperial landing craft such as the Sentinel-class craft. I wish the wings could pivot up and down, but I do really like the painted cargo container underneath and the panted edges of the wings. I'm quite curious to see the Cross Sections entry for this ship. 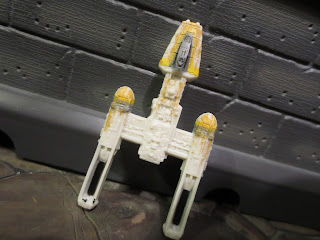 * This doesn't look any different than any other Y-Wings we've received except for the sand covering the cockpit and the front of the engines. The sand effect looks cool, but I'm guessing this is either going to be a very scene specific vehicle or just an easy repaint (there were a ton of sand covered TFA vehicles released last year in Micro Machines). Either way, I really don't turn Y-Wings down. 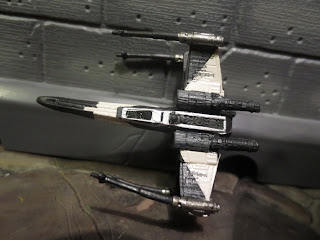 * What's a Partisan you might ask? It's a group led by Saw Gerrera that used guerilla styled tactics against the Empire. Ransolm Casterfo mentions them to Leia in the excellent novel Bloodlines and it seems that they'll play a role in Rogue One. Yeah, it's just a black and silver X-Wing but it looks really, really cool. It does have some minor laser damage painted on the upper foils to give it some "battle damage." 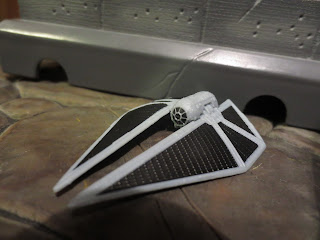 * While a lot of promotional stuff seems to be pushing the AT-ACT, personally I'm more excited to see the TIE Strikers. Designed to be a TIE fighter that is more functional in-atmosphere, these are some wicked cool looking ships. I love TIE variants and it's cool to have another. This one is designed with wings angled below the cockpit, which kind of brings to mind the Jedi Starfighters, doesn't it? The detail on the wings is super nice, by the way. 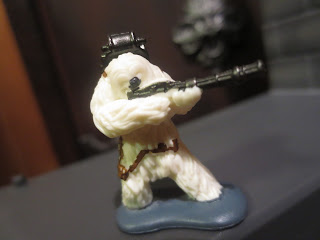 * Moroff is a Gigoran mercenary and a darn cool minifigure. Gigorans have been around since the early-mid 1990s, but they're now appearing in a few different types of Star Wars media. I love the sculpt on this figure, particularly his massive backpack and the heavy gun he carries. This is an incredible microfigure and stands alongside some of Galoob's finest efforts. 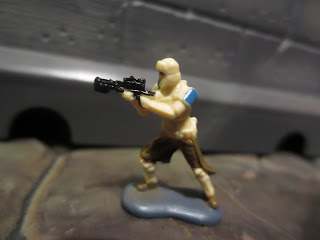 * Also known as Shoretroopers, the Stormtroopers stationed on Scarif (the tropical world where the first Death Star is constructed) are designed to fight in a hot, humid climate. This guy is a captain, although I'm not sure that Hasbro has plans to release any more Shoretroopers for him to lead. Remember when Galoob used to release army builder packs? This is a great mini, but we need more like him! 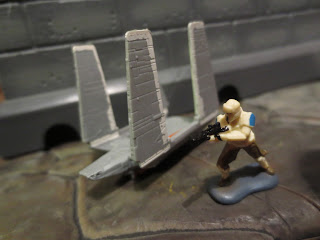 I really like this set. Even though most Micro Machines collectors probably have a ton of X-Wings and Y-Wings, the new paint jobs are quite nice. Of course, getting three completely new vehicles and two all new microfigures is also a good deal. This is a Great set of Micro Machines and I'm hoping that Hasbro continues to support this line. They're doing great with vehicles, but we definitely need more microfigures to go along with these. And better playsets, too.