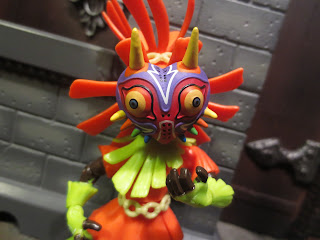 Over the next couple of days I'll be wrapping up my reviews of series 2-2 of Jakks Pacific's World of Nintendo line. While I found Princess Zelda, Red Toad and Cat Mario pretty quickly, it took me quite a bit longer to find Skull Kid and Slippy. Today is Skull Kid's chance to shine, though, and I have to say that he was one of my most anticipated releases simply because he's a pretty unique choice. While the packaging bills Skull Kid as hailing from The Wind Waker HD, this guy is totally the Skull Kid from The Legends of Zelda: Majora's Mask. You know, because he's wearing Majora's Mask. Let's take a closer look at this really cool Zelda baddie after the break... 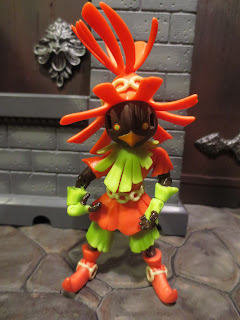 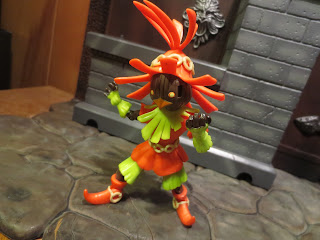 * While I have some reservations about the articulation, which I'll get to in a minute, overall I really like Skull Kid's articulation scheme. The joints are plentiful and the do allow for a nice range of posing opportunities. He's a fun toy to play with. 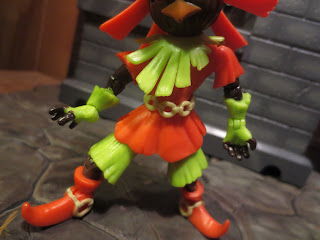 * I really like the colors on this guy. There's just something about them that absolutely scream Nintendo 64 era Legend of Zelda. They're bright with somewhat of an autumnal theme. 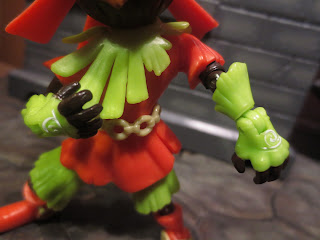 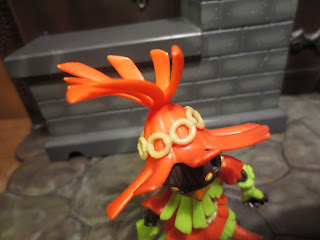 * Can I just say that I'm absolutely digging the Skull Kid's hat? I have no idea what you'd call such a hat but it's just amazing. This is really, really cool and the softer, pliable details on the top add to the charm. 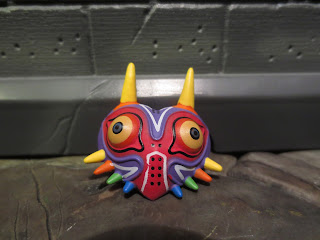 * The inclusion of Majora's Mask just might be my favorite extra of any World of Nintendo figure. It's bright and colorful and looks darn near perfect. This is one of those times when an accessory is almost worth the price of admission itself. 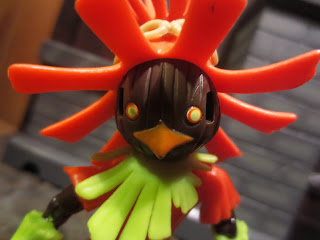 * There's nothing with Skull Kid's face....except the gaping holes in it. Yeah, yeah, he's supposed to be wearing Majora's Mask over it, but when given the option to display this guy either way, why do we have to choose? I wish a better way of attaching the mask could have been figures out. The mask does stay on nice and tight, but I doubt you'll want to pose this guy without it. 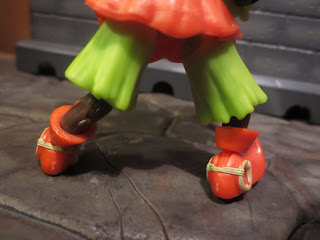 * Remember how I said the articulation was plentiful? It certainly is. It's also really loose, though, and a bit wobbly feeling. In hand you might not notice as much but it certainly takes some finagling to keep Skull Kid in many poses. In particular, his ankle and knee joints feel kind of floppy and tend to cause him to tumble over if not posed just right. 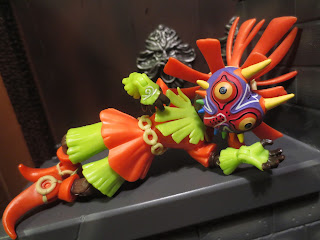 World of Nintendo is the little line that just keeps going and going. I think Jakks has releases far more figures than we ever thought possible and yet we're still getting cool offbeat characters like the Skull Kid. These are definitely not high end, collector targeted figures, but they're really fun toys still available at a decent price. Majora's Mask might be enough of a reason to buy the Skull Kid and, all things considered, he's a Good and a 1/2 figure. Definitely a treat for Zelda fans and collectors of Nintendo merchandise.


I've reviewed plenty of other World of Nintendo figures on this site, including: