Action Figure Review: Wolfman from The Nightmare Before Christmas ReAction by Funko 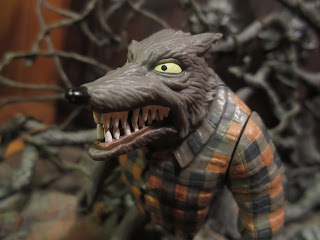 Let me just say that I'm absolutely loving Funko's The Nightmare Before Christmas ReAction line. Considering how great the sculpting and attention to detail is on this line, I'm not really sure that it should count as a ReAction line. It just feels like a really good 1/18th scale Nightmare Before Christmas toyline. Yeah, the packages are a bit nostalgic and Jack and Sally might feel like vintage figures, but that's about it. Take the Werewolf here: He's just an incredible sculpt with some really nice paintwork and a pretty impressive accessory. There's not a weak character design in The Nightmare Before Christmas and even though this is a pretty standard wolfman design, it's still a really appealing design. I'm actually feeling very nostalgic for this line considering I owned the vintage figures back in 1993 and this was one of them. Let's take a closer look at this Wolfman after the break and see "howl" he fares. Howl. Get it? 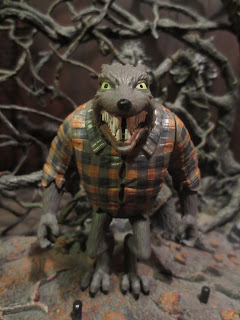 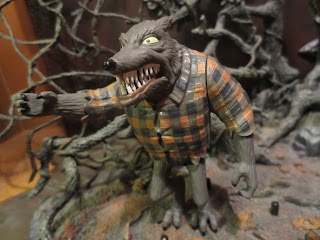 * While many of the Nightmare Before Christmas figures don't lend themselves well to the standard five point articulation of the ReAction style (heck characters, like Oogie Boogie, don't lend themselves to articulation well at all), the Wolfman is a very solid and durable figure. My little one, who loves werewolves right now, played with this guy a bit the other day and I had no concerns about him breaking. He's solid, baby. 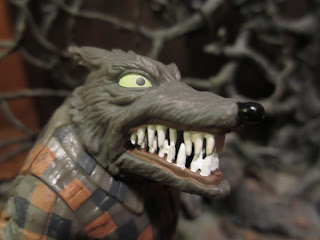 * Is this not an incredible headsculpt? Look at those teeth! They all look so sharp and pointy! This is such a great design and I love how Funko has captured it here. The sculpting on those teeth, the ears, and the fur is just incredible, especially for a 1/18th scale figure. These are ReAction figures in name only: Sculpting wise they are just darn good NBX figures. 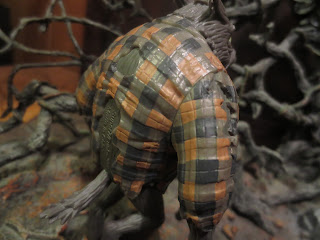 * I really like the rips and tears in the Wolfman's shirt. They're nice and jagged, adding some more character to the sculpt. I also like his furry tail! It'd be cool if it were balljointed, but that's not really this line's style, is it? 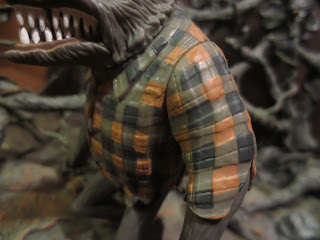 * Let me point out that the paint pattern on the Wolfman's flannel shirt is pretty incredible. I wear a lot of flannel and plaid shirts and I'd love to own one just like this. The coloring pattern is really good! Funko did a great job on this! 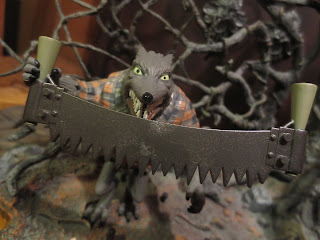 * Look at this giant saw! This is what the Devil (from series 1) and the Wolfman use in tandem when building toys for Jack's Christmas experiment. The blade actually looks like metal, the teeth are at least sharp enough to saw through a cheese log, and the handles receive their own paint app. This is just really, really cool! 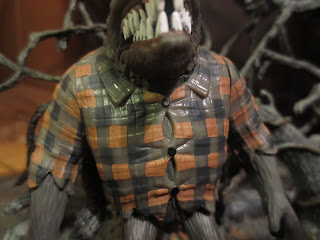 * I just complimented the shirt, but now I'm going to criticize it a bit. Shoot me. Anyways, the colors look pretty good but I really don't like the fact that the shirt uses the same grayish color as the Wolfman's fur. It looks odd up close. Maybe his fur should have been darker or the gray on the shirt should have been brown. 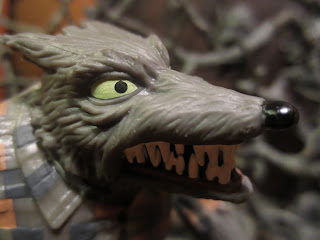 The Werewolf is another Great figure in this series. Funko puts out a ton of product from multiple properties in a variety of different styles, but they seem to have trouble committing to any one specific line outside of Pops. I think this Nightmare Before Christmas line is pretty appealing, though. I believe it's only the second ReAction line to get a second series (after Alien) and it'd be a shame if Funko didn't continue to hit this license hard. Nightmare Before Christmas always seems to be popular and I think with the quality figures Funko is releasing, they should have no trouble making this line sell if they put these out faster (the last series came out in 2014). The Werewolf is just awesome and a really cool action figure.


I've reviewed other action figures of werewolves, such as the Imaginext Wolfman, Luke Talbot (The Wolfman) from Playmates' Monster Force, and The Wolfman Monster from The Real Ghostbusters, but not anything else based on this specific character. Who knows? Maybe the Wolfman regenerates like the Doctor. I have reviewed more of the ReAction NBX figures, though, including: