Road to Rogue One: Ahsoka from POP! Star Wars by Funko 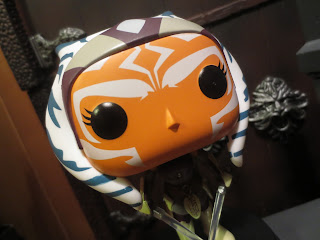 As the release date for Rogue One: A Star Wars Story gets closer and closer, I'm going to continue to check out more great Star Wars stuff. Today I'm reviewing a new Funko Pop! of Ahsoka Tano from her appearance in Star Wars: Rebels. At this point, I think I can say without a doubt that Ahsoka is the most significant and most popular Star Wars character who has never appeared in a live action film. Still, she's managed to have an incredible character arc through the initial film and 6 seasons of Star Wars: Clone Wars, three seasons (thus far) of Star Wars: Rebels, and the new canon book Ahsoka by E.K. Johnston and I'd go absolutely nuts if she ever did appear in a film, played by voice actress Ashley Eckstein. This Ahsoka POP! is an exclusive to Hot Topic and is part of the upcoming Rebels subset which includes the rest of the crew of The Ghost as well as a masked variant of Sabine. Ready for a closer look at Ahsoka? Then join me after the break... 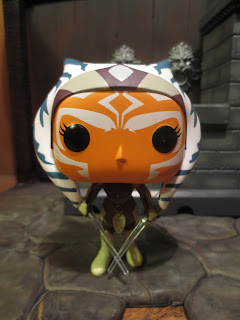 Non-Scalper Price: $12.50 (although Hot Topic has been having some sales; I bought Ahsoka along with two other POP! figures in a "Buy 2, get one Free" sale. 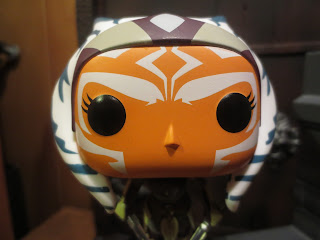 
* I love the vivid paint on Ahsoka's face! It's just really perfect and captures her distinctive appearance. Funko did an excellent job here with the printing of Ahsoka's facial markings. Of course, Ahsoka is a bobble-head like the other Star Wars (and Marvel) POP! figures. 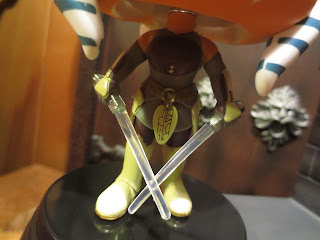 * Check out Ahsoka's dual lightsabers! I love the light colored blade (I'm assuming she chooses them to reflect her status as a "non-Jedi" but I have only just begun reading E.K. Johnston's Ahsoka, so maybe that book will explain them. 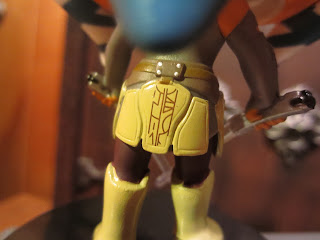 * The paint work and detail on her outfit is really nice, too. I love the details and patterns on her skirt. 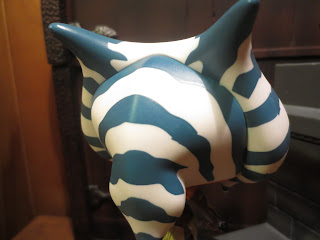 * Ahsoka's distinctive montrals also have some really nice painted patterns on them. The blue markings are bright and vivid with neat, clean edges. 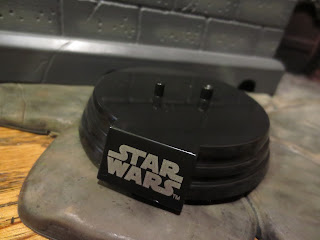 * Ahsoka comes with the same stand that all of the Star Wars POP! figures come with, and I still like it. These are really cool. I kind of wish every POP! came with a stand. It just makes them look so much better and display so much more securely on the shelves. 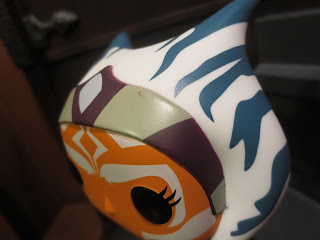 
* It's not a huge issue, but there are definitely a few odd little marks on Ahsoka's headband. You can see on of them in the picture on the top right. 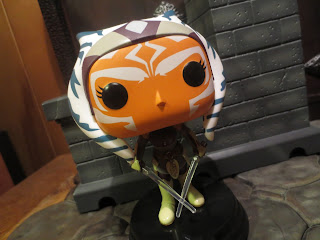 Whether you call her Ahsoka, Ashla, Fulcrum, or Snips, you have to call her a success. There have been few other Star Wars characters outside of the main films who have garnered the kind of fan devotion that Ahsoka has. It's so incredible to see her story continue and to still receive cool Star Wars merchandise based on her appearance in Rebels. This is a Great POP! and well worth tracking down for fans of Ahsoka or Rebels. I think I want to collect the whole Rebels cast in POP! form, and Ahsoka is a pretty good place to start. I found her pretty easily at a Hot Topic, so I hope you track her down with little trouble, too!

If you're looking for more Star Wars POP! reviews, you can also check out the following: