Action Figure Review: Santa Jack from The Nightmare Before Christmas ReAction by Funko 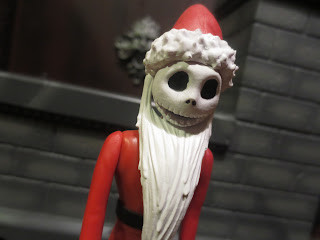 Recently Funko announced that Super7 will be handling the future design and distribution of the ReAction range of products. Super7 has been heavily involved with the line since it's inception and it doesn't seem like Funko was as ever as thrilled with the concept as Super7 was. I think this is great news, and I'm hoping it means we see more Nightmare Before Christmas action figures from the ReAction line soon. While Jack has been built more like a traditional faux-retro figure, this line doesn't feel like your typical nostalgically antiquated line; it actually just feels like a solid Nightmare Before Christmas toyline. As someone who collected Hasbro's original releases when the film came out, these hold a ton of nostalgia for me just because they're so well done. I still have my original Santa Jack from 1993 and I'm glad to have this newer version, too! Let's take a closer look at this guy after the break... 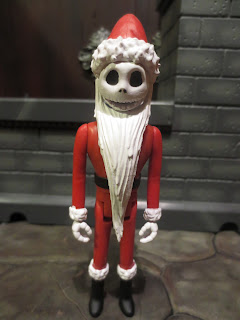 Non-Scalper Price: $10 dollars (although I picked this series up over two different sales at Toys R Us for around $7.50 each. 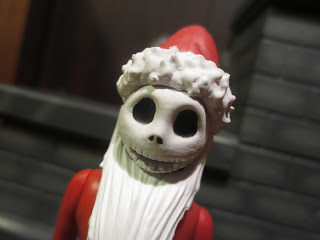 * First of all, and most importantly, this looks like Jack. I'm really glad that Funko/ Super7 didn't try to make the sculpts on these figures look like old Kenner sculpts: This is just a nice looking Jack figure. I love this happy headsculpt, as it perfectly matches Jack's character before his Christmas dreams are shattered. 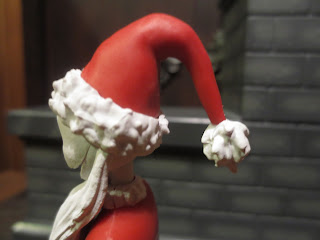 * The sculpt looks great in other places, too! I love the design of Jack's Santa Claus hat and his long, hanging beard. There's enough little details here to help Jack look at least on par with your local mall Santa. The paintwork isn't bad, either. 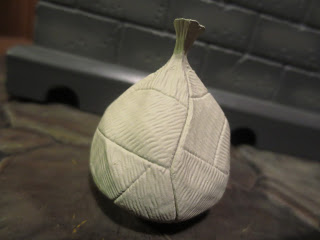 * Funko has really stepped up the accessories in this series (although series one had some good accessories, too) and the sack completing Jack's Santa Claus costume is really cool. Whether you want to pose Jack with it or give it to Sam to drag around, you'll dig this hefty piece of plastic sculpted to look like multiple pieces of burlap. It'd actually make a great centerpiece to display some of the cool "scary toys" from this line. 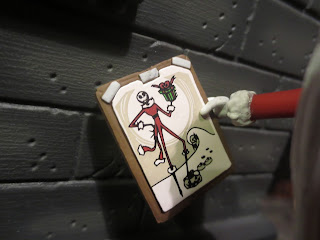 * Another really cool accessory is the design for Jack's "Sandy Claws" costume. This looks incredible! It's actually a small portrait with the correct colors, painted tape keeping the design on, and some details on the back showing how this would be hung on an easel. I love this piece! This really looks fantastic! 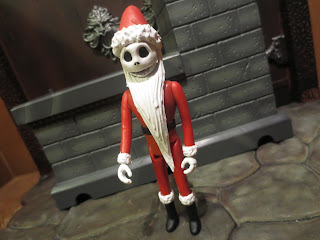 * While most other figures in the line feel very unique and are absolutely built differently from your standard ReAction figure, Jack still manages to be built in the classic Kenner style. That works fine, but he feels really frail and fragile. This has always been a problem for toys based on Jack's spindly likeness, but it still feels off here. He feels much more fragile than his line mates, and he's tough to keep standing. 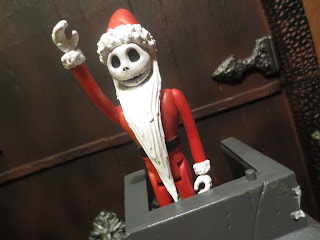 Christmas is coming and that means you might just be in the market for a Santa Claus themed action figure. Jack here might be the perfect contender. Nightmare Before Christmas works so perfectly as both a Halloween and Christmas film, and this is truly one of Jack's signature looks. While the figure is a bit tough to stand up, the sculpt and accessories are top notch. He's a Good and a 1/2 figure in a line that's very likely one of my favorites of 2016.

For more reviews from this series, check these out: