Minifigure Review: Flesh Pack A from Gorelords by Violence Toy 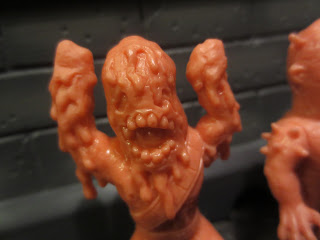 Hide your wife! Hide your kids! Here come the Gorelords! The Gorelords are a new minifigure series from Violence Toy that just started showing up in early October. Essentially a line of mutant gladiators ("mutant death match fighters"), the Gorelords are nasty, angry, and armed to the teeth. There's something about these guys that feel kind of dangerous. You know, the same way that toylines like Savage Mondo Blitzers, many McFarlane Toys in their prime, and various 80s stuff like Mad Balls or Garbage Pail Kids felt like something you really weren't supposed to be playing with. These were the kind of toys that your mom wouldn't buy you, but your dad might. The Gorelords are divided into 4 sets of 3 and are available in "Flesh" sets or multicolored sets with the figures randomly appearing in 9 different colors. I opted for the M.U.S.C.L.E. standard "flesh" set and I'm looking at Pack A today, featuring Maggotgagger, the Suffer, and Time-Gore. Let's take a closer look at these lords of gore after the break... 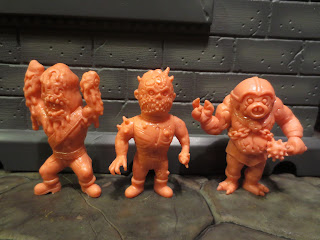 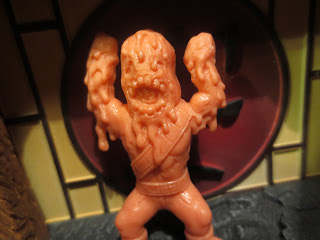 * The first Gorelord I'm looking at is Maggotgagger. I have no idea what he's supposed to be, but I love his melty, dripping look. Is he covered with slime or blood? Maybe. Is he dripping because he's just a slimy creature himself? Possibly. Am I digging his awesome boots and his gaping maw? Without a doubt. This guy is really creepy and cool. 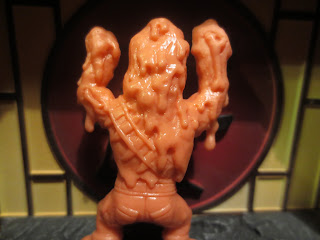 * When you flip Maggotgagger around you not only see more of his slimy, melting body, but you can also see that he's carrying a bandolier of knives. Four knives are visible. Huh. Considering the bandolier and the slimy look, he almost brings to mind a mutant Chewbacca. 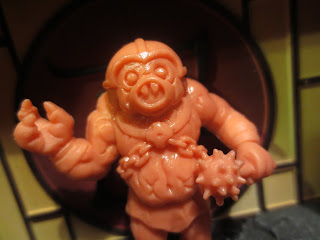 *I like how The Suffer isn't the Sufferer; just The Suffer. He kind of looks like an evil Man-at-Arms with that conquistador styled helmet and his wicked looking mace.  With the chains around his body and his scarred stomach, The Suffer looks like an extra from one of the Mad Max films. 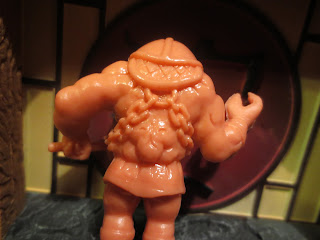 * Turn The Suffer around and you can see more of his

Yikes! What the heck is that? Is that a massive mutant tumor on his back? Wait, does it have a face? I'm not 100% sure it does, but there is definitely something creepy and off-putting about this thing. 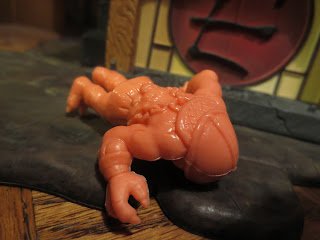 * I should point out that The Suffer is very tough to stand up. I've continued to have problems with him tumbling over forwards. 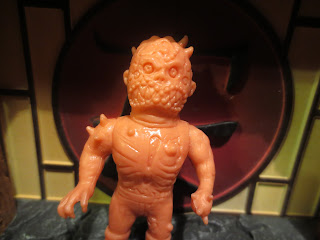 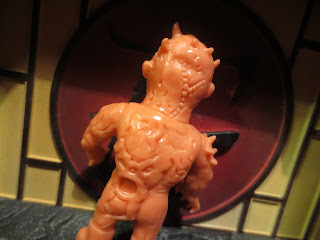 * See! You can see more of the nastiness on Time-Gore's back, including what looks like a face on his back left side. The sculpting on the Gorelords is really sharp with a lot of detail and this guy shows that off. The detail in the stitches on his head also look great. 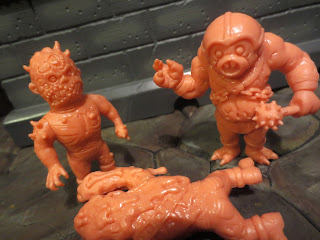 I'm going to be looking at the other three sets of Gorelords over the next few days, but I have to say that I really like these. They're not my favorite minifigures ever but they're interesting with some great detail. This set definitely has a bit of a gross-out factor to it, but I think that's ultimately part of the charm. It's a Good and a 1/2 set of little rubber guys and, if you collect this style of figure, it's well worth looking into. You can pick them up directly from Violence Toy in the "flesh" tone seen here or in single colored versions from a pallet of  different colors.


This is the first set of Gorelords minifigures I've reviewed on here, but I'll be hitting up the other three sets over the next few days.
Posted by Barbecue17 at 11/05/2016