Road to Rogue One: Jyn Erso #148 from POP! Star Wars by Funko 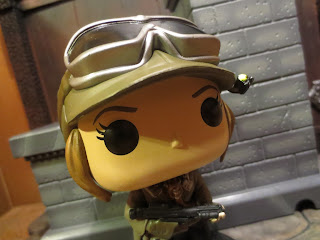 As Rogue One gets closer and closer, I just keep getting more and more excited! Today to help tide all of us over until the film's release I'll be looking at the Smuggler's Bounty exclusive Jyn Erso POP! from the Rogue One themed crate. This POP! features Jyn geared up for some unknown confrontation on the mysterious planet Eadu and armed with an E-11 Blaster rifle. Ready for a close look at one of the newest heroes of the Star Wars galaxy? Then join me after the break... 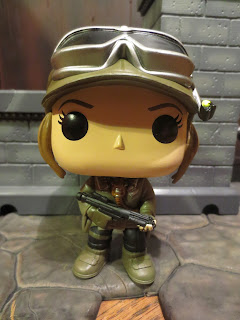 $25 dollars as part of the Smuggler's Bounty box which also includes one other exclusive POP! vinyl, a Hikari Minis Darth Vader, a pin, a patch, and a Rogue One t-shirt. 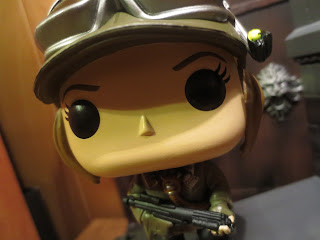 * I really like the face on Jyn. Yeah, it's not insanely different than most other female POP! faces, but the way the hair hands over the sides of the face absolutely makes me think of Felicity Jones. I think the secret of Funko is that they take a recognizable element or two over a face that's largely a blank canvas and you end up projecting the character's appearance onto it. 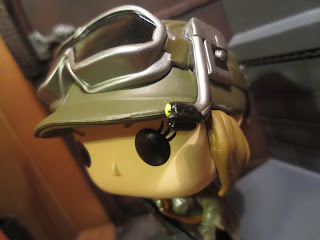 * Jyn's helmet is really cool. It looks like one of the helmets used by the Rebel strike team on Endor but it has some tinted goggles and a communicator attachment on the side, too. 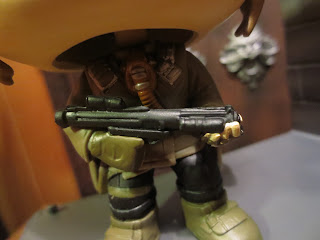 * I really like the pose and build of this figure. I especially like that Jyn is cradling her requisitioned Imperial E-11 Blaster rifle in such a way that just makes her look kind of menacing. I'm so pumped to see how Jyn Erso turns out as a character and, for some reason, this POP! makes me really excited to see how awesome she can be in combat against the Empire. 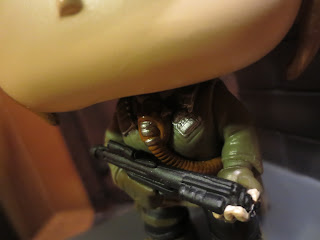 * Check out what's hanging around Jyn's neck: A breathing mask! It kind of looks similar to the kind Han stocked in the Millennium Falcon and used during Empire. Of course, I'm sure those things were a dime a dozen, but it's neat to see them being used. It's just a great little detail I really like. 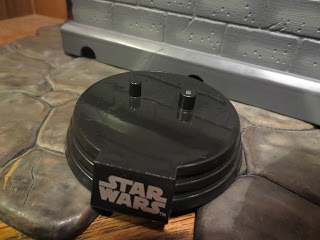 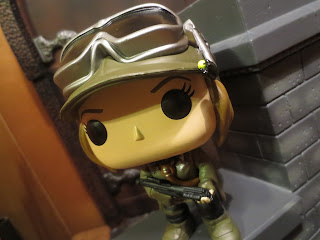 This is definitely my favorite exclusive from the Smuggler's Bounty box this month. I'm really excited for Jyn Erso as a character and I have high hopes. This is a really cool POP! with some excellent sculpted details and pretty solid paintwork as well. You can probably still pick up this box and, if you're a collector of POP! figures and Star Wars stuff, it's well worth it. Jyn Erso is a Great and a 1/2 POP! vinyl thanks to her cool Rebel military aesthetic.