Action Figure Review: X-2 (The Unknown) [Midnight Special] from The Worst by Super7 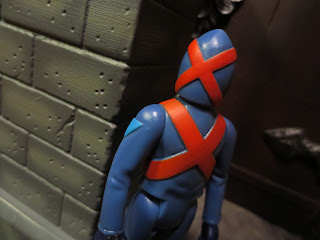 Today I'm going to be checking out X-2 (The Unknown) from Super7's new line of faux retro action figures, The Worst. The Worst is a series of random villains that could easily be integrated into a number of toylines. There's a bat/dracula hybrid, a guy with a gas gun, a snake mummy, a robotic grim reaper, a skeletal warrior, and X-2, a cyborg assassin. While it's not too common today, back in the 80s (and even 90s) you could find a number of "generic" action figure lines released by smaller companies that actually touted that their figures were compatible with other major brands such as Masters of the Universe, G.I. Joe, or Star Wars. Whether this was to entice kids to pick up some new figures outside of what they already collected or to encourage gift buying relatives to spend less money on a "comparable" toy, these were a fixture at retail for years. That's what The Worst feels like to me: If you're someone who collects these 5 poa figures in the style of Kenner's vintage Star Wars line, you can probably find homes in your collection for the diverse members of the Worst. X-2 could easily fit in with a number of those late 70s and early 80s toylines that dominated toyshelves. Can't you see this guy standing on the bridge of the Executor with Boba Fett and company? Let's take a closer look after the break... 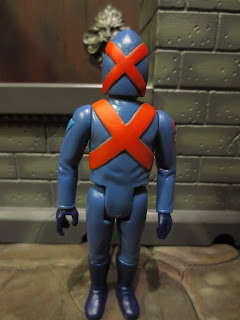 Non-Scalper Price: $90 for the set of 6 figures, each with a Midnight Special exclusive paint scheme. 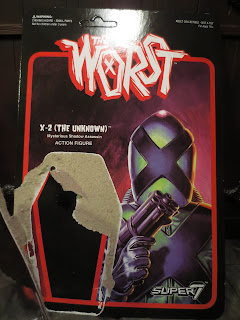 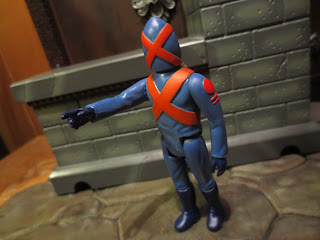 * There's not much expect from these faux retro action figures except for solid feeling swivel joints and durable plastic. X-2 hits the mark on both accounts. Every figure in this series does feel like a high quality product that could serve as a children's toy. You know, if the package didn't warn buyers that these aren't for kids under 15. 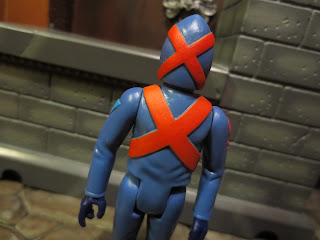 * I really like the simple design of X-2's costume. Is he called X-2 because he's wearing a blue bodysuit with a red X across his chest and one across his head? Maybe. The standard version of this figure, which hasn't been released yet, looks to be greenish grey with black highlights, although I really like the brightness of this paint. X-2 also has some patches on his jumpsuit. Do these officially identify him as a Mysterious Shadow Assassin? Would a Mysterious Shadow Assassin want to be officially identified? 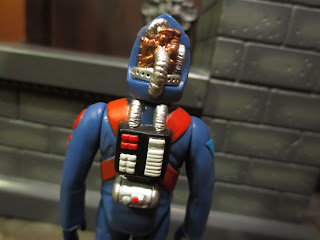 * While the front of X-2's outfit is kind of plain, the back reveals not only a life support backpack of some sort but what looks to possibly be a mechanical brain. Is X-2 really a robotic bounty hunter? The paintwork here is really good, especially considering there are lots of little switches and dials. 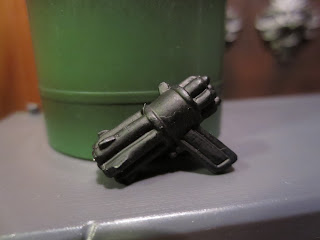 * X-2's pistol is incredibly cool. It looks like a revolver of some sort with but instead of a cylinder it appears to have six separate barrels. It kind of reminds me of a weapon that would have been part of Hasbro's C.O.P.S. and Crooks line. 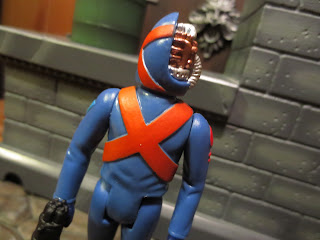 I really like X-2. While he initially might look kind of plain, the fact that he has all of that technological junk on his back is pretty cool. I love his backpack ans his pistol, as they add a really futuristic aesthetic to him. He's a Great and while he's not horror themed enough to make it into 31 Days of Toy Terror, he's still a pretty cool figure if you dig this style of toy.


I'm going to be reviewing the other five figures in The Worst's Midnight Special set during 31 Days of Toy Terror and Re-Halloween, so check them out there.
Posted by Barbecue17 at 11/01/2016