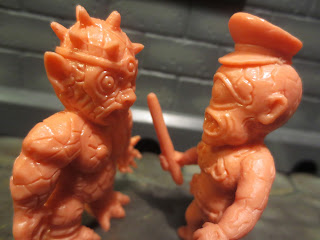 It's time for the fourth and final review of Gorelords from Violence Toy! I first heard about this series from the Keshi Drop near the end of September/ beginning of October and, after a day or two of debating once they went live, I decided to jump in and pick of the full set of these guys in the classic M.U.S.C.L.E. inspired "flesh" color. I'm a sucker for 2 inch figures in that familiar style and while the bigger companies aren't really producing much, many smaller companies are releasing some truly cool stuff. I have no idea how big of a company Violence Toy is (they seem like a fairly small operation thus far) but they've released a pretty nice set of figures with Gorelords. While every figure in the set might not be to everyone's liking, there really is a pretty diverse range of figures here, so everyone should be able to find at least a few figures they like from the set. Let's take a look at Pack D after the break... 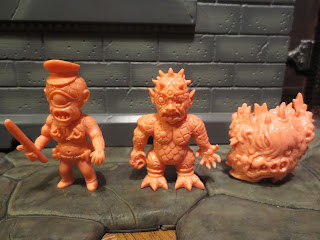 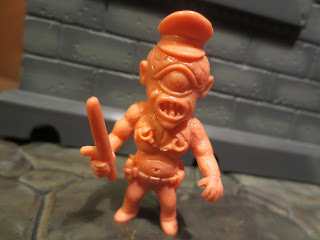 * Psycops is a police officer themed minifigure with a punny name. He's a cyclops wearing a police officer's hat and belt who carries a nightstick. Oh, and he has handcuffs attached to his nipples. What the heck? That's a really odd, crazy detail for this guy. 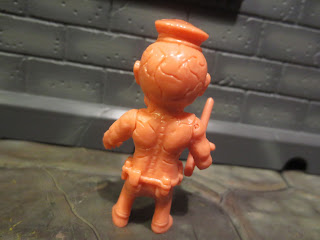 * Turn Psycops around and you can see more detail from his back, including a visible spine and lots of veiny ridges on his cranium. 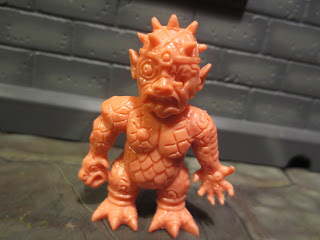 *Trollborg totally sounds like a direct to video film that would be sitting on the shelf at your nearest mom and pop video store. He's absolutely crazy looking with some truly impressive sculpted detail. I love his spiky helmet and crazy eyes. 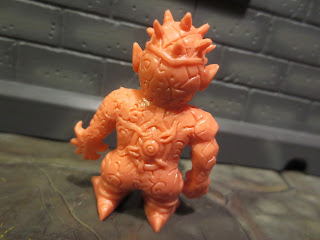 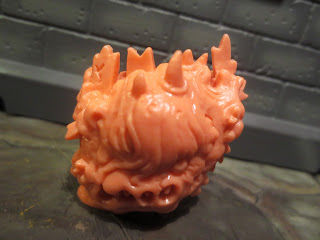 * I'm always a fan of unusually shaped and designed minifigures, so Snotpile certainly fits the bill. It's essentially just a giant pile of mucus with a face. A really nasty looking face, though. And shards or glass, perhaps. Did this guy roll through some broken glass to give himself some offensive weaponry when fighting against the other Gorelords? If so, then that is awesome. 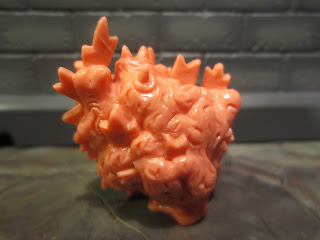 * Here's a bit more detail from the pack. This guy is just really nasty, isn't he? 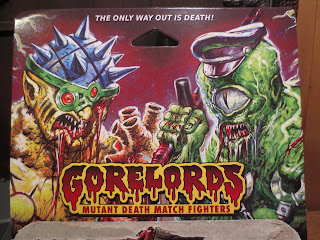 I haven't showed off the packaging art yet, so here is an image of it. It's the same for all figures and it features Psycops and Trollborg from this set. I guess that these two guys are the posterboys for the line then, right? This is a good set of figures and I like them. I have other figures in this series I like better, although Snotpile on his own would be pretty high up. These are so well scaled and colored to M.U.S.C.L.E., O.M.F.G., S.U.C.K.L.E., and other minifigure lines that they're definitely worth looking into. This one's a Good and a 1/2 set with some nice sculpting, especially on Trollborg.


I've reviewed all four sets of these over the past few days, so check out my list of reviews on the side or visit the action figure review index.
Posted by Barbecue17 at 11/08/2016