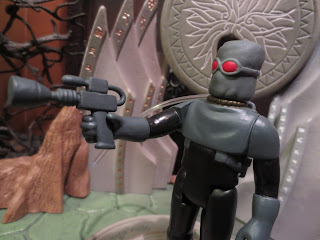 Super7's The Worst is definitely kind of dominating the Re-Halloween celebration this year, aren't they? It kind of helps that I picked these up in mid-October, so the timing was right, but they also feel like a perfect way to wrap up the celebration. Today I'm looking at another figure in the series: The Midnight Special version of the Gas Phantom. The Gas Phantom is the Ethereal Specter of Evil and I'm totally digging his Mike Mignola-esque vibe. Seriously, this dude looks like he would be right at home pestering Hellboy, taunting Batman, or stirring up trouble for Lobster Johnson. While the Gas Phantom absolutely has the retro action figure look down, he really does remind me of Kenner's Mr. Freeze from their Batman: The Animated Series line. Initially I thought this guy was going to be my favorite figure in the set. Is he? Find out more after the break... 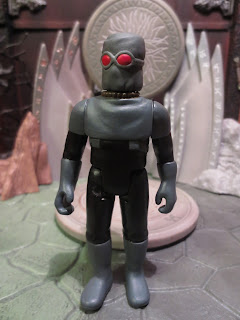 Non-Scalper Price: $90 as part of the Midnight Special set, including the five other figures in the series. 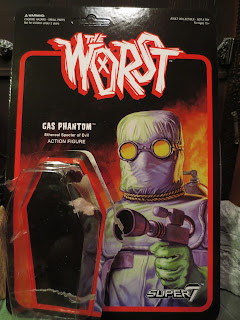 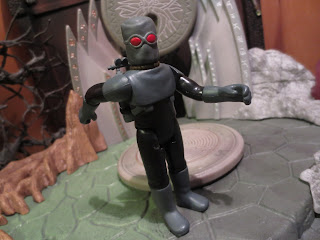 * There's really not much to say about the articulation on faux retro action figures: You get five points. Is anyone surprised? What is nice, though, is that the articulation feels very solid and the plastic quality seems really sturdy. Some of the earlier Funko ReAction releases felt very cheap, but these feel much better. It feels like something made to be played with over and over. 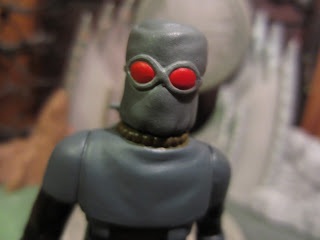 * I'm a sucker for characters wearing goggles and son, let me tell you, the Gas Phantom is wearing some killer goggles. I love red lenses, too. If it were socially acceptable, I'd wear goggles with red lenses every day of the week. I also like how he has a cord of rope around his neck. I initially wondered if it was supposed to be a noose but it's actually attached to his backpack. 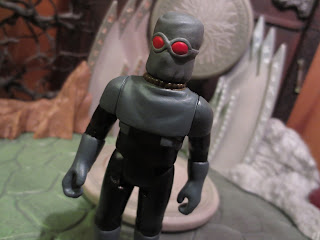 * While the Gas Phantom's outfit is fairly plain, it does pull of the look of someone in a homemade costume pretty well. This guy wouldn't be out of place in the Watchmen universe, really, would he? I definitely think the Midnight Special variant is the way to go as the black and grey color scheme seems so much cooler than the tan color scheme of the standard release. 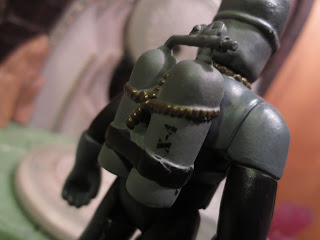 * Here's the Gas Phantom's gas tank. It's two tanks strapped together with "X-4" written on one of them You can also see the rope that's wrapped around the Phantom's neck attached to the tanks. How thick of a neck does this guy have to hand his tanks from it? 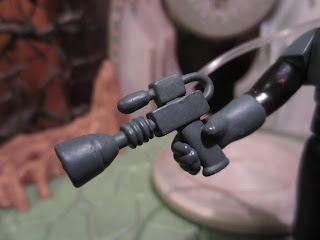 * I'm nuts about this gun! It's a gas gun and it kind of reminds me of a cross between the Sandman's pistol and Darkwing Duck's gas gun. Actually, the pistol looks a heck of a lot like Darkwing Duck's gun. I wonder if someone at Super7 was inspired by it? The clear plastic tube that connects to the pack and the gun looks pretty cool. It falls off a bit too easily but it's a nice effect and displays well. 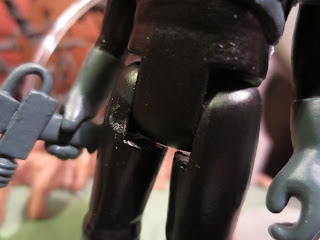 
* There's some weird paint rubbing on his thigh. Not sure what's going on here, but the black outfit makes it fairly noticeable. 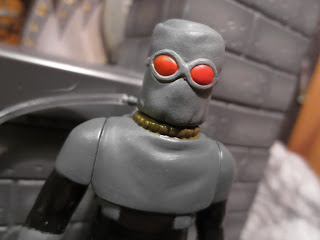 The Gas Phantom is one of my favorite figures from this series. He's a simple concept, but sometimes those work the best. Seriously, if the Worst had been an actual vintage toyline from the 1980s everyone would have wanted Gas Phantom. He's got the cool mysterious vibe, like Boba Fett or Snake Eyes, but he's also kind of creepy, too. What's under that mask? Is he a legitimate phantom? How does he hold up his gas tank with a rope draped around his neck? A great figure causes your imagination to run wild and ask some crazy questions, and that's what this guy is: A Great figure.

Keep checking back here every day in October and the first week of November for more Toy Terror! Also, make sure to check out the Toy Bloggers United contest being hosted here this month! For more 31 Days of Toy Terror, check out my Hokey Halloween Horror page for spooky fun from 2016 and years past!
Posted by Barbecue17 at 11/05/2016