Action Figure Review: Oogie Boogie from The Nightmare Before Christmas ReAction by Funko 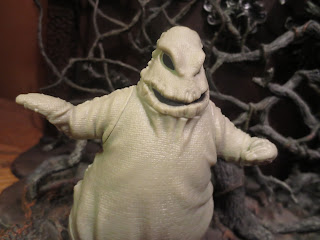 While the Nightmare Before Christmas ReAction figures from Funko don't really look that much like the late 1970s/early 1980s action figures that most other ReAction brands pay homage to, they definitely succeed in having their own unique style. Hasbro's The Nightmare Before Christmas toyline was released alongside the film in 1993 and they were definitely not styled like vintage figures. The characters varied quite drastically in size, style, and level of articulation. Oogie Boogie was one of my favorites (I still wish I had my original one) and he was crafted by Hasbro as a hollow rotocast figure that had a slit in it so plastic insects could fit inside. While Funko isn't adding action features to these or using different materials, they definitely are mixing size and style up a bit for this line. Oogie Boogie is part of series 2 and was one of the first figures I grabbed from the set. Ready for a look at the Boogie man? Then join me after the break... 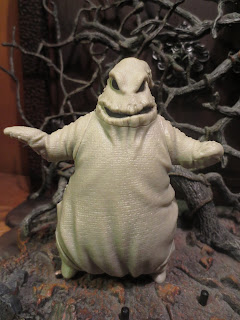 Non-Scalper Price: $10 dollars (although I've been picking these up at Toys R Us for $7.50 due to a number of recent sales) 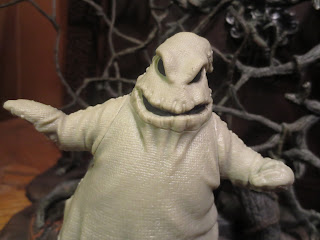 * Oogie Boogie has a pretty good sculpt. He's fairly impressive and really captures the "ghost in a burlap sack" look of the character. I like the expression on his face and the various folds and wrinkles present, too. This is a pretty good looking Oogie Boogie, really. 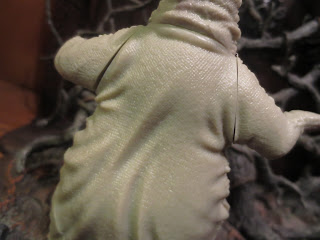 * Oogie Boogie has a burlap like texture all over his body, which is entirely appropriate. Again, I'm not sure a true vintage figure would have had this, but I think it was absolutely the right choice. 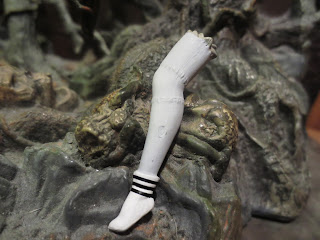 * Oogie comes with one of the most unique accessories I've seen lately: Sally's leg. Remember the scene where Oogie Boogie sees Sally's foot peeking out in his layer and realizes it's just her leg and a distraction? That's what is represented here. It's a cool extra and it has some excellent sculpting and a few nice paint application, too. 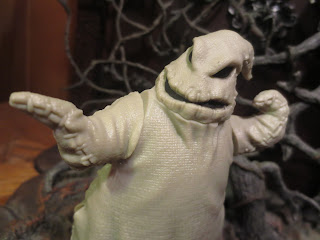 * While Oogie Boogie has the same 5 points of articulation that most other faux retro action figures have, the way the joints are designed are rather pre-posed. I know Oogie Boogie must be a tough character design to add articulation to and Funko didn't really do anything new here. The guy moves, but it looks awkward when he does. 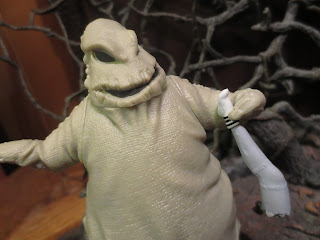 Some characters are just tough to turn into an action figure and Oogie Boogie is one of those characters. Funko did the best job with him I believe they could have and he does look cool on the shelf. He's not as large as you might expect but I think he looks pretty cool. The leg accessory is hilarious, as well, and really helps to connect this figure to a specific scene from the film. Oogie is a Great ReAction figure and well worth adding to your collection of Nightmare Before Christmas stuff. I know he's a welcome part of mine, now!

The only other Oogie Boogie figure I've reviewed is the Diamond Select Oogie Boogie (Toys 'R Us Edition) figure. If you're looking for more Nightmare Before Christmas ReAction figures, check out these: