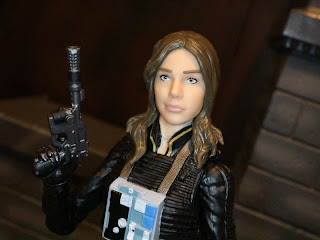 Today I'm reviewing Jaina Solo, the 2016 Fan's Choice winner for the Star Wars: The Black Series line. Mired in controversy (which I won't get into too much here), Jaina beat out the competition and has just recently started shipping. One of the few Legends characters (or characters from what was once the Expanded Universe) to be made in the line, it will be interesting to see Jaina's reception among fans. While I certainly didn't read everything from the Expanded Universe, I read enough for it to be a formative part of my Star Wars fandom. I didn't get into Star Wars until the mid 90s, when I was a pre-teen so, for most of my formative years, I accepted characters like the Solo kids, Mara Jade, Dash Rendar, Prince Xizor, Mara Jade, Kyp Durron, Grand Admiral Thrawn, Kyle Katarn and Jan Ors as just part of Star Wars like any other character. Prior to Episode I I largely stopped reading the EU and only kept up with it through friends, action figure releases, and some comic books. Currently I do read everything in the New Canon but I still have a soft spot for many of the EU/ Legends characters and stories, so Jaina's entry into the Black Series gives me hope that we'll continue to see this line expand, encompassing more film, TV, Legends, and New Canon characters. Let's take a look at the incredible Jaina Solo after the break... 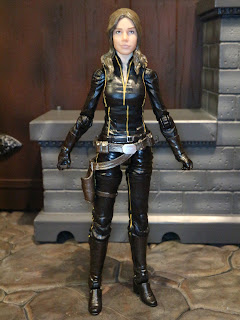 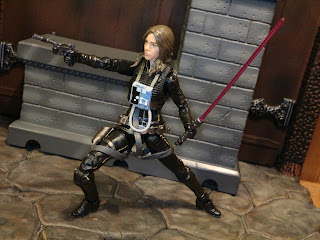 * Jaina has some incredible articulation. Not only does she have all of the joints you'd expect but she also has a hinge joint below her mid-torso balljoint. This really would help her fit in a to scale fighter if Hasbro were to ever make one. She's easily one of the most well articulated and durable action figures I've purchased this year. 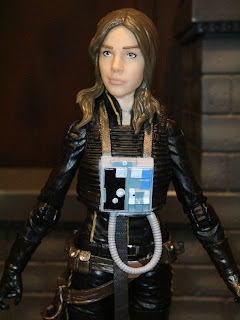 * Jaina is a very impressive looking figure. She's decked out in a black flight suit with plenty of details. She's an amazing looking figure and another example of what Hasbro can do when they fire on all cylinders. 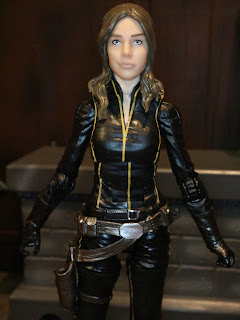 * Jaina's flight gear comes off easily revealing a form fitting black jumpsuit with orange piping underneath. This is a very cool look and it reminds me of the action figures of Luke Skywalker and Deena Shan from the Legacy Collection 2-pack. 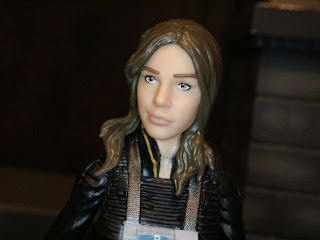 * I love Jaina Solo's headsculpt. She's not only quite lovely, matching quite a bit of the varied Star Wars Legends art produced over the years, but you can actually see elements of both Han Solo and Leia Organa in her facial features and expression. She definitely looks more like her parents than Ben Solo does. 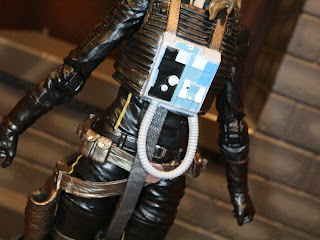 * The chest panel and flight straps/ ejection harness have some excellent details and paint applications. I'd love to see Hasbro approach future pilots with this level of care. 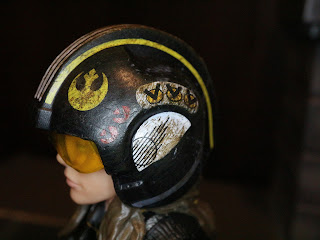 * Jaina's helmet is incredible. The paint detail, the weathering, the fit; it's all excellent. This is one of the nicest accessories we've seen in this line to date. 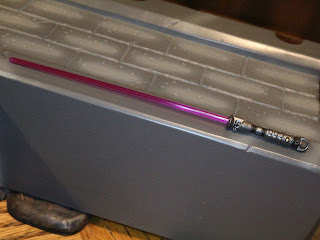 * Jaina's purple lightsaber looks pretty cool. It's similar to most other lightsabers in the line and features a removable blade (more on that in a minute) and a loop to hang the hilt from her belt. Who would have ever though that mace Windu wouldn't be the first figure to be released with a purple lightsaber in this line, though? 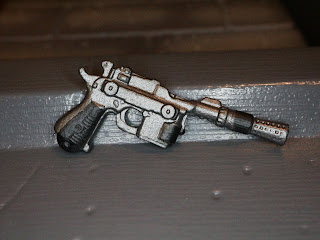 * This is one of the best blaster pistols in the line. The sculpted detail and subtle paint operations are impressive. Most impressive. 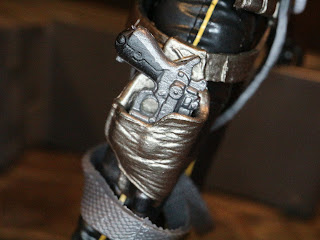 * The blaster pistol fits easily into the holster on Jaina's hip. 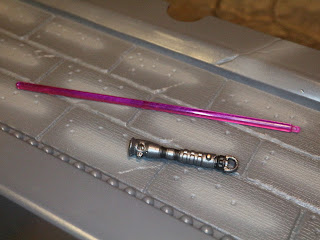 * I really think it's time that Hasbro moves from making the lightsabers detach at the blade to giving us both a lit saber and a hilt. It's very tough to pull the blade out and it feels kind of risky to do so. 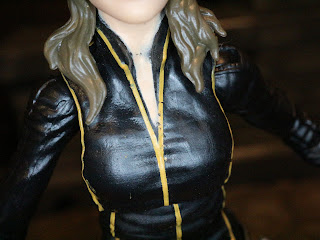 * Underneath Jaina's removable chest piece there seems to be some less than perfect paint. You can see some smudging on her chest and the orange piping is a bit messy. 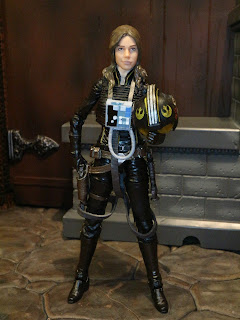 At this point, as we're reaching the end of the Star Wars: The Black Series releases for 2017, I think Jaina Solo is easily going to be in the top 5. I did a top 10 list for this line in 2016 and I'll be doing one again in the next month or two (I want to wait to get DJ and Rey (Island Journey) in hand before I finish the list). She has a terrific sculpt, excellent accessories, and a lot of playability. She's a fun figure of a character I reckon most of us didn't expect to see in this line. Her appearance is not only a very welcome thing but also gives me hope that we may yet see more Expanded Universe/ Legends characters sprinkled in to the Black Series over the years. Jaina Solo is an Epic figure and well worth tracking down for your collection.


This is the first Jaina Solo figure I've ever owned, so that means she's also the first one I've ever reviewed on here. For more reviews of Black Series figures, check out the following: