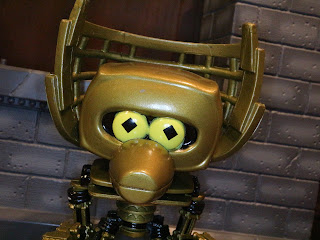 Two of my favorite shows returned to TV this year: Mystery Science Theater 3000 and Twin Peaks. Twin Peaks was weird, oddly paced, and apparently loved by most David Lynch fans according to everything I've read. It left me almost completely cold, though. Mystery Science Theater 3000 however, was incredible and I've rewatched it multiple times. For a show that has never had a bad season MST3K: The Return kept things going along with a great new cast, excellent writing, some fantastic cameos, and some upgrades for our favorite robots. These POP! vinyls are actually based on the Netflix series and thus Crow shows off his upgraded design. Last month I looked at Funko's Tom Servo POP! vinyl and now I'm finally getting the chance to check out Crow. Apparently Tom and Crow didn't ship on the same day.  Now that they're both out, why not order them for the MST3K fan in your life who needs something special for Christmas? It's a much easier Christmas gift to give than letting them decide who lives and dies! Let's take a look at Crow T. Robot after the break... 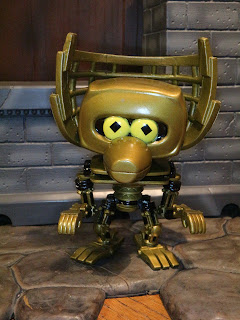 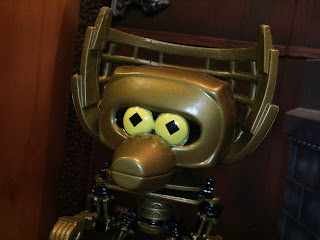 * Crow looks great and is instantly recognizable. The distinctive crest made from a hockey faceguard is really well done as is the shape of his head. It is odd to see Crow with his mouth closed, though. By the way, the real Crow's mouth is made from a plastic toy bowling pin that has been cut in half. Pretty cool, huh? 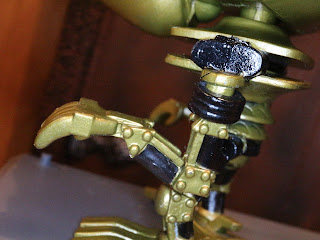 * Crow's arms are very detailed and feature some black paint apps to help bring out the details. Nicer work here! The newer arms from season 11 are more complex, featuring the parts from two desk lamps per arm instead of just one! The hands are larger, too. 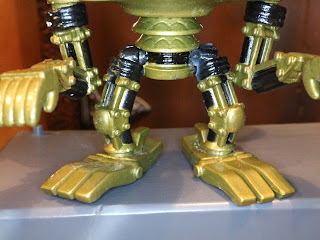 * This version of Crow has a lower torso, legs, and feet since now, in the new season, Crow sometimes walks around during the movies. Crow's legs are built much like his legs. His feet look like larger versions of his hands, too. 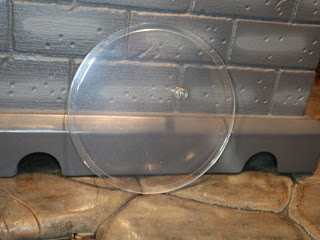 * Funko included a clear plastic display base with Crow to help him stand up. From my experience he really doesn't need it so I may use it with a previous figure that does. I have the Gold Dress Harley Quinn from Hot Topic but I accidentally her away her stand when I purchased her, not knowing it was in there. 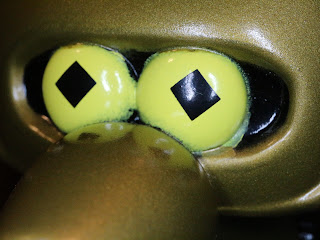 * Crow's eyes look fine at a distance but up close you can see some fairly messy paintwork on them. The yellow doesn't seem to fully cover the eyes. 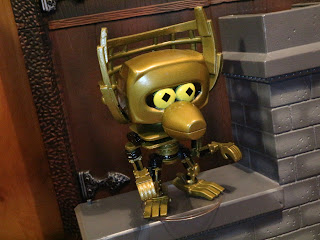 While Crow's eyes could have been a bit more sharply painted and I would have preferred if he had an open mouth (because, let's be honest, Crow always has something to say) I'm pretty happy with Crow. He's a Good and a 1/2 Funko POP! and an excellent display piece on top of my entertainment center. I wanted Tom and Crow to sit right in front of the TV but my wife wasn't going to have it. I'm glad Funko picked up this license and I hope they continue with it. It would be great to get versions of Joel, Mike, and Jonah along with the various mad scientists and villains over the years. Oh, and Gypsy and Cambot!

This is the first Crow T. Robot toy I've reviewed but I have reviewed other POP! Television figures, including: