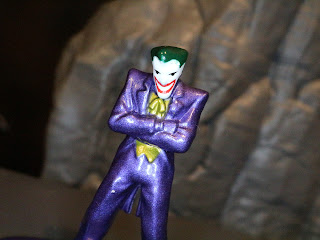 I'm going to be blowing through these DC Nano Metalfigs because I definitely want to show them all off (they're just really cool and appeal to me for some reason) but there really isn't a whole lot to say about them. I mean, they're little die-cast metal painted DC minifigures; what you see is what you get. Today I'm looking at the Joker. I've already reviewed the Suicide Squad based Joker previously but this new one is a more standard comic based Joker. There's definitely some Batman: The Animated Series influence in here, too. Let's take a look at this diminutive version of the clown prince of crime after the break... 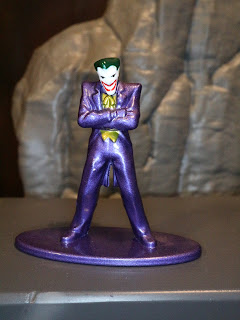 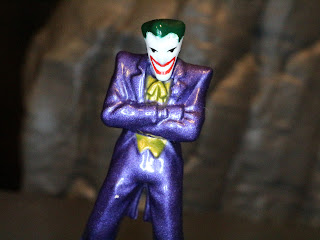 * First of all, just remember that regardless of what size screen you're seeing this little on, he's probably showing up quite a bit larger than the actual figure. The paintwork might look kind of rough when shown larger than life but it's actually pretty nice to the naked eye. The bright red Joker smile is quite menacing, even at such a small scale. 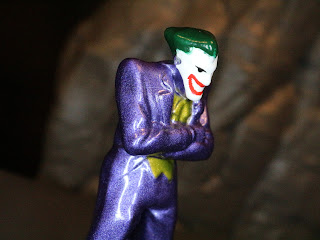 * From the side Joker is a bit unusual looking. While from the front he looks like he's laughing or giving a sassy pose, from the side his neck looks like it's protruding from his body at an unusual angle. He also has a weird paint chip on the right side of his face. Again, it's barely noticeable in person. 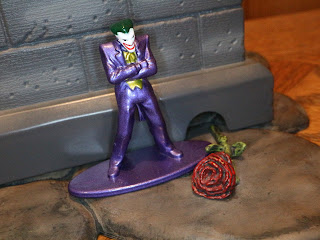 The Joker is a Good and a 1/2 minifigure. The metallic purple looks great, the paintwork is fairly sharp for a figure under 2 inches tall, and he's easily recognizable. If you have a Joker fan in your life then you might want to snag this for their stocking. It's tough to go wrong for a little metal maniac for $1.


I've reviewed so many Joker toys that he has his own review archive!