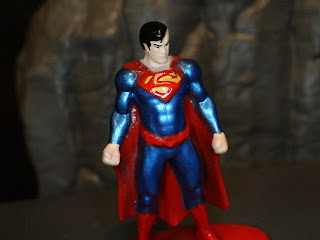 Today I'm looking at the second Superman released in the DC Nano Metalfigs line. The first (DC3) was released both individually and in 5-pack B, the 10 pack, and the 20 pack while this one is available single packed and in the 20 pack as well. I picked up the single packed version a week or two ago and I'm checking him out today. He looks much more like the Rebirth Superman rather than the New 52 Supes represented by the DC3 figure. Let's check out this die-cast metal version of the Man of Steel after the break... 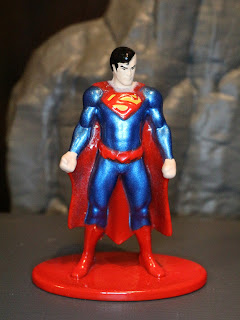 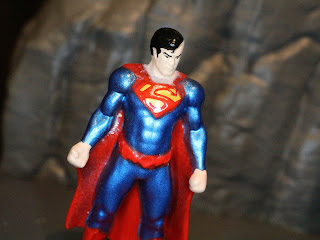 * This is a great look for Superman. He's not quite a classic Superman (no shorts) but he's still a very recognizable version of Kal-El. The paint work where red and blue meet is a bit messy (although not as noticeable to the naked eye) but the colors do look good, especially with the metallic sheen. 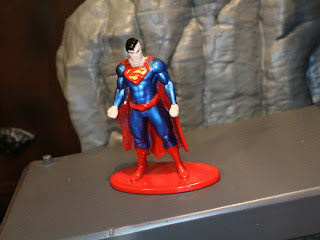 * Clark doesn't have a bad pose, either. He's a pretty tough looking minifigure. It's not the most dynamic pose but it works for what it is. 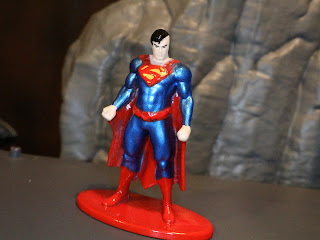 If you're looking for a die-cast metal Superman coming in at under 2-inches, this isn't a bad choice. Due to the neater paintwork and the more interesting pose I think I like the DC3 version of Superman better, but this one is still a solid Good minifigure.