Something Has Survived!: Armored Action Truck from Matchbox: Jurassic World by Mattel 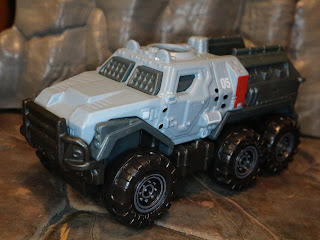 I couldn't tell you the last time I bought a Jurassic Park toy. Maybe in 1997 when the Lost World was released? The original Jurassic Park is one of my favorite films and while I definitely have enjoyed most of the films in the series I just haven't picked up that much merchandise from it since 1997. Nostalgia is a powerful tool, however, and while on a recent trip to Target I stumbled upon the very cool Matchbox Jurassic World: Fallen Kingdom cars. I'm not much of a toy car collector (other than the occasional Batmobile) but these Jurassic Park vehicles definitely appealed to me. I picked up two of the five packs, which I'll get around too in the next week or so, but for now I'm checking out the only single packed vehicle I bought: The Armored Action Truck. Mattel has released this as a full sized vehicle in the regular line, too, where it's called the Gyrosphere Blast. I'm assuming that means we'll see this cool looking vehicle in the film then, huh? Let's take a quick look at this truck after the break... 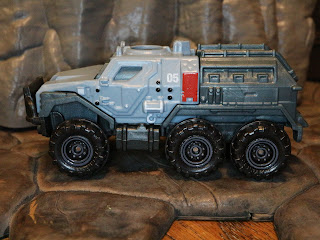 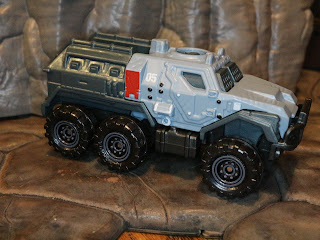 * Not being a car collector, I was really curious what the difference between Matchbox and Hot Wheels is (since they are both owned by Mattel). It turns out that Hot Wheels feature more street racers while Matchbox features a wider variety of real world and imaginary vehicles. The Action Attack Truck definitely seems like it could be a real vehicle and it features some very cool details such as armored plating, winches on the side, and six massive tires. 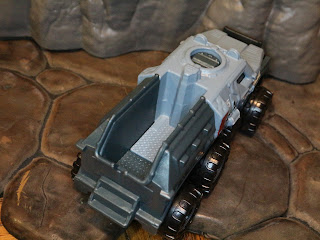 * The vehicle also features this cool recessed area in the back. It's like a truck bed, but much deeper. I wonder what it's for?

*Interestingly, these vehicles feature quite a bit more plastic than Hot Wheels. Most Hot Wheels vehicles seem to feature die-cast metal, but this seems to be made from plastic. That's not a big negative, but it did surprise me. 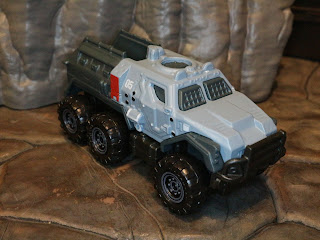 Anytime I can pick up something cool for around $1 I'm on it like Dennis Nedry on a Butterfinger bar. You know what really sold me on these? They remind me of the Matchbox Jurassic Park vehicles from the Lost World line. I think I had three of them back in the day and I kind of dug them (I keep the Roland Tembo minifigure from one in my California Job Case) as a tribute to both Jurassic Park and Warren Zevon! For around a buck and some change (Matchbox cars are a bit pricier than Hot Wheels) this is a Good and a 1/2 little vehicle if you dig this kind of stuff.