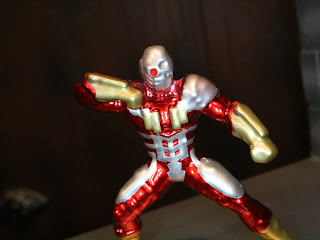 Finally I'm getting the chance to get into my most anticipated characters from DC Nano Metalfigs series 4! Series 4 had quite a few variants of characters (both new sculpts and repaints) but it was the excitement of some new Batman villains and Batfamily members that most appealed to me. Today I'm checking out Floyd Lawton, better known as Deadshot! Whether you know him best as a solo assassin, or as a member of the Secret Six, Checkmate, or the Suicide Squad, chances are you know him. Recently Deadshot has made on-screen appearances in both the DCEU film Suicide Squad and the animated Suicide Squad: Hell To Pay, so he's definitely had some major exposure. Jada Toys' figure is based on Floyd's look in the New 52 comics where he had a major role in that incarnation of the Suicide Squad. Ready for a closer look at this metal marksman? Then join me after the break... 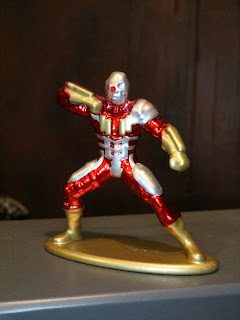 * What is there to like about Deadshot? Where should I begin? First up, I'm digging the pose. It's dynamic and very action oriented. Again, while these are small die-cast metal minifigures with zero articulation they still have the DNA of classic plastic army men and are quite fun to play with or pose around on your desk. 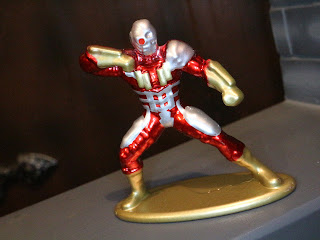 * Second up, I like the paintwork. The figure has a cool sculpt with lots of little details that are enhanced by the paint. It's probably the most complex paint job I've seen on one of the Nano Metalfigs and features some very clean line work. Deadshot definitely will stand out on your shelf. 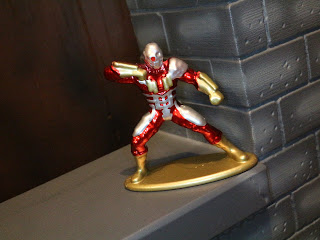 Over the past year I've really been developing an affection for inexpensive toys. There is something to be said for a cool little item you can grab for a buck. My daughter actually found one of these at Wal-Mart before my order came from Ferrara Market so she had hm before I did. I gotta admit, I was a bit jealous. Deadshot is one of the best figures in series 4 and easily a Great and a 1/2 minifigure. It is well worth tracking this little guy down!