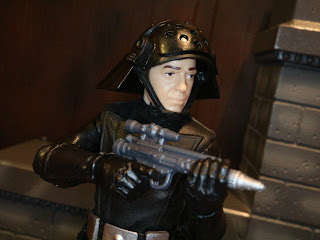 Since I've purchased every unique Star Wars: The Black Series figure releases, there were only four figures I really needed to purchase from the 40th Anniversary collection: The Darth Vader Legacy pack, R5-D4, the Jawa (who I haven't reviewed yet), and today's star the Death Squad Commander. Now, let's address first things first, this isn't the vintage Kenner Death Squad Commander! That character had a different helmet and a grey uniform and only appeared on board the Death Star in a few specific scenes. This guy is your more standard Imperial Naval Trooper. As an Star Wars fan and action collector I definitely think the standard Imperial Naval Trooper is the more desirable figure to own but, considering that Hasbro marketed the 40th Anniversary Collection as a vintage themed line, it seems strange to release this guy rather than the grey outfitted Imperial. Hasbro has definitely treated a few of the vintage characters very oddly; almost antagonistically, really (hey Sim Aloo!). Regardless of personal preferences here, this is what we have and it has turned out to be a pretty strong figure. Let's take a closer look at this Naval Trooper after the break... 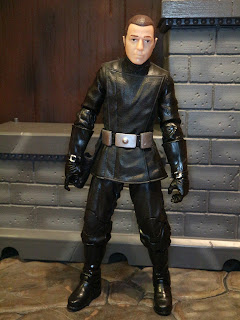 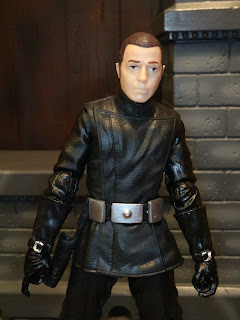 
* I really like the sculpting on this guy. While he's wearing a much more basic outfit than most Imperial troopers, who typically are covered in armor, he still looks pretty interesting. Clean paintwork and a variety of details such as folds, creases, and wrinkles really bring this character to life. 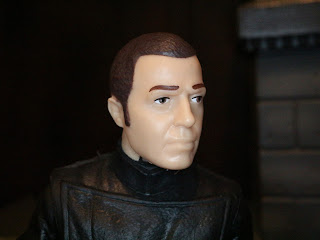 * I really can't tell you if this headsculpt can be tied to a specific extra from A New Hope, but it definitely is a good headsculpt. It looks like an Imperial trooper and captures both the short, military styled haircut of a trooper while still also throwing in those stylish 1970s sideburns. 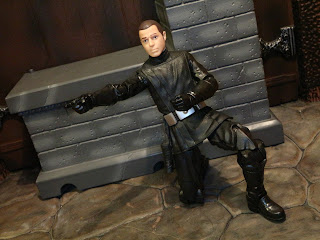 * The Black Series almost always has consistently good articulation that allows for kneeling poses and decent weapons holding poses. The Death Squad Commander/ Imperial Naval Trooper is no exception. For some reason, he's one of those figure's that extremely fun to just pick up and play with when you're just sitting around chilling out. He feels solid and sturdy, too. 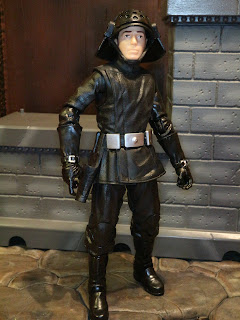 * Considering that he's wearing black almost from head to toe, the Death Squad Commander/ Imperial Naval Trooper doesn't look like a figure just molded in all black. Instead, his uniform features a variety of different blacks that give the allusion of different textures. His boots and gloves are fairly shiny, giving off the appearance of leather, while his tunic and pants are a more matte black that makes them seem more like finely tailored clothing. The helmet is really shiny, giving off the appearance of the same sort of armor that Stormtroopers and other Imperial troops would be sporting as armor. 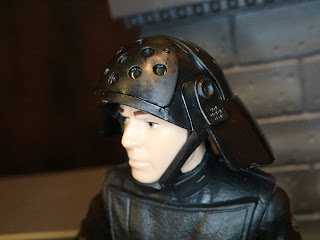 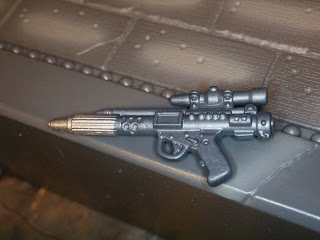 * Like Lando, the Death Squad Commander/ Imperial Naval Trooper also comes with a DH-17 blaster pistol. It's really tough to say who was the first figure releases as Lando and the second series of 40th Anniversary figures both showed up around the same time, but it's nice to finally have this weapon mold available. The DH-17 is molded in a gunmetal plastic with a painted barrel tip. 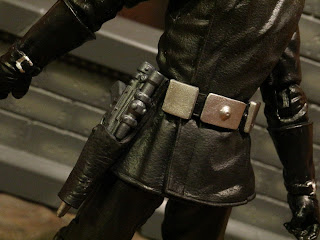 * Not only is this figure sporting a pretty cool looking belt but he also has a functional holster. The blaster fits right into the pouch on his right hip and stays in plays securely. 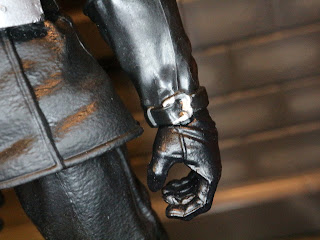 * The gloves have a buckle on them but the left glove's buckle looks rather warped. I'm not sure what happened here but the buckle seems a bit misshapen and messy. 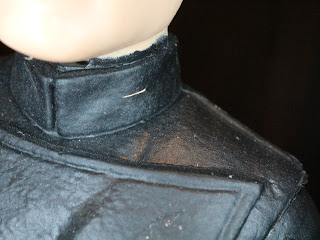 * This is a pretty minor nitpick but there is clearly a splotch of errant paint on the figure's collar. It is noticeable in person but not a deal breaker. Just a minor quality control error, really. 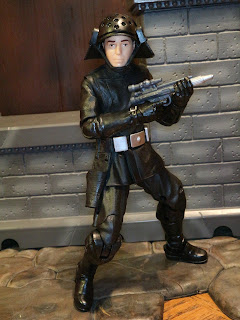 While I'm sure some fans are upset that we didn't get the grey suited Death Squad Commander that Kenner based the original vintage figure off of, this guy is not at all a bad figure. Hasbro has been very kind to the Imperial Legions and this guy checks off yet another Imperial Troop builder from the list of troopers who have appeared in the Black Series. Hasbro has been much kinder to the Empire and the First Order than they have to the Rebellion and the Resistance, haven't they? This figure has a great sculpt and is really just a fun toy to add to the collection. Hopefully Hasbro will tweak this figure at some point with a grey uniform and a new helmet and re-release him for fans who need the most authentic Kenner Death Squad Commander they can get (which, considering the guy is a legitimate film variant rather than something like Kenner's unique take on the Cantina aliens, I'm all in favor of it) but, all things considered, this is still a Great figure.

The only other Imperial Naval Trooper I've reviewed on here is the microfigure from the classic Galoob Micro Machines Star Destroyer/ Space Fortress Transforming Action set.

If you're looking for figures from the 40th Anniversary Collection, check out the following: