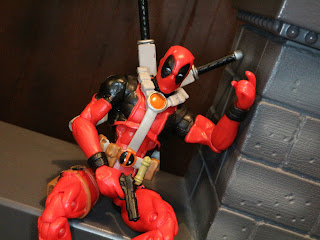 Hi everyone! It's me, your old pal Deadpool! Today I'm going to be reviewing myself. Well, an action figure of myself. Well, myself as an action figure. You get it, right? of course you do! Last week my good friend who is almost as cool as me, Barbecue17, reviewed the ridiculous version of me/ not me from X-Men Origins: Wolverine. About the only things that movie got right with me was having me played by Ryan Reynolds and showing me shirtless. You know, for the ladies. And some of the guys. I don't judge. Anyways, Hasbro wisely also released some comic series in the X-Men Origins: Wolverine line and this is the comic version of me! Much better, right? Hasbro had been making 1/18th scale action figures for quite some time but 2009 was their first foray into making 1/18th scale Marvel figures. Lots of Marvel lines shrank to less than 5 inches (something ol' 'Pool never does, by the way😍) alongside the flagship Marvel Universe line so there were lots of other Figures Sold Separately for me to hang out with/ brutally kill. Let's check out the Comic Series version of me after the break... 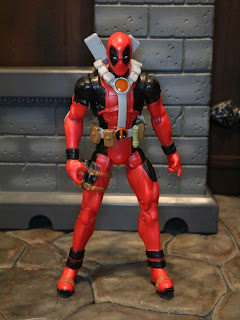 Accessories: Two katanas, a sai, machine gun, and a pistol. 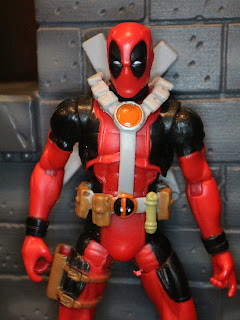 
* Look at me! Don't I look great? It's nice to see me in my traditional outfit rather than in my Baraka cosplay. The paintwork is pretty slick on this outfit and I've got a fairly cool harness. It's a bit too big, but that sometimes happens when I'm hanging out in the 1/18th scale. 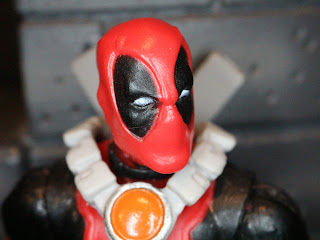 * Look at that handsome mug! Yeah, I dig it.  got the squinty thing going on. Like Clint Eastwood before he talked to empty chairs. Or Hugh Jackman when he accidentally puts his nose drops in his eyes. 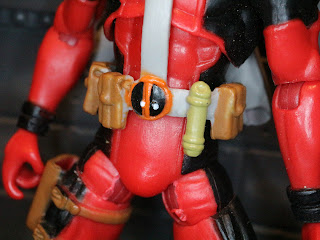 * Hey! Check out my bulge. Also, check out my belt! There's my little Deadpool symbol along with some various other pouches and tubes that I keep all kinds of goodies in. What's in there now? Probably handcuff keys, Chiclets, a few Jolly Ranchers, a few magazines for my pistol, and a deck of Space Jam branded playing cards. 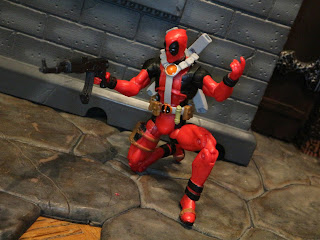 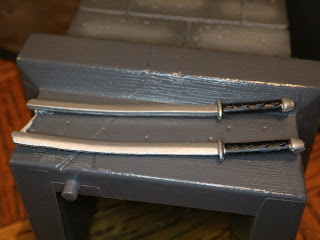 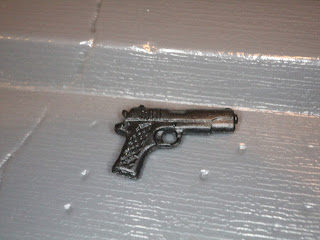 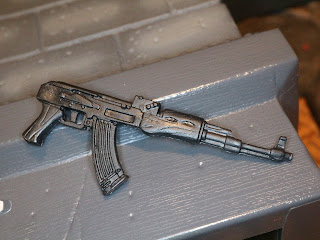 * When it's time to spray some hot lead I pull out this little Russian built beauty! 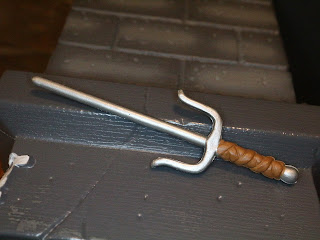 * I also have this giant sai that I stole from a TMNT Raphael action figure. He's still looking for it, so shhh!! 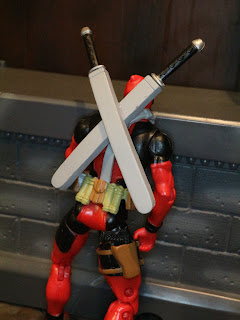 * One really convenient thing is that I can carry my swords in my sheathes and my pistol in my holster. It keeps my hands free for...other activities. Like ping-pong. 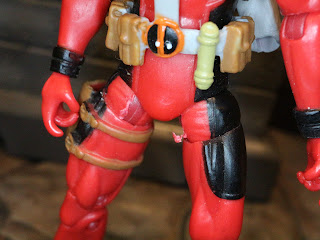 * I don't think it's a problem but some people are offended that I'm so loose my hips rattle. Actually, maybe it really is a problem because my hips are pretty loose. I have awkward ball joints. 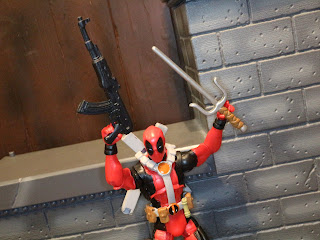 * I don't mind big guns but these two weapons are just a bit oversized for what they are, don't you think? I'm usually a bigger is better guy but these seem just a bit out of scale. 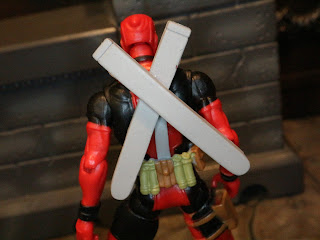 * I accidentally picked these sheathes up in the big and tall section of Sword Warehouse (it's a real place- Google it). They hold my swords just fine but they don't really match up with my girlish figure and my delicate features. At least if someone pisses me off and I somehow lose my sword I could probably beat them with one of the sheathes. 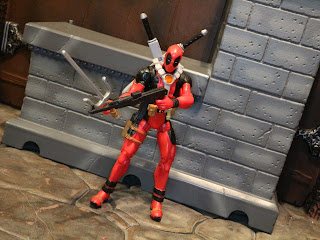 While many better action figures of me have been released over the past decade, this was the first 1/18th scale version of me in my classic look. It's definitely a figure everyone would look at and say "Hey! It's that handsome devil who may possibly be my real biological father, Deadpool!" There are a few odd sizing problems with accessories but I do come loaded with some cool toys, so maybe it evens out? At the time of this release I was a hot commodity and would have probably been considered a Great and a 1/2 version of myself. Everyone wanted to get their hands on me!

For more reviews of merchandise based on your friend Deadpool, check out the reviews of Mezco's One:12 Collective Deadpool, The X-Men Origins: Wolverine Deadpool,  and the Toy Biz X-Men: X-Force Deadpool.
Posted by Barbecue17 at 4/21/2018