The second trailer for Solo A Star Wars Story dropped late Sunday night, and based on the first 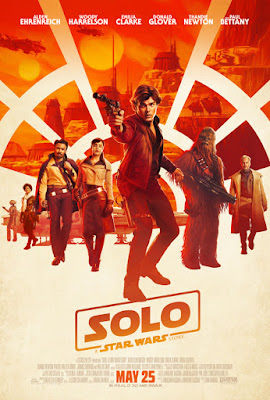 trailer I was in no hurry to watch it.  However as I woke up early Monday morning I was pleased to find, this looks like the Han Solo movie I have been looking for.

Does the film look a little rough around the edges? Sure, but in all the right ways! The thrills, grime, and charisma this trailer oozes are a far Wookie cry from anything we have seen thus far for the film, leaving me really looking forward to Memorial Day weekend 2018.

Disney also released another generic studio poster for the film, which you can see to the left, and hopefully this time the design wasn't smuggled from another studio!

Let us know what you thought about the new Solo Trailer in the comments below or email us your thoughts to thepicreview@gmail.com