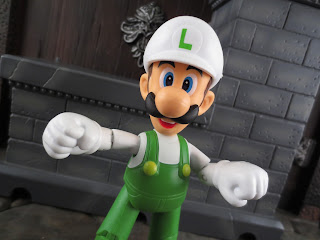 While some folks are already reporting finding wave 1-5 of Jakks Pacific's World of Nintendo line (which includes character such as Waluigi, Bowser Jr., and Sheik) wave 1-4 only started hitting in December, so they are technically 2015 releases. I had ordered the entire set of 1-4 and just got them in a week or so ago. Like Fire Mario from wave 1-3, Fire Luigi is a simple repaint and thus this review might be a bit shorter than usual (check out the basic Luigi review here). If you've always been a fan of the Mario Bros. through all of their different incarnations, the thought of having both of these guys paired up as a fireball throwing team is probably as irresistible as the desire to leap over the flagpole. Ready for a closer look at Fire Luigi? Then join me after the break... 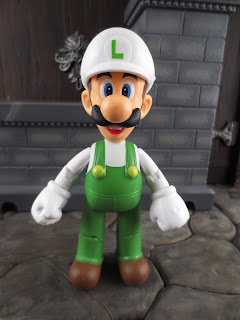 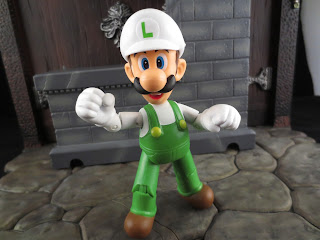 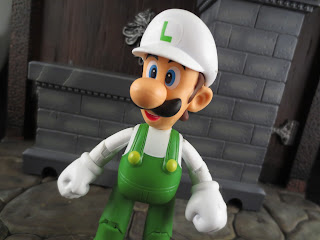 * While this guy is a simple repaint of the earlier Luigi, that's really no problem here. Sometimes cartoon and video game characters look off when turned into a three dimensional action figure but Luigi doesn't! This guy is incredibly well sculpted! I love the expression on his face! 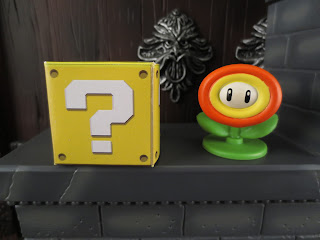 * Luigi appropriately comes with the same Fire Flower accessory stored inside the cardboard "?" block that Fire Mario came with. This is a really cool looking accessory as it features the more modern look for the Fire Flower as seen in games like Mario Galaxy, New Super Mario Bros., and Super Mario Maker. The Fire Flower is permanently attached to a base which allows it to stand rather nicely alongside your collection of other Nintendo accessories. I gotta say, these little extras like Fire Flowers, 1-Up Mushrooms, and Yoshi eggs are really making the line for me. 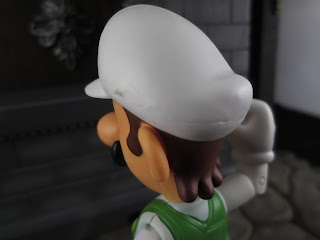 *While most of Luigi's white and green outfit looks pretty good, there are actually some odd scuffs on my figure's hat. They're on the back so they're not very noticeable, but they're there. Not sure what caused them know. Probably Hammer Brothers. Darn, I really want a Hammer Brother in this line. Or two. So I can have Hammer Brothers. And a Thwomp. 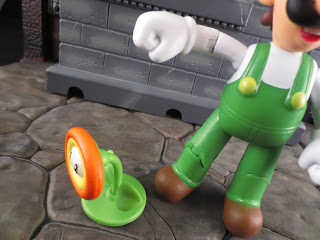 * I really wish Jakks had given Fire Luigi one hand that was designed to hold the Fire Flower. It'd be cool if Luigi could carry is around in his left or right hand. Sadly, it really just has to stay in one place planted on the ground. 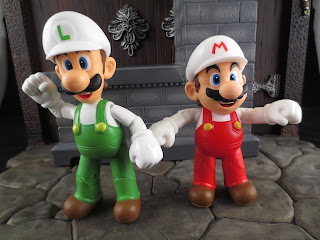 Luigi in his fireball outfit isn't nearly as iconic as Mario nor does he have the benefit of being the first figure to come with a Fire Flower. Still, he's a solid toy but not one that's likely to wow anyone. As someone who grew up exclusively with Nintendo consoles from 1987 until Christmas of 1999 (when I finally got a Playstation) the Nintendo characters really appeal to me and having a nice diverse roster of figures just rocks. Fire Luigi is a Good figure, but he's not the epitome of this line. I hope this line keeps going so I can get a Birdo. And Wart. And Princess Daisy. And Rosalina. More!!! 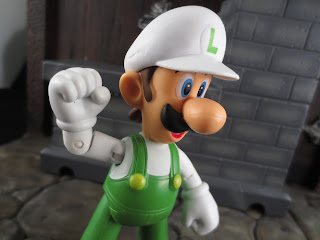 If you've got a thing for tall Italian men, check out my review of the standard Luigi.