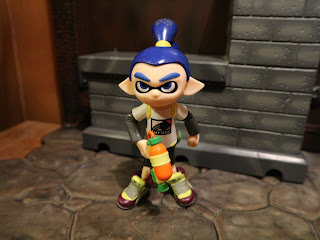 My guess is that most collectors of Jakks' World of Nintendo line grew up with Nintendo's characters on their classic consoles. Nintendo definitely tends to rely on their classic characters like Mario, Link, Samus Aran, and Donkey Kong, so it's interesting to see what they come up with when releasing a new IP. I'm not very familiar with Splatoon, but it seems like an interesting game. The Inkling Boy I'm reviewing today is one of the protagonists of the Splatoon series and is some sort of a human/ squid hybrid. He's part of the recent series 2-4 and is the only completely new sculpt in the series. Let's take a closer look at the Inkling Boy after the break... 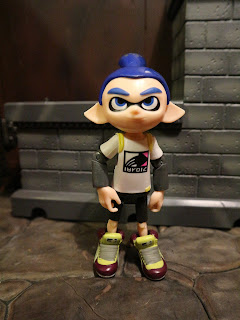 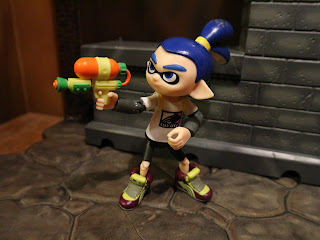 
* The Inkling Boy has quite a bit of articulation, although not all of it's useful. I'll get to that in a minute, though, as the arm articulation is pretty good and allows you to put the Inkling Boy into some cool poses. 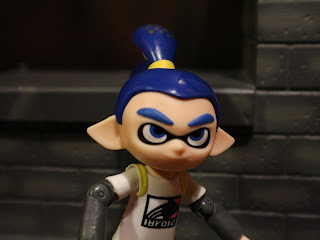 * The headsculpt on the Inkling Boy is pretty cool. It's very colorful and just a bit funky. The hair on the back is interesting, too; it's actually similar to squid tentacles. 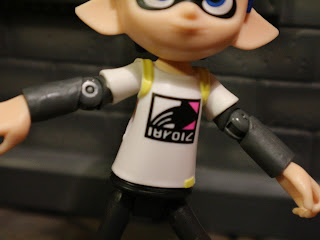 * Inkling Boy is also wearing a cool shirt. The print on it is really neat and clean and helps to bring some more life to the figure. 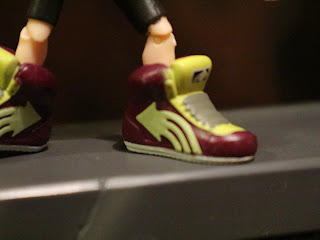 * The shoes are really cool, too. The paintwork is pretty sharp. I'd love a pair of shoes like this. 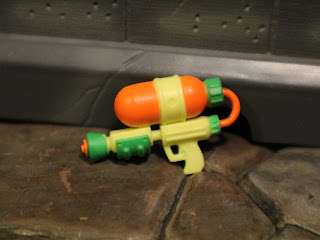 * This looks like a Super Soaker, but it's actually one of the ink blasters from the game. I like the design and the color scheme. 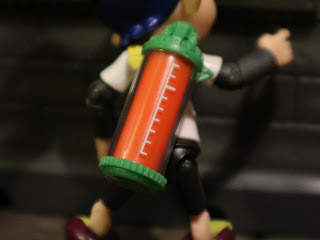 * The Inkling Boy also has a removable backpack that carries the ink. It even has measurement lines and everything on it. 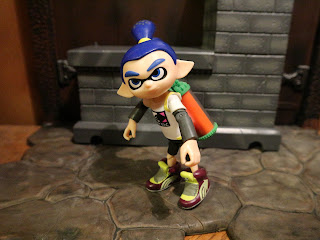 * The biggest problem with this is the oddly designed lower body articulation. It's really tough to get this guy to stand up, particularly when he's wearing the ink pack. Ball jointed ankles really would have helped to keep him steadier. 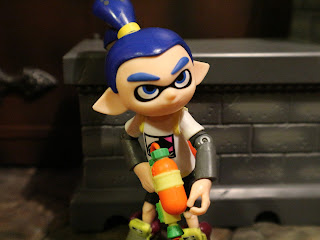 You know what? Even though I'm not too familiar with this guy he makes a Great addition to the World of Nintendo line. The Inkling Boy is a pretty unique looking character and while I'm more interested in the classic Nintendo properties, I'm glad they're putting out some figures from newer properties. Jakks can be all over the place with articulation in this line, but the great paint work and cool accessories help to make this guy quite a winner.


I haven't reviewed anything else from Splatoon but I have reviewed plenty of other World of Nintendo figures, including: