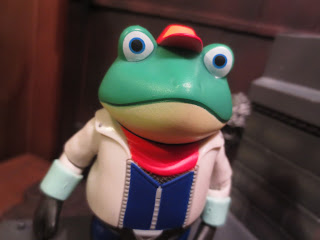 Today I'm checking out Slippy Toad from Jakks' World of Nintendo series 2-2. Not only does this review complete series 2-2 but it helps to complete the main Star Fox team. Fox McCloud was the first release, Falco Lombardi was the second, and Peppy Hare has appeared in series 2-3 (he's sitting on my shelf, so the review will be coming soon!), so throw Slippy in the mix to have the main four (although Rob 64 and Krystal could make cool additions, too!). How cool to have Jakks already on their way to completing some teams in the Nintendo Universe, right? Let's take a closer look at Slippy after the break... 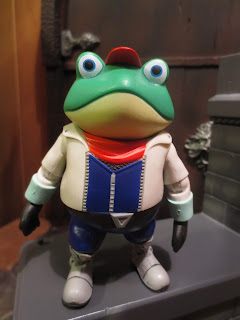 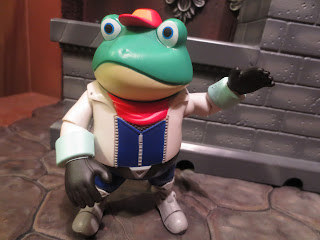 * Slippy is not at all a "super articulated" action figure. The joints he has, though, do work well. They feel solid and, despite the limitations of them, you can get some interesting poses going. The articulation also doesn't hurt the sculpt at all, leaving for a very appealing figure. 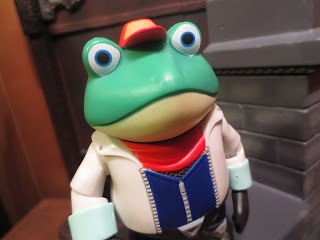 * This is an excellent rendering of Slippy as he appears in Star Fox 64 (or Star Fox 64 3D). The colors are great and the sculpt definitely evokes the rounded, somewhat comical appearance of the character. 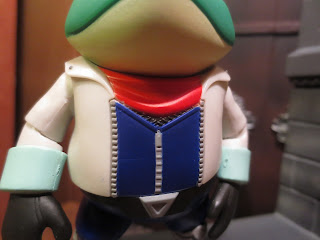 * Slippy is one of those simple figures that I just love. His outfit matches the rest of the team while still being distinctive. Jakks does some really nice sculpting that truly gives these figures a N64 era feel. When I say that these figures feel like they could have been released in the late 90s, I'm not criticizing them. There's something about them that makes me feel very nostalgic for that particular era of gaming! 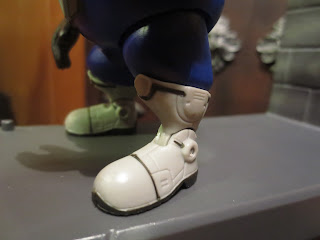 * The boots on all members of the team are just wicked cool. I want boots like this! They have a cool sculpt and some nice, darker paint applications. 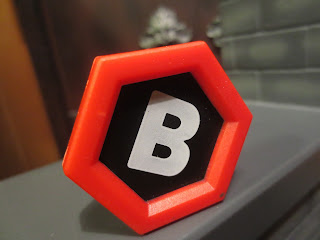 * Slippy's accessory is a Smart Bomb that you'd pick up as an in-game power-up. Of course, the Smart Bomb is something you'd pick up as an item while in the Arwing, so it's kind of odd to have it as an accessory for Slippy. It's also odd and flat and there's not really a great way for him to hold it. I don't know. It looks sharp, but it's kind of weird. Apparently Slippy builds these, though, so maybe it makes sense. 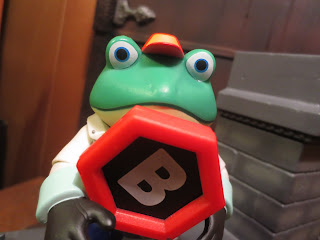 Slippy is another Good and a 1/2 addition to the World of Nintendo line. This is without a doubt one of my favorite action figure running today. Honestly, it could be in my top three right now. They're not the greatest action figures out there but, as someone who was so heavily engaged with Nintendo products as a kid and who still loves the N64 era, these are really something special. They're not for everyone, but if they're your cup of tea than you should know right away. I wish these had been out when I was in 8th or 9th grade! I would have collected the heck out of them then, too!

If you want to see more of this line, check out the rest of my World of Nintendo reviews: