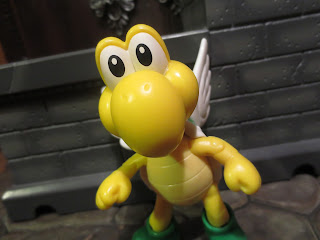 If you're looking for a simple way to classify action figure lines, just look at how they handle reuse. Some lines use a system where the body parts are interchangeable and can be reconfigured to craft new figures with the occasional new pieces thrown in (think Marvel Legends, DC Universe Classics, G.I. Joe: 25th Anniversary collection, WWE, and MOTUC). Others essentially utilize all new sculpts for each figure and rely on repaints or minor variants to help pay for the unique molds (think Star Wars: The Black Series, most NECA lines). World of Nintendo is definitely a line that heavily uses new sculpts for each character, and thus figures that can be repainted are important to balancing the costs out. Series 2-3 has three repaints in it to balance out the two new sculpts: Goron Tunic Link, Star Power Mario, and Koopa Troopa. A repaint of the series 2-1 Para Troopa, the Koopa Troopa is simply the Para Troopa with a green shell and green shoes. Let's take a closer look at this guy after the break... 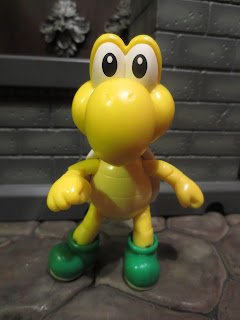 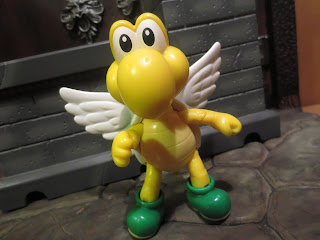 * The Koopa Troopa really is a very simple repaint, but it absolutely matches what is seen in the game. Green and red shelled Koopas definitely were prominent in Super Mario Bros., so I'm glad to have both. For the full details of this figure, check out my Para Troopa review. I really don't feel any different about this figure than I felt about the Para Troopa. 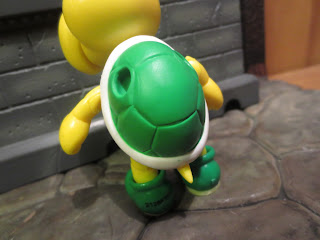 * Again, the only difference between this figure and the Para Troopa is the green shell and green shoes. They look perfectly fine. 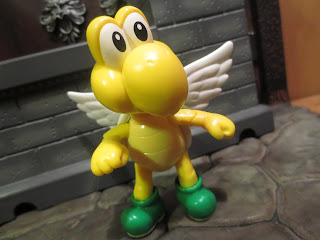 Along with Goombas, the Koopa Troopas really are the army builders of the Mario universe. While this is a really simple repaint, it definitely makes sense and gives you a chance to pad out your Koopa army. I still think this is a Good and a 1/2 figure, although I'd like to see a turtle shell accessory included with someone. I've heard these shells are removable but I've not been able to remove the shells on any of my figures. It's not an advertised feature, though, so I'm guessing some folks got figures that weren't as strongly assembled.

For more World of Nintendo figures, check out the following: