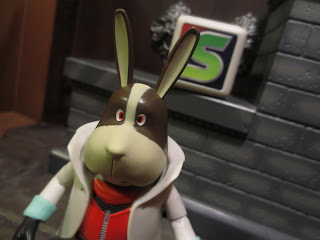 Today I'm looking at another figure from World of Nintendo series 2-3 and it's a figure that completes a team! Yes, indeed! With the arrival of Peppy Hare you can now complete the original Star Fox crew on your shelf. I really consider Jakks' World of Nintendo the little line that could as it kind of started off with hardly any attention given to it at all, only showed up at a few stores until sometime late last year/ early this year, and now seems to be trucking along with an excellent mix of A and B-list Nintendo characters (with possibly even a few C-list figures snuck in there). While there have been more members of the Star Fox crew over the years, Peppy completes the core original team of Fox, Falco, and Slippy. Ready for a closer look at the full team? Then do a barrel roll and join me after the break... 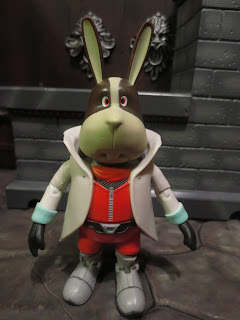 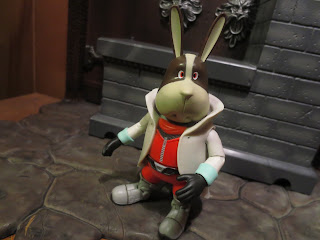 * Peppy is not at all what you would call a super articulated figure. He dos, however, both pose well enough to look good standing with the rest of the crew and feels pretty sturdy. For the character, figure design, and line, I'm not pretty satisfied with what we've got here. 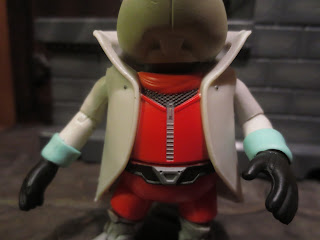 * I've said it with Fox and Falco and Slippy, but I'll say it again: The Star Fox team wears some snazzy boots! These look incredible, don't they? 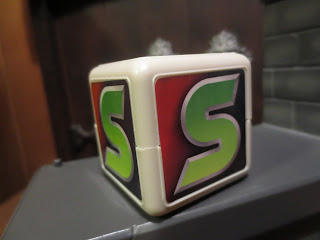 * You know, I kind of ragged on Slippy for having a Smart Bomb as an accessory since it really didn't interact with the figure and it was kind of weird as an accessory. I've sort of changed my mind, though, as I think Peppy's Item Box is pretty cool. It's just a simple plastic crate with stickers on it but it does the job. 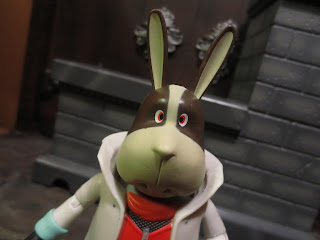 * I will readily admit that this looks almost exactly like the depiction of Peppy in Star Fox 64. There's something about it that's just a bit off, though. I don't hate it, but I think it could be better. Maybe if his eyes were actually sculpted rather than just painted on. Yeah, maybe that's it. That would have been really cool. 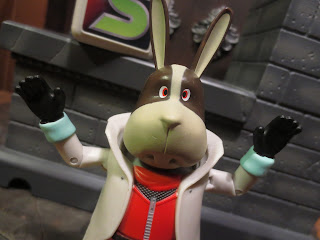 Yeah, I know Nintendo just released a Star Fox game earlier this year but, in 2016, how crazy is it that Jakks is releasing Nintendo 64 versions of this crew? While Peppy isn't a great action figure, he's pretty fun and a figure of a character I doubt many of us ever thought we'd see. Combine the fact that you can now mix him in with the rest of the Star Fox team and you've got a real treat for Nintendo fans. Peppy Hare is a Good and a 1/2 figure and quite possibly the highlight of series 2-3.


To the best of my knowledge, this is the only toy of Peppy Hare ever released. I've released a bunch more World of Nintendo figures from Jakks, though, including: