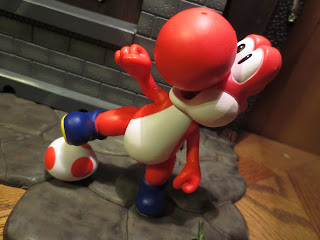 Today I'm looking at Red Yoshi, one of the two repaints in series 2-1 of Jakks Pacific's World of Nintendo line (the other one is White Tanooki Mario). Back when the original Yoshi figure was released in series 1-1 I comment in my review: "Now, we'll wait and see if Jakks tries to release Yoshi in a multitude of colors. I don't know if I'd be into that. But maybe..."
And then, in my review of the Pink Yoshi figure from last year I stated: "I'm not sure how many Yoshi figures Jakks could release before it seems like we're getting too many Yoshi's but one a year doesn't feel like too many."
Well, Jakks seems to be doing the one a year thing with Yoshi's and we now have the Red Yoshi. He's one of the original Yoshi colors that appeared in Super Mario World where he had the ability to breathe fire every time he swallowed a shell. Pretty slick, right? A fire breathing Yoshi? Let's take a look and see how this guy stands up to the past Yoshi releases, after the break... 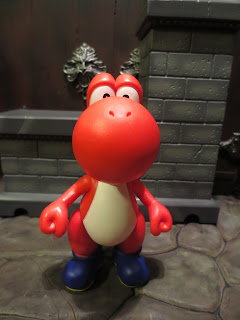 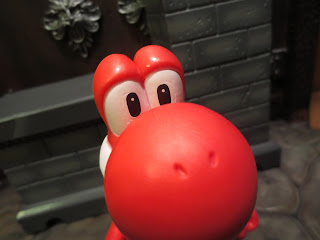 * Since Yoshi is completely a repaint of the two previously released Yoshi figures I'll simply direct you there for the full scoop. Being that the paint work on this guy is the only difference, I'm happy to say that it looks good. I love the bright red color scheme here! It looks great and captures the fiery nature of this Yoshi's personality. 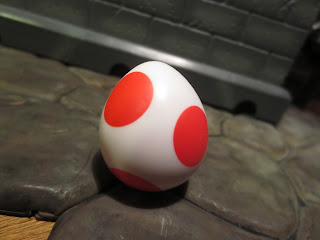 *  Yoshi comes with an egg, the same accessory as the previous two figures. The only difference here is that this egg has red spots instead of green or pink ones. The egg isn't a terrible accessory but it does have a hard time standing up on it's own. I really wish a fireball of some sort had been included to mimic Red Yoshi's fire breathing effect in Super Mario World. That would have been boss. 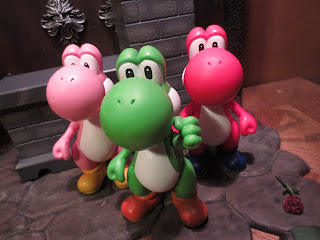 I now have three Yoshi's standing together and I have to say that I'm really digging it. They look great as a trio. World of Nintendo really is a line that is greater than the sum of it's parts. Individual figures can be OK, but put them together and you get something really special. Yoshi's still a Good figure and fun to pick up if you're a Yoshi fan and want an army of the little guys. As the line continues I'm still happy to get a Yoshi variant every now and then although I hope a Blue Yoshi figure will come with his wings. It'd be nice to have a bit more variety here. 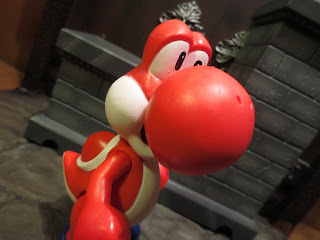 As mentioned above, I have reviewed the traditional green Yoshi as well as the Pink Yoshi. If you're interested in more World of Nintendo figures, check out my reviews of: