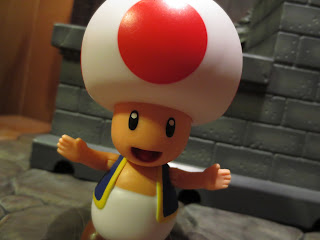 Today I'm looking at Red Toad from Jakks Pacific's World of Nintendo line. This is going to be a short one today, folks, and that's not at all related to Toad's height. Jakks Pacific's World of Nintendo features a lot of completely new and unique character sculpts with little potential for reuse so, to help manage costs, they tend to release quite a few repaints. Overall I'm good with that as they've been great about making these repaints seem significant and actually relate to the games. Red Toad feels the least significant, though, since he's almost exactly the same as Blue Toad who was released in 2015. Red Toad is part of Series 2-2 and has been hitting some retail stores over the past week or two. Let's take a look at one of the most famous denizens of the Mushroom Kingdom after the break... 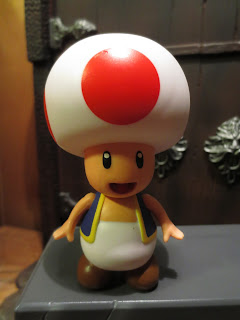 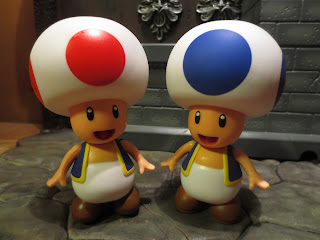 For a more in-depth analysis of the figure check out the review of Blue Toad from May 2015. He's 99% similar. 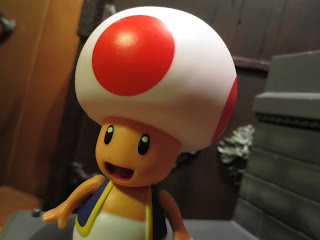 * Since the only difference between this Toad and the previous Blue Toad is the color of the spots on his hat, it's pretty important that Jakks did them right. And they did. Toad looks great and Jakks really nailed the look of the character here. 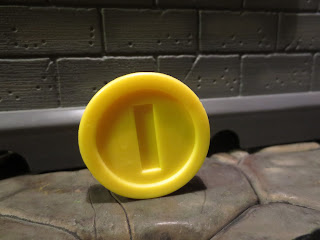 * Another coin? The coin isn't bad on it's own but considering that Red Toad is a simple repaint of Blue Toad, wouldn't something new be cooler? This guy really needed a vegetable or a POW! brick or something to mix things up. The coins need to go! 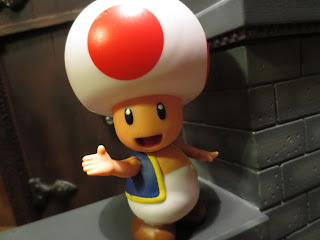 There's so little different between Red Toad and Blue Toad that I'm even giving them the same rating: Eh and a 1/2. Toad looks good alongside the other figures in this line but he's just so darn small and under-articulated that you're definitely going to feel underwhelmed by him. I mean, compare him to any other World of Nintendo figure released and you'll definitely feel like Toad is a far inferior figure. I have a K'nex Toad that I found in a Geocache that has more articulation than this figure. He's not bad in terms of sculpt, paint, or quality control; he's simply just not up to par with the rest of this line. If you're a major Toad fan or a completest on this line you'll probably want him. If you're just dipping your toes into the water to see what World of Nintendo has to offer, however, just stick with almost any of the other characters.

So obviously I've also reviewed Blue Toad but I've reviewed a number of other World of Nintendo figures as well, including: