Action Figure Review: General Sundar from Masters of the Universe Classics by Mattel 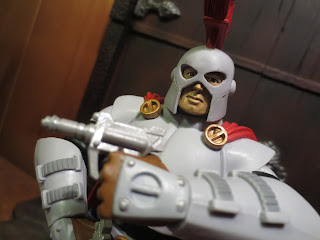 It feels like it's been forever since I last reviewed a Masters of the Universe Classics figure but in reality it's only been a little over two months. While I received General Sunder here (the packaging calls him General Sundar, but that's either a copyright issue or a misspelling: He's always been Sunder) back in September, I'm only now getting the chance to review him. General Sunder is a great character who had two very strong appearances in She-Ra: Princess of Power. While he serves the Horde initially, he eventually turns his back on Hordak's evil army and takes up arms against them. He's also a dedicated and honorable family man. There have been a number of collectors who have desperately wanted this figure and I'm glad they're finally getting a chance to get him. Let's check him out after the break... 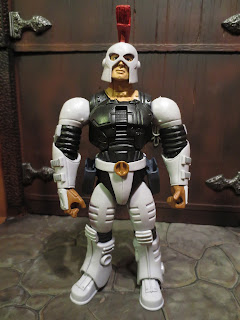 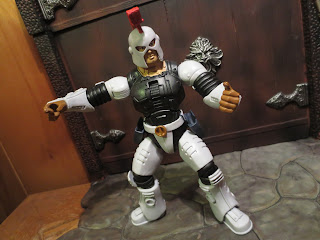 * General Sunder is well articulated. While his bulky armor inhibits his movement a bit, he still moves like most other MOTUC figures out there. He's durable, sturdy, and has a...robotic chest? Yeah, since he uses most parts from the Horde Trooper he's rocking the robotic chest underneath. I kind of dig it, although it's covered up completely by the armor. 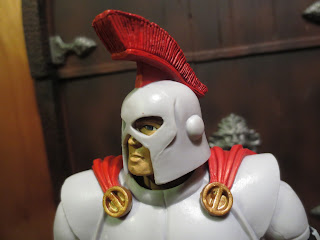 * General Sunder has an awesome headsculpt. Not only can you see his face very clearly through the helmet (it actually looks like a real separate head underneath rather than just a face sculpted onto the helmet) but it recognizably looks like Sunder from the cartoon. I'm also digging the massive crest on top of his helmet. With a helmet like this, you know who the boss is without a doubt. 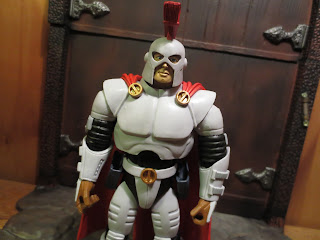 * Sunder is just a great looking figure. Again, while most of the figure is a reuse of the body from the Horde Troopers, the new chest armor with attached cape and crotch piece with holsters helps to make the figure feel uniform with the rest of the troops while still standing out. 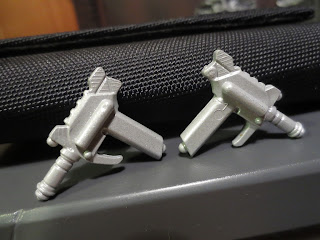 * MOTUC doesn't have that many characters wielding pistols in it, so General Sunder's dual pistols are a rare treat. They're really cool looking and the fit great in his hands. They capture the clunky technological look of Masters of the Universe and just seem perfect paired with one of the Horde's finest warriors. 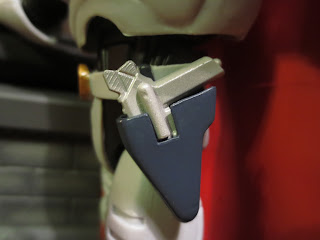 * Not only does General Sunder come with two pistols but he also has holsters for them. The holsters are attached to his belt and perfectly keep his pistols at the ready. I'm such a sucker for features like this! 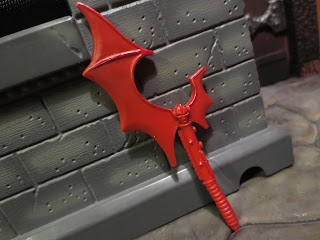 * General Sunder also comes with this really cool axe. It's a newly designed accessory and it fits the Horde aesthetic perfectly! With it's batwing shaped blade, I can imagine that this would be a pretty menacing weapon when used again an enemy. Can you imagine General Sunder clearing a path through his foes with this? 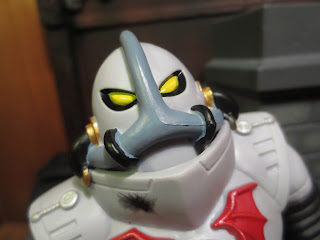 * Ready for something insanely cool? General Sunder actually comes with three alternate heads that can be used on the Horde Troopers that were released back in 2013 (and which are rumored to be getting a rerelease of sorts soon). The first extra head is the Horde Marine Trooper. These appeared in an episode of the She-Ra: Princess of Power and look pretty sweet. Is that a breathing mask? I thought these guys were robots? Well, still cool, anyways. 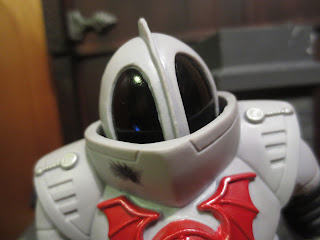 * The second head for the Horde Trooper is the helmet seen in the animated movie Secret of the Sword. It has a more rounded look than the standard Horde Trooper domes and larger visors down the side. 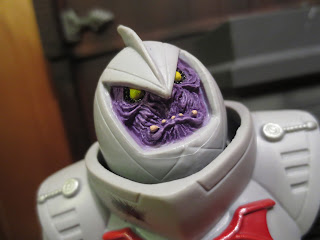 * The third head for the Horde Troopers is this crazy-looking alien head that comes from the new DC Comics series. I'll be honest: I really like this one! It seems to mash the Horde aesthetic with one of the Space Mutants in order to create something extra creepy. That purple color and insanely wrinkled skin are just all kinds of incredible. 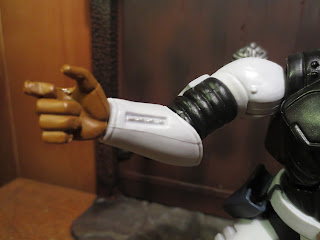 * While the bulky armor doesn't have to much of an effect on the articulation, I was a bit annoyed by the extremely limited range of the elbows. They're swivel/ hinges (quite different from most other MOTUC figures) but black piping on General Sunder's upper arm and armor plating on his lower arm keep them from being able to do much. 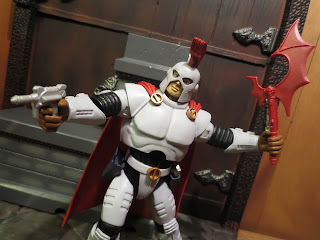 On his own General Sunder is a pretty great figure with cool accessories, an awesome headsculpt, and some very cool armor. Throw in three alternate heads for the Horde Troopers, though, and you have what might be one of the strongest figures accessory-wise to come out of this line. Sunder is one of the best figures of 2016 and is definitely an Epic figure. While I've had some disappoints with MOTUC this year, Sunder is a reminder of how good this line can be when it fires on all cylinders.


Looking for more Masters of the Universe Classics reviews? I'm happy to oblige: