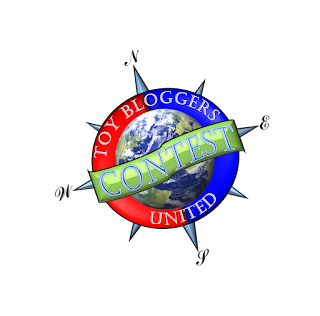 This is it! We're only two days away from Halloween and it's time for your fifth and final entry in the super spooky Toy Bloggers United October 2016 Contest! Remember that all you have to do to win is leave a comment on one of the five posts (leave one on all five for five chances to win) by 8am on Nov 1st EST.

Since we're toy bloggers, today we want to ask you about the toys that scared you as a kid! Here's mine:

Yup. The Ghostbusters ghost zapper. As much as it pains me to admit it, as a kid I was afraid of some ghosts. A few of the ghosts from this toy in particular. You see, this wasn't just a toy Ghostbusters weapon: It actually functioned as a projector of sorts that allowed the spooky spirits to show up on your walls before you pushed the button to bust them. I was pretty young when I wanted this toy (maybe 3) and the ghosts on this thing terrified me!


Here are the images of the ghosts from the viewmaster like reel. If I can recall correctly, the offending images were Gozer (3rd from the top left), the skull (2nd from top right), and the terror dog (top right). Apparently after getting the toy, having asked my parents for it enthusiastically, I brought it to them and told them it needed to be returned to the store. My parents couldn't figure out why I was requesting that and began to play with it, eventually realizing that I bolted behind our old tan recliner whenever certain ghosts popped up. My dad took his picket knife and cut out the terrifying images, thus rendering the toy safe for me! I've collected some way spookier stuff since then, but this toy still stands out as something spooky from my childhood.

What toy scared you as a kid? Let us know in the comments below to be entered into a contest for an amazing surprise prize package with cool stuff from the Harvey Mercheum, Cool & Collected, your old pal Barbecue17! Also, check out the past four weeks! It's not to late to comment on these and get more chances to win! Remember the contest ends on Nov 1st at 8am EST, so comment now!

New comments are not allowed.