Action Figure Review: Prahvus from Masters of the Universe Classics by Mattel 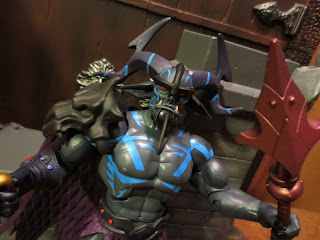 Today I'm looking at the last figure in the Club 200x subscription from Mattel's Masters of the Universe Classics line: Prahvus! While Prahvus really is just a glorified villain of the week in the Mike Young Productons cartoon series, he's an incredibly well designed character who really is tons of fun to add in to your MOTUC collection. Looking like something out of a Dungeons & Dragons Monster Manual, Prahvus adds another independent villain to your action figure shelf. Ready for a closer look at Prahvus the Untamed? Then join me after the break... 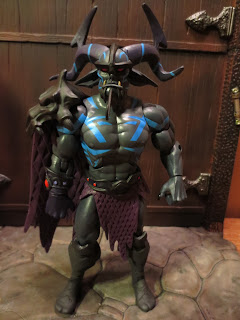 Height: 7 inches (8 inches if you include his horns!)

*Prahvus' articulation isn't much different from most other MOTUC figures, although he is lacking the boot swivel and lateral ankle hinges of some other figures (that probably due to the fact that he has some a number of newly sculpted parts). Still, what's here is incredibly functional and sturdy. The majority of Mattel's MOTUC figures are just incredible toys that are really fun to play with and Prahvus is no exception. 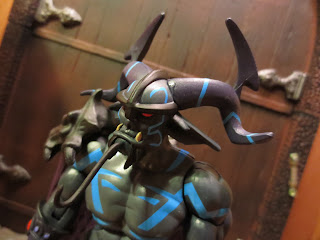 * Prahvus has a crazy awesome sculpt. His body's not that different than an average figure but his scale-mail loincloth, armored boots, and magical gauntlet definitely give him an interesting visual appearance. Of course his headsculpt is the real draw here and it's incredible. His long point ears, massive demonic horns, and creepy long beard all contribute to the otherworldly vibe of this fellow. He's a great looking villain! 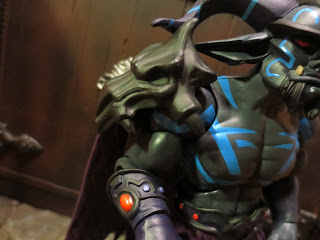 * Prahvus also has a cool looking cape that is attached to the skull shaped pauldron on his right shoulder. It's a really neat little detail and fairly different from many of the other design elements we've seen on MOTUC figures. 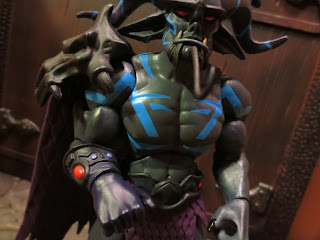 * I love Prahvus' color scheme. His dark skin with bright blue tattoos really stands out! It's an awesome look that nicely resembles the character from the MYP cartoon but that also is very reminiscent of some of the villains from the more recent Legend of Zelda games. His purple loincloth, cape, and glove are awesome, particularly when paired with the bright red decorative gems. 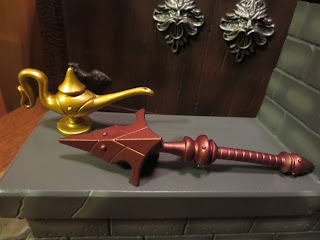 * I'm a big fan of Prahvus' accessories. He only comes with two but they're both winners. The mace is incredibly cool. It's cast in a great metallic looking plastic and really is a wicked looking accessory. What a great fantasy vibe! The magic lamp also has a nice gold color to it and has some beautiful detail. I love accessories that are story pieces and props and this is a stellar one. Whether you decide that it's the artifact that Prahvus has been held captive in or use it to decorate your Castle Grayskull, you'll have a nice new piece to craft some fun adventures with. 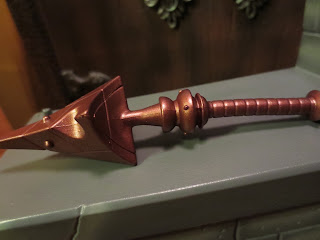 * It's not the end of the world, but Prahvus' wicked looking mace did arrive bent. I'm not sure what caused it but it;'s a bit annoying. The material is fairly sturdy, however, so a little bending and fussing with it should set things right again. Still, not a problem one ever wants to have when receiving new weaponry. 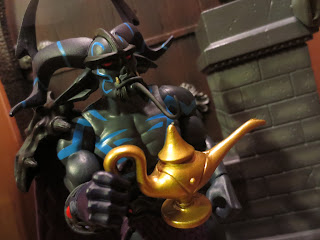 Prahvus is the last figure in the MOTUC Club 200x mini-subscription and I do think he helps to wrap up the series with a bang. All 6 figures (Callix, Evil Seed, King Chooblah, Ceratus, Queen Grayskull, and Prahvus) have really been outstanding and definitely represent some of the best stuff released this year. Prahvus is another Great and a 1/2 MOTUC figure. While the end of the year has been a bit disappointing in the main subscription series, Club 200x really gave us something to look forward to every month since June.

This is Prahvus' first figure but I have reviewed a number of other Masters of the Universe Classics figures, including: