Action Figure Review: Hover Robots from Masters of the Universe Classics by Mattel 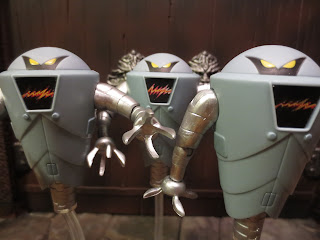 For the past few years Mattel has started offering a traveling convention exclusive that only has limited online sales; the intention is that the figure is sold primarily at various conventions. So far the figures offered have been somewhat difficult to get, but not impossible. Of course, Temple of Darkness Sorceress, Strobo, and Goat Man weren't army builders. This year's traveling convention exclusive, Skeletor's Hover Robots, are. It's kind of odd to make an army builder an exclusive as it seems like something that folks might want multiples of, wouldn't you think? Fortunately, Mattel opted to include three of the Hover Robots in each set. That was a great idea as these guy nearly always showed up in groups in the Filmation cartoon series where they originated (you gotta have robots for the bad guys to beat up in a kids cartoon, after all). Ready for a closer look at the Hover Robots three-pack? Then join me after the break... 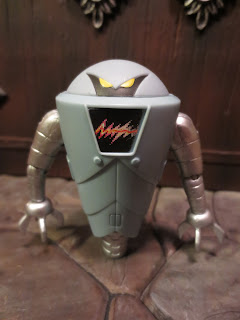 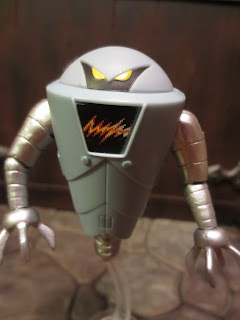 * The sculpt on the Hover Robot is awesome. I'm really loving the rounded, robotic look of these guys. Interestingly enough, and the bio on the back of the card alludes to it, these guys definitely bear some similarities to the Horde Troopers. Another cool aspect of the Hovor Robot is that it has a lenticular sticker where its mouth might be. This makes it look like a view screen or something that shows off the robot's speech waves, which is a pretty cool feature. 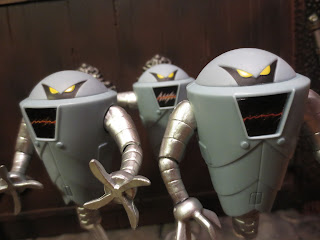 *I mentioned it above but I do think it's cool that Mattel packaged three of these in a set. These guy are definitely more fun in multiples and look great on display. 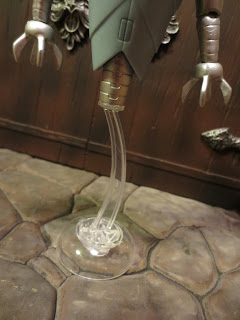 * These guys comes with three bases that plug into the bottom exhaust report of the robots. The bases seem fairly sturdy and keep the Hover Robots up at a nice height! 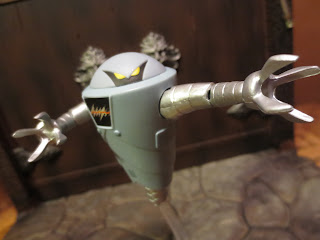 *I'm actually surprised that these guys have as much articulation as they do. I was kind of expecting the most minimal of articulation but the arms actually move pretty well and the head turns, too. You'll be surprised by how expressive these little guys can be. 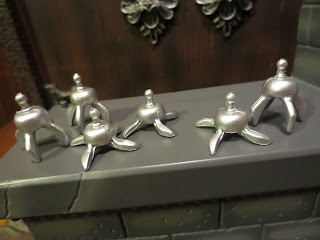 * The set comes with 12 interchangeable hands to use between the 3 robots: 6 "open" hands and 6 "closed" hands. The hands swap easily and definitely give you a little bit of choice in displaying these guys. I wish they'd had some various weapon hand attachments but these aren't bad. 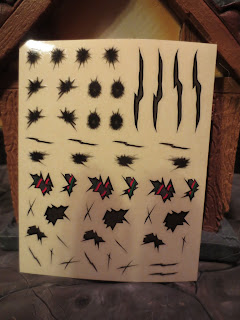 *Rather than use paintwork or tampographic stamps on the figures, Mattel includes a sheet of stickers. These stickers feature various slashes, burns, scrapes, and exposed wiring. The idea isn't bad in and of itself but I would have much rather have had some actual graphics on each figure. Maybe one clean, one scuffed and scratched, and one with exposed wiring. This was probably the cheaper option and my guess is that army builders will prefer this option, but I'm personally not a fan. 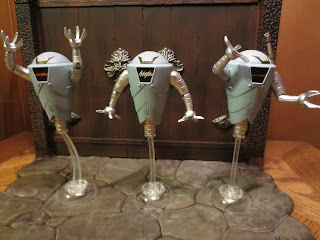 * Since these figures are only available from one source I definitely don't feel opposed to speaking about how they're sold. It really seems bizarre to make a pack of army builders an exclusive item. It's one of those weird Mattel decisions that I just can't wrap my mind around. 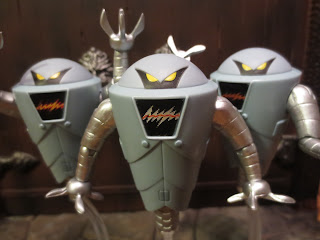 The Hover Robots are a great little set of figures although they're a bit pricey at $35 for the set (plus shipping). I snagged mine when I picked up the Rotar and Twistoid set so I was fortunately able to combine shipping. These guys are fun and definitely fill a nice role in giving Skeletor generic troops for his army (although I still want the Skelcons) and they're nice smaller figures that add some more diversity to the line. Overall, I'm giving this set a Great. Keep your eyes out for these and try to snag them from Mattycollector rather than resellers so that you don't have to fork over an arm and a leg.

I've reviewed plenty of MOTUC figures on this site, including...