Action Figure Review: Despara from Masters of the Universe Classics by Mattel 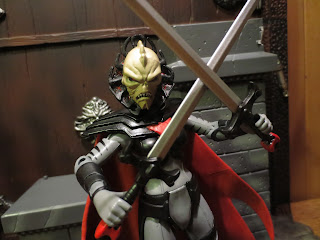 What? You've never heard of Despara? Sure you have: You just didn't know of her as Despara. You might recognize her better as Force Captain Adora. Or maybe She-Ra, as she later became known once she broke free of Hordak's control. Yup, Despara is an evil version of She-Ra that was introduced into DC Masters of the Universe comics sometime in the past few years and she's gained a lot of popularity. Rather than have her growing up not knowing that Hordak and the Horde were actually the bad guys, Despara is a reinterpretation of Adora that has her raised by Hordak and Shadow Weaver to be evil. It's a pretty good storyline and I was insanely excited to see that Mattel picked Despara to be the club exclusive figure for Club Eternia (well, I was excited that she was included, not necessarily that she was exclusive or anything). Ready for a closer look at Adora during her days on the other side of the law? Then join me after the break... 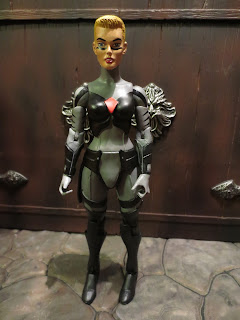 Original Retail Price: $24 dollars with a subscription to Club Eternia 2016. 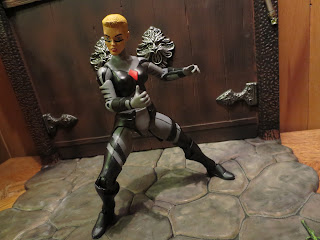 * Despara has some really good articulation. While there's a bit more variety in articulation on the females in the MOTUC line (Adora is missing the thigh swivel but has the boot cut and true lateral ankle hinges) Adora has a mixture of the best there is. She can take deep stances and wield her weapons with the best of them. 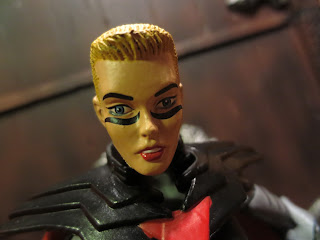 * I love Adora's headsculpt here. MOTUC has been really great about keeping characters with a consistent look unless their is a specific reason not to (i.e. the vintage styled He-Man head), so this version of Adora looks like the previous Adora figure and the various She-Ra releases. I like the shorter hair and the dark makeup under her eyes. It definitely gives her a more serious, warrior-like vibe. 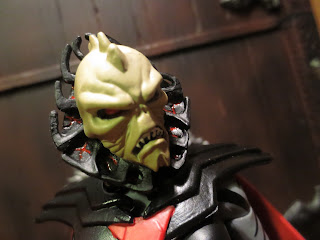 * Adora's head swaps easily so you can pop on her second helmeted head. To show off her allegiance to her dear old dad, Despara's sporting a slightly feminine Hordak mask. I love it and it really ups the creep factor on this figure. This really looks like someone a warrior might wear into battle to terrify their opponents. Great paint work here and everything. 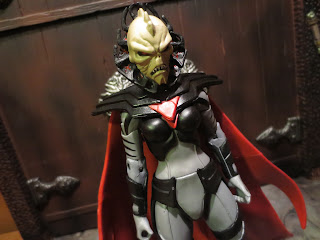 * Despara is sporting the familiar Horde theme of red, black, and grey and she looks good in it. There are some cool black stripes on her upper arms and they're applied very neatly. I love this outfit as it manages to be pretty slick looking while still having a simplicity to it that's welcome. She looks evil, but not over the top "everyone look at me; I'm so bad!" evil. 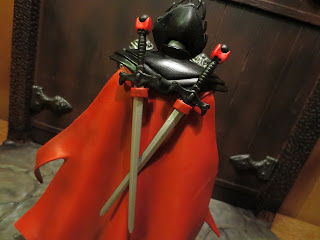 * Despara dual wields some really cool swords. They have black hilts with red pommels and they nicely fit into the little slots on the back of her cape (also removable, by the way). I like these and they look great with Despara. 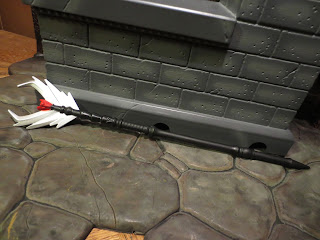 * In addition to her swords Despara comes with a large staff with some wicked looking blades on the end. It's not the most interesting staff in the world but it does make a cool extra for a loyal soldier of the Horde to carry around to show the peasants who's boss. 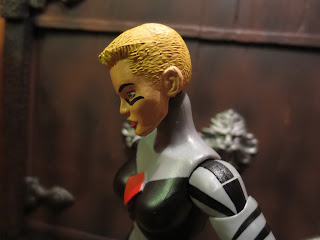 * What is Despara looking down at all the time? Yeah, there is something odd about the ball-joint that keeps Adora's head (both heads in the set, actually) pointed downward at an odd angle. Not sure why this is or if it's a widespread problem but it does kind of drive me crazy. 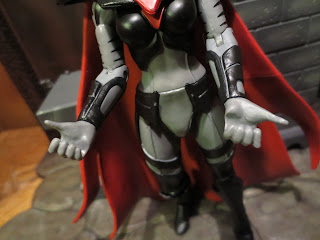 *Despara sure comes with some cool weapons, doesn't she? There's a problem though: Her hands just don't really seem designed to hold them. It's frustrating because her grip seems to wide to hold both swords but too small to hold her staff. I'm not sure how this happened (a design issue or molding issue, perhaps) but it's frustrating. I've been able to slowly reshape her hands using pressure to get her to loosely grip the swords but it isn't an ideal solution. 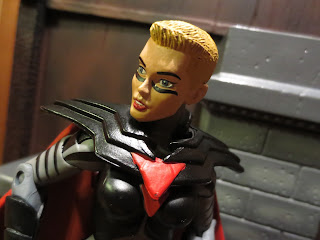 * I like the concept of Despara's removable cape but it is really clunky. The shoulder piece tends to move around quite a bit and seems to have even rubbed some paint off the bottom of Adora's chin. 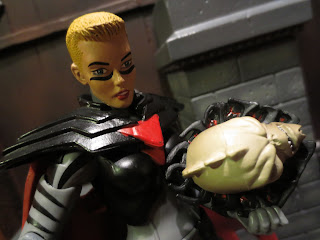 Despara was one of the figures I'd been most looking forward to this year (possibly my most anticipated figure) and while I like her, I can't help but feel like her having hands that cannot really grip her weapons and a constantly downward facing head kind of robs her of the near perfection I expected. She should have been one of the highlights of this line but, instead, ends up being less impressive than most figures that have come before her. She gets a Good and a 1/2 from me, but that rating just doesn't match my anticipation for this one.


The only other figure of Adora/ She-Ra/ Despara I've reviewed on here is Galactic Protector She-Ra. I'm pretty sure she was my favorite figure the year she was released. I've reviewed a number of other Masters of the Universe Classics figures too, including: