31 Days of Toy Terror: Black Falcon (Midnight Special) from The Worst by Super7 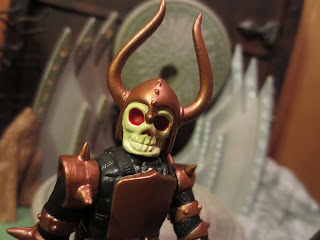 One of the cool things about Super7's The Worst is that these original creations feel like they could belong in any number of other vintage Kenner inspired toylines. Today I'm checking out Black Falcon, the Undead Warlord of Doom who looks like he would be at home in a session of Dungeons and Dragons or in a battle with Ash. As part of the Midnight Special series of figures, available on Super7's website only as a full set of 6, this version of Black Falcon features black and bronze armor, as opposed to the red and gold armor of the standard release. Ready for a closer look at the skeletal warlord that is Black Falcon? Then join me after the break... 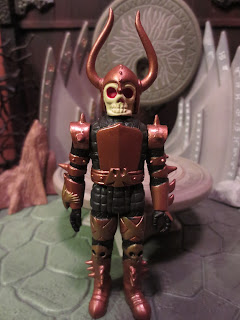 Non-Scalper Price: $90 as part of a set with the other five figures in the series. 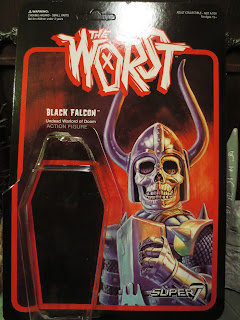 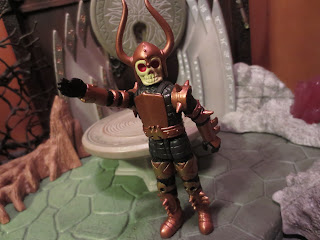 * It's probably no surprise that Black Falcon swivels at the hips, shoulders, and neck. He feels really sturdy and the plastic quality seems quite good. Manufacturing wise, he's everything you could want in a retro action figure. 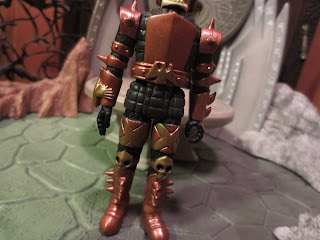 * This armor is pretty impressive. The metallic paint used on the armored bits looks fantastic and the entire set of armor is covered with spikes, studs, and little details such as the blades on the left gauntlet or the falcon on Black Falcon's belt. I like the quilted coat under the armor, too. 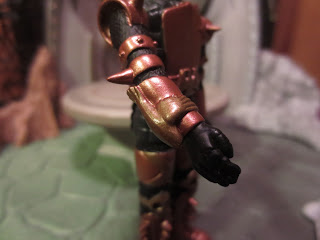 * On Black Falcon's right wrist is this unusual little creature. It's gold so it seems to be a part of his armor, but what is it? Just a decorative detail? Some sort of weapon? A clockwork falcon that comes to life and assists him during his campaigns? Who knows? All I know is that I love unusual little details like this on these retro lines. 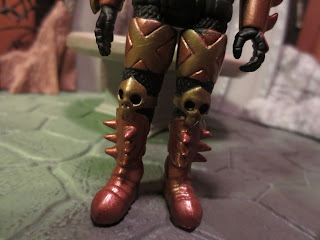 * Yikes! Check out the wicked spikes on Black Falcon's boots and the skull knee pads he's wearing. That's some rough stuff right there. There's actually quite a few little paint details, too, which really helps to bring out the cool sculpted elements on the armor. 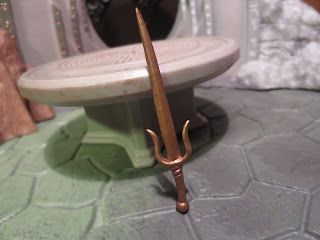 * It's nothing terribly special but Black Falcon does come with a sword. It's molded in a golden plastic and looks fairly sharp. 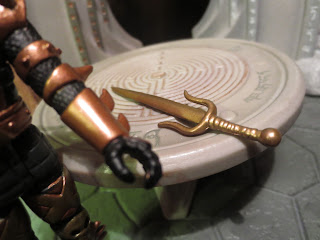 
* While Black Falcon's sword is cool, he really can't hold it that well. It just fits too loosely in his hand for my taste. I also feel like the guy could use a shield, but that's just me. 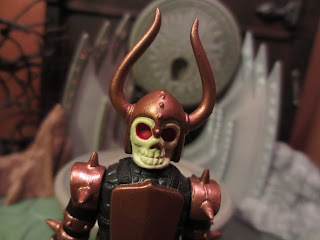 * One of the tough things about the faux vintage figures is figuring out how primitive to make them. I love the design of this headsculpt but I think the skull looks way too soft and gloppy. Again, does it look like something that could have existed in the late 1970s/early 1980s? Yes. Could it be improved while still keeping the retro charm? Absolutely. I wish the skull were a bit more even and sleeker, kind of like the vintage Charon figure from Clash of the Titans. 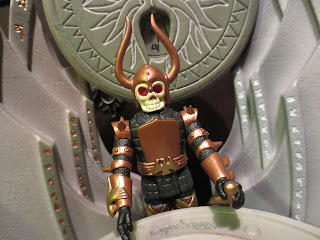 Black Falcon has some really impressive sculpting and paintwork on his armor. The detail work and neatness of the paint here is definitely a notch above what you see on your average retro figure. That skull, though, definitely feels a bit underwhelming to me. That's a huge difficulty of this style: Figuring out how detailed or underdetailed to go. Considering that his armor looks amazing, I'm going to go side with thinking that the head should be more impressive, too. Black Falcon is a Good figure, but he's far from my favorite in this series.

Keep checking back here every day in October and the first week of November for more Toy Terror! Also, make sure to check out the Toy Bloggers United contest being hosted here this month! For more 31 Days of Toy Terror, check out my Hokey Halloween Horror page for spooky fun from 2016 and years past!
Posted by Barbecue17 at 10/27/2016