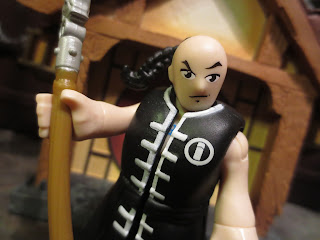 Today I'm looking at....I think he's called the Martial Artist. Or the Chinese Warrior. Or the Samurai. Since Fisher-Price doesn't give the blind-bagged figures official names (they sometimes have a name that shows up in inventory systems) these figures typically just get basic descriptive names. I'm calling this guy the Martial Artist, as many other Imaginext fans seem to be doing. Want to take a look a this cool guy? Then join me after the break... 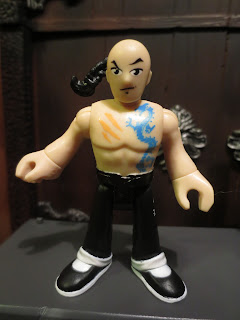 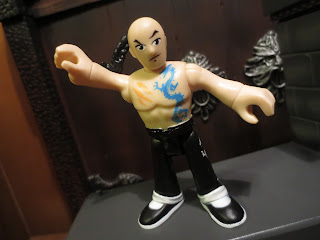 
* Again, I'm always happy with the quality and the articulation on these little guys. While they're only about 2 7/8ths inches, they remind me a lot of some of the various toylines of the 1980s and 1990s I collected as a kid due to the random character selection, the durability, and the accessories. 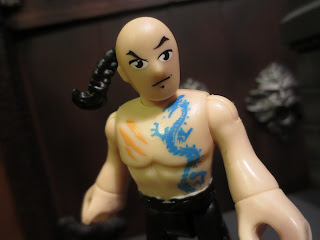 * This guy has a cool headsculpt, a slick hairstyle, an awesome dragon tattoo on the left side of his chest, and some wicked scars. There's a lot going on here and it all comes together nicely. 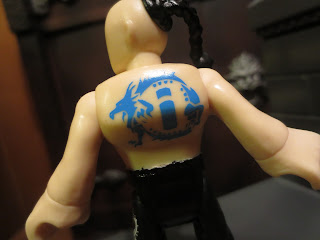 * Check out this cool stylized Imaginext "i" on the Martial Artist's back. I like it. 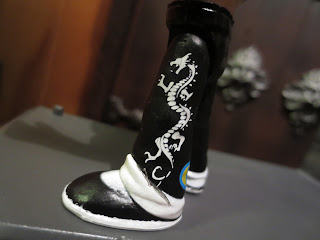 * Also check out those slick pants. When you can walk around with a white dragon all the way down your pants, you know you mean business. 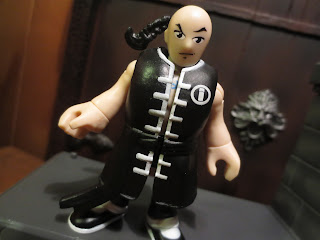 * The robe on this guy is quite cool. It's a very stunning black robe with white trim and it is very easy to place on the figure. It splits up he midle and slides right over the Martial Artist's shoulders. 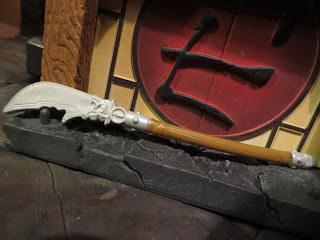 * The Martial Artist comes with a guandao and it looks pretty sick. This is definitely a much more intimidating weapon than I would imagine a Fisher-Price toy coming with. Not only does it have a silver blade with a wood grained handle but there is also a really cool Imaginext "i" logo at the base of the blade. This thing is a good inch and then some taller than the figure, too. 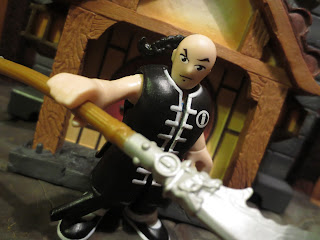 While he's not my favorite figure in the series, the Martial Artist is a really good figure. His accessories are pretty cool, the sculpt is solid, and the paintwork on his tattoos, robe, and pants is all really well done. This guy is a Great and a 1/2 addition to the line and a fun extra character t add in to your Imaginext action scenes.

I've reviewed plenty of other Imaginext figures, including: