31 Days of Toy Terror Lives: Snoopy #330 from Peanuts from Pop! Television by Funko 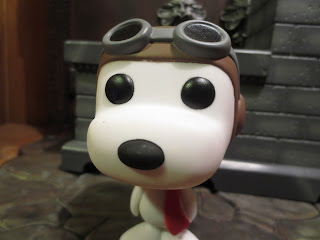 OK, I'll admit that today's installment of 31 Days of Toy Terror isn't really terrifying by any stretch of the imagination. It's totally adorable, though, and is an excellent representative of the Halloween season: It's Snoopy as the World War I flying ace from It's the Great Pumpkin, Charlie Brown! This Walgreen's exclusive series of POP! figures has been one of the coolest treats of Halloween 2016 and I'm really glad to be sharing another figure from this series on the site. Snoopy is pretty much the cutest animated dog ever and a true icon in comics and animation. Let's take a look at the world's most popular beagle after the break... 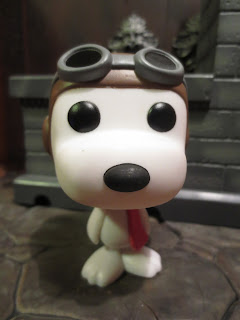 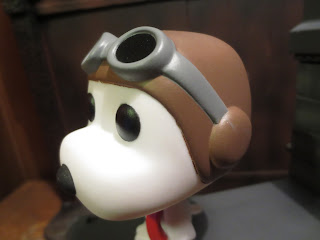 * I really like the look of Snoopy's goggles! I actually bought a costume pilot's cap and goggles last year as I was contemplating trying to dress up as Snoopy in this costume for Halloween (with my little one being Woodstock). We ended up going as characters from The Force Awakens, though. Anyways, I like the sculpt here: Very simple but very Snoopy. 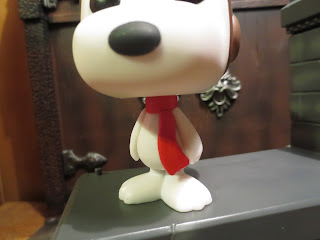 * I'm also digging the inclusion of the scarf. Again. it's a very simple sculpt (although it does seem to be a separately added on piece) but it nicely completes Snoopy's World War I flying ace costume. 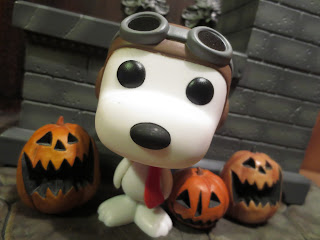 Snoopy's an extremely simple Pop!, but that kind of fits the Peanuts aesthetic, doesn't it? Anyone who's ever seen Snoopy should probably automatically identify this (unless they think it's Brian from Family Guy). Snoopy's a Good and a 1/2 Pop! but, when you pair him with the Ghost Charlie Brown and Lucy Van Pelt in her witch costume, you have a real Halloween powerhouse. I'm really excited to have these three as Pop! vinyls. It's the Great Pumpkin , Charlie Brown is a true holiday classic and having these fellows sitting around on the mantle or by a bowl of candy as part of the festivities just feels right!

Keep checking back here every day in October for more Toy Terror! Also, make sure to check out the Toy Bloggers United contest being hosted here this month! For more 31 Days of Toy Terror, check out my Hokey Halloween Horror page for spooky fun from 2016 and years past!
Posted by Barbecue17 at 10/29/2016