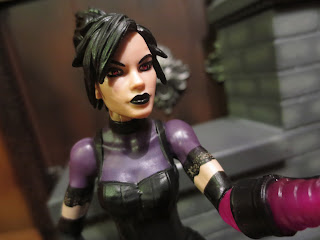 Off the bat, I'll let you in on a little secret: I had no idea who Nico Minoru was until I saw this figure released as part of the Doctor Strange themed Marvel Legends series. Sold as one of Hasbro's 'non-variant' variants alongside Enchantress (Mystic Rivals), Nico is an incredibly powerful witch who has been part of the Runaways and A-Force in the little over a decade that she's been around. This as absolutely a figure I picked up simply because of how cool she is. She kind of strikes me as a mixture between Cassie Hack, Lydia Deetz, and a Hot Topic employee. The amount of extras such as an interchangeable magic imbued arm and an energy effect also make this one stand out. Let's take a closer look at Ms. Minoru after the break... 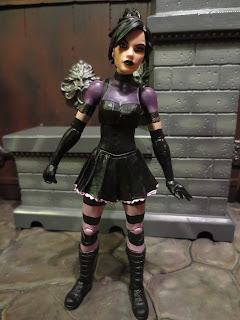 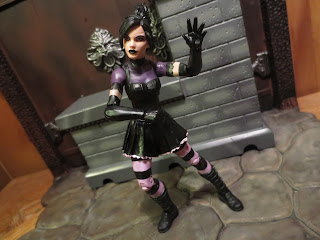 * I've been really happy with the articulation on pretty much ever Marvel Legends figure I've purchased over the past few years and Nico is another figure that's a joy to play with. Solid, durable, and with great articulation, she's a ton of fun to pose and put in a variety of magic casting stances. 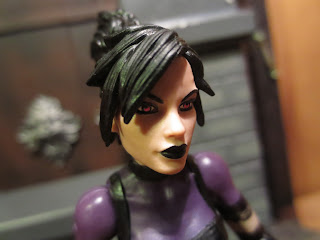 * This is a really good headsculpt with incredible paintwork. I love Nico's red yes and black lipstick. Her funky ponytail is also incredibly cool and looks incredible. This might be one of my favorite Marvel Legends headsculpts from 2016. 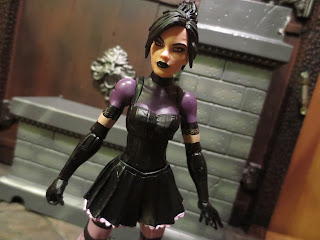 * Nico's outfit is incredible. Seriously, the torso appears to be an all new sculpt as it's a goth styled dress. I love the look of this and the color scheme of black and purple, which I'm always a sucker for. The skirt is an extra piece attached over the outfit, but it leaves plenty of room for hip movement. 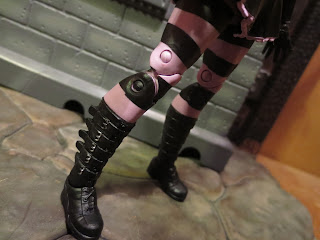 * I'm also digging these lavender and black striped leggings and these really complicated goth boots. You can't go wrong with an outfit like this.

* I honestly can't remember another Marvel Legends figure from Hasbro that features interchangeable arms, so is it possible that this is the first instance of the feature? Yes, to replicate her arm becoming imbued with magical powers Nico comes with an alternate left arm with a translucent pink hand and a gauntlet of some kind. It looks really boss and adds to this character's coolness. 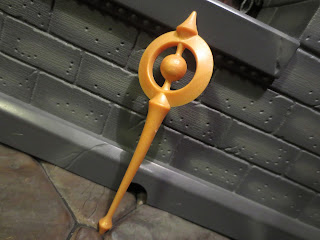 * As I admitted in the introduction, I have never heard of Nico Minoru before discovering this figure. I did do a bit of reading up on her before writing this review, though, and this isn't just a normal magic wand: It actually ejects from Nico's body whenever she bleeds and says the words "When blood is shed, let the Staff of One emerge." It's a nice sculpt, an interesting design, and it fits securely in the figure's hands. 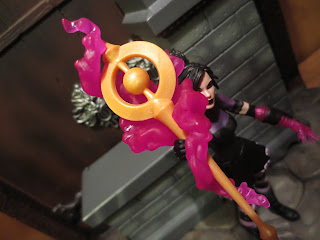 * I'm a huge fan of energy/ blast/ magic effects on figures and Nico's pink energy effect is beyond cool. While it's designed to fit extremely well over her magic wand, it also can be attached to her arm if you use a bit of creativity. I love stuff like this and I'd love to see more toylines adding in these types of accessories. 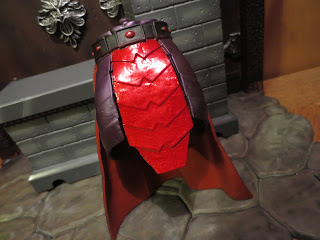 * This Doctor Strange inspired series features a build-a-figure of Dormammu, a character who apparently has a long and storied history but that I had never heard of before learning about this series. I'm always a fan of build-a-figures, even if I'm not planning on building them (which I'm not with Dormammu). I'll happily trade this waist piece to anyone who is planning to, though! Any takers? 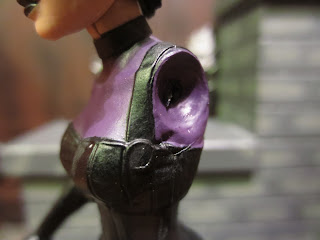 
* The only complaint I have about this figure is that the interchangeable arms are quite tough to swap out. It really takes some force to pull either out of the left arm socket. Something a bit easier to swap would have been so much nicer. 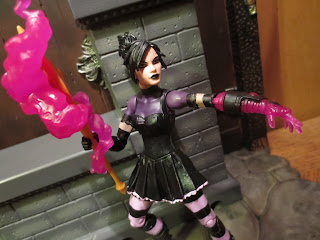 A very unique sculpt so far as Marvel Legends go, great paintwork with a really appealing head scheme, and some excellent accessories go a long way towards making Nico one of my favorite Marvel Legends releases this year. She's just incredible. The energy effect on her wand and the alternate left arm coursing with pink energy really give you some terrific display options as well. While I currently only own Enchantress and Nico Minoru from this series, looking at all of the figures released makes me think she might be the most impressive. She's an Epic figure.

I'm not sure there have been any other Nico Minoru figures before, but I have reviewed a number of other Marvel Legends Series figures, including: